Last Call: Apply to Be an NR Institute Burke to Buckley Fellow in Chicago

Something to Consider before July 4th

This being my last day at NR, the editors have kindly given me permission to say goodbye in NRO’s public forum.

There’s too much to say or contemplate. How about this? Did a lot over 31 years. Wrote articles, sold subscriptions, raised funds, ran cruises (lost count, maybe three dozen), replaced broken faucets, built desks, point-manned an idiotic lawsuit, published a slew of kids’ books (and non-kids’), created Kaj Relwof (thereby saving others the embarrassment of being last on those “31 Speakers on The NR Cruise” lists), was the first conservative blogger (Town Hall, founded by NR in 1990, Yours Truly its all-day, every-day ringmaster, and yep the boast is weird, but alas it’s true), podcasted, had drawings published in the back of the magazine, made many friends, made a few enemies (probably an understatement).

This too: A frequent author of obituaries of departed colleagues, these R.I.P.s were said to be well done, but there is nothing here to brag about. All remembered deserved to be remembered, small fries and big shots. Or more appropriate — they deserved to not be forgotten. I pray I did their memories well. Theirs fill my thoughts too frequently.

It went like this: One day you’re a schlub from the Bronx who gets a lucky break (thanks, Maria), and a decade or two later you look up and realize you have friends named Buckley and Capano and Bork and Novak and Hyde and McGurn and Rhodes and McFadden and Lowry and Longstreet and Jenkins and Kilbridge and Hanson and Brookhiser and Hillen and O’Sullivan and Nordlinger and Ponnuru and KLO, which is a name. Can you be blamed for thinking that Sesame Street tune — one of these things just doesn’t belong here — was about you? Because you’re still a schlub from the Bronx.

This journey of no straight lines had a highlight: Ed Capano, paisan and boss, made me publisher in 2006 (the baton passed to Garrett Bewkes in 2017). This could not have happened without Bill Buckley’s approval, given despite the odd choice. But then NR is an odd place. You’d think a publisher would have business braggadocio in a résumé. But at NR, where there is an unusual and intimate relationship between the institution and its readers, Bill was certain that the schlub loved the readers and donors and cruisers, and that maybe the feeling was mutual — a thing not unimportant to NR’s survival. Bill was right: But for the occasional chooch, I do love them. And always will.

Here, a cruise story (in extremis) that relates these unique dynamics. Kevin Longstreet, at dinner, across the table, gets that look, utters a %$#*&, signals Defcon One: A fight has broken out at the adjoining table. Cruiser John is walloping Cruiser Vern in the back. Commotion! Clatter! Spillage! Break it up! Except — it wasn’t a fight. John (a doc) was attempting to dislodge a meat bolt from Vern’s esophagus, via the method required when two protruding guts preclude Heimlich maneuvering. John’s efforts succeeded: Punch . . . punch . . . punch . . . eject! Out flew the meat, memento mori mignon. Vern, eventually recovering, shared that he was passing out, and likely away. Amidst the ruckus, he accepted that he would perish, then and there. (God had other plans: Vern would live another 23 years.) Becoming philosophical, he told us with sincerity: “If I had to die, I’d have wanted to die on a National Review cruise.”

An oxygen-deprived tag line? We never adopted it as a marketing pitch, or had T-shirts made brandishing the memorable wish. But Vern’s admission spoke, in its weird way, to this unique bond, held by many readers, even those lacking near-death cruise experiences, with NR. The first time I met Bill Buckley . . . or I remember the first issue I bought, it was a rainy Tuesday . . . and I was in the Firing Line audience in 1972 . . . and the like are a dime a dozen. Well, actually, priceless in each case.

Show up to the offices of Time on a Friday, late afternoon in July, and boast that you are a subscriber and want to meet the writers. Security will be called.

Do that at NR and you will be welcomed, regaled, bestowed with gifts. Yes, there is something quite different and beautiful about this place Bill Buckley created — and the sustaining and persisting bonds he forged with our readers, supporters, friends.

No more regaling. Old Paint is saddled. Before riding off, bound eventually for the glue factory, but not yet, still being on the clock, I have one final matter to attend to. True, there’s no webathon happening now. But may I call an audible?

I ask, humbly, that if you love NR and want to see it endure and fight, would you please send a donation here?

I knew you would! Thanks so very much. (No, it’s not tax-deductible. But your selfless self doesn’t care about that.)

To my colleagues, past and present (especially beloveds Kate, Elena, Emily, Brooke, and Amy, who directly assisted this lout with decency and probably a hidden can of air freshener), surely we’ll meet again some sunny day, as Vera Lynn promised. Lucky I have been to have called NR my home, to have been blessed and graced by their camaraderie, and by that of my loving family and a Merciful God.

He is said to protect fools and drunks and the United States of America and, with your help, National Review.

Kaj has left the building. 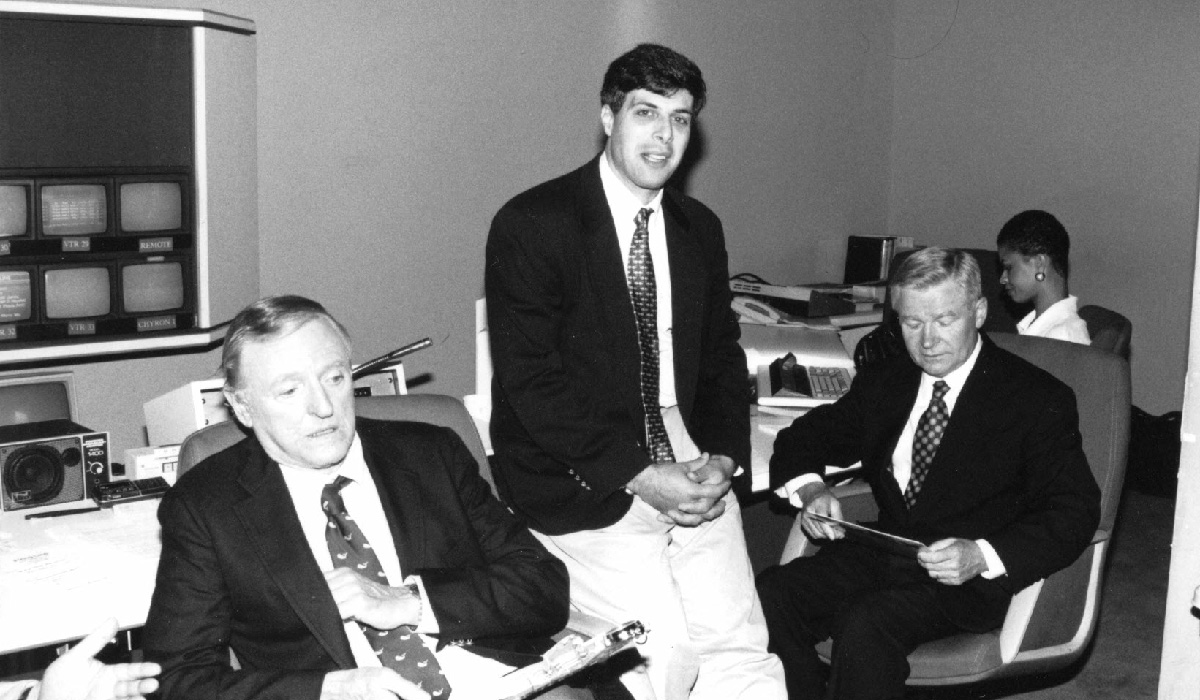