Biden wants to make corporations pay their ‘fair share’ at the expense of economic growth.

One of the central questions about the Biden administration’s proposal to raise corporate-income taxes concerns who, between investors (presumably rich) and workers, will bear the cost. While fodder for divisive class warfare politics, this is entirely the wrong question. The issue is how this proposal will affect the economy. 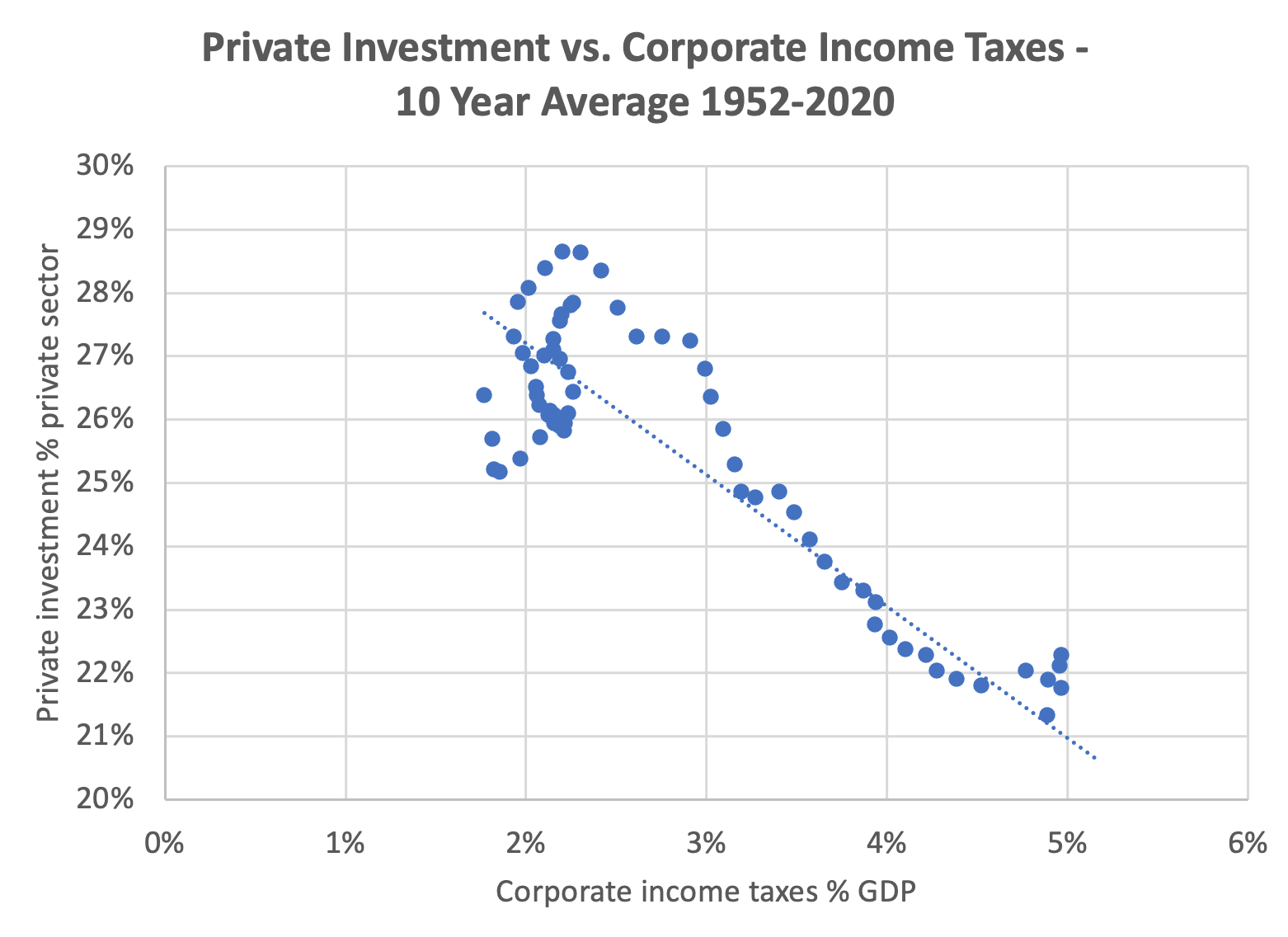 Back to class warfare, economists on the left claim that “just” 20 percent of the burden of corporate-income taxes falls upon labor. This estimate seems high, given that about 50 percent of the total value-added in production is paid out in compensation and that labor’s factor share is over 60 percent in the U.S. economy. Even at 20 percent face value, though, why boost a tax that indisputably reduces investment and harms labor? 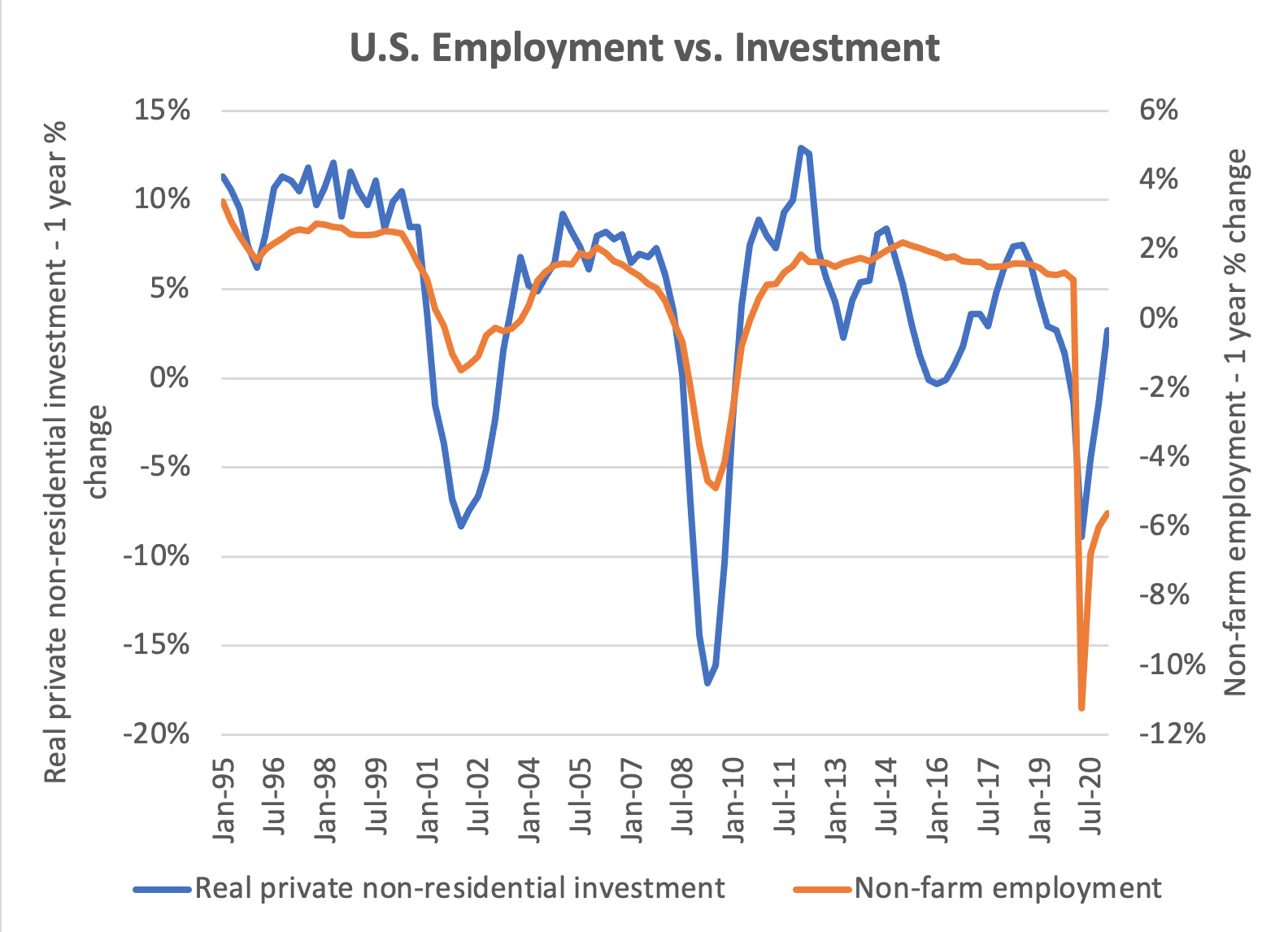 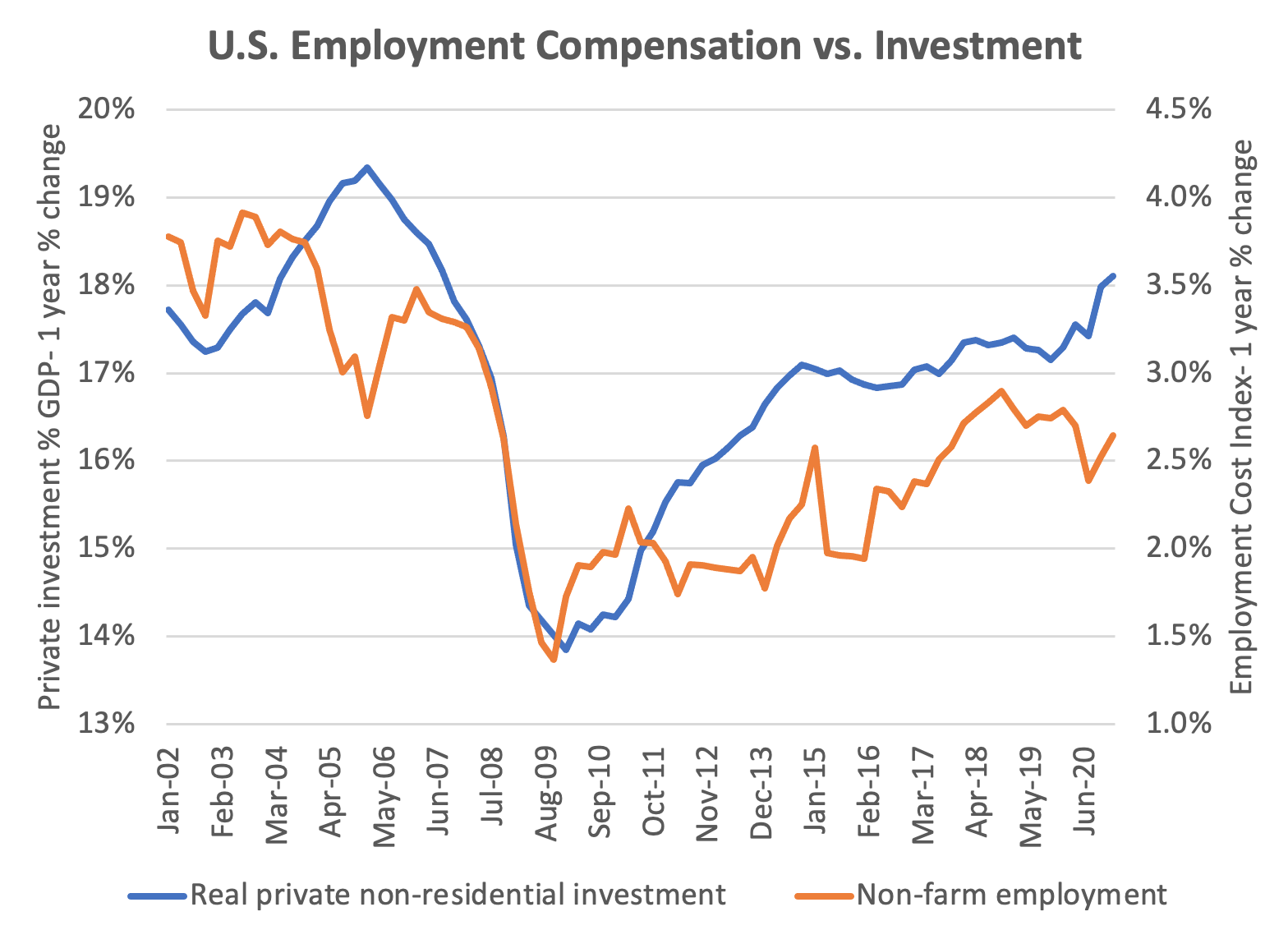 The positive synergy between investment and income applies globally. The following chart depicts the total stock of capital investment versus GDP, both per capita, for almost every country in the world. 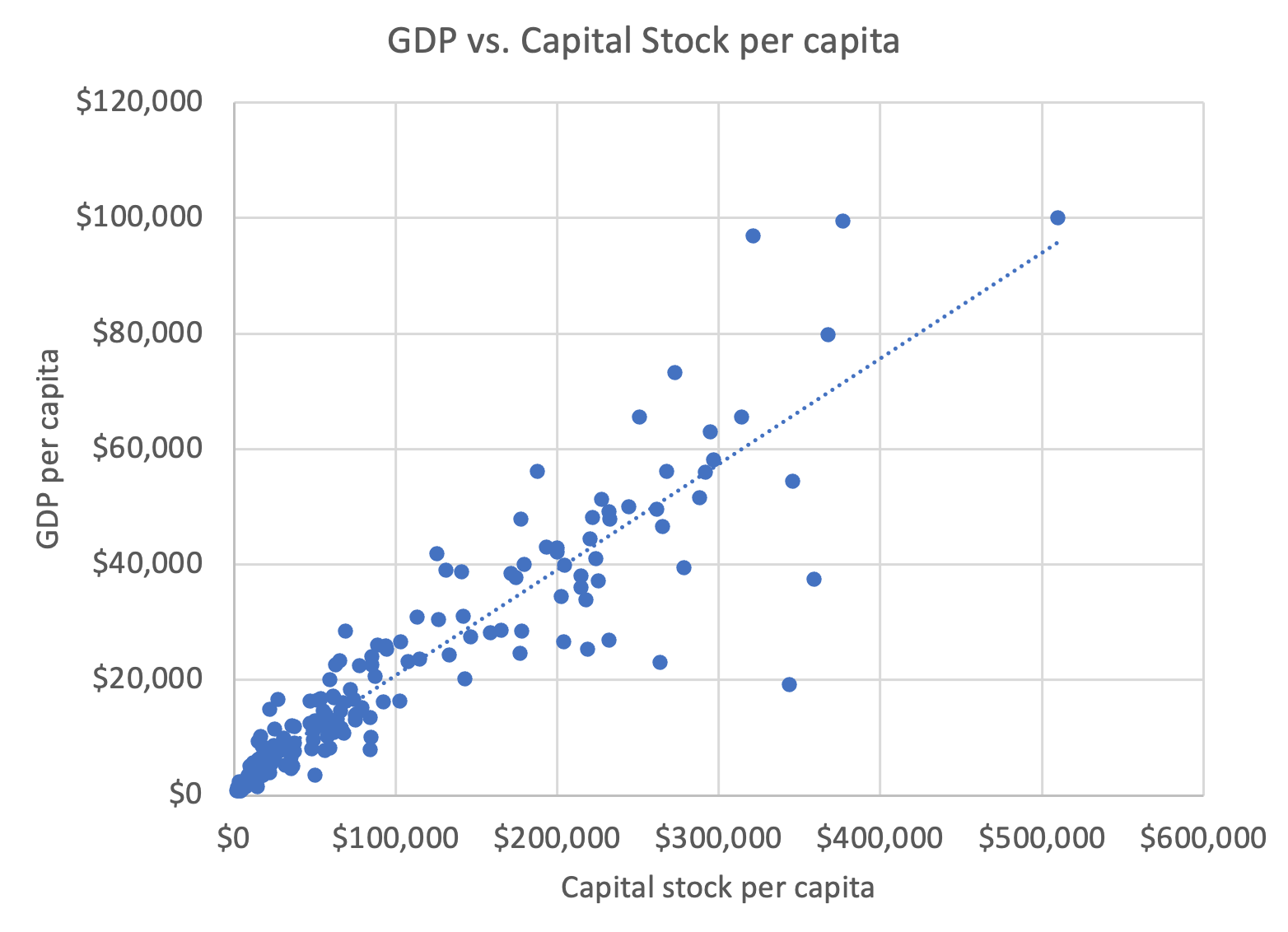 However economists come out on corporate taxes, there is near unanimity that investment benefits an economy and its workers. Economic fundamentals identify four basic sources of economic growth — labor, knowledge, capital investment, and land, including natural resources. They’re not making more land. Labor population grows slowly and needs other sources of growth to increase incomes.  Technological progress generally requires capital investment. In the short to medium term, we must rely on investment to grow the economy, jobs, and incomes.

There used to be bipartisan understanding of investment’s importance. The former Democratic senator, Treasury secretary, and vice-presidential candidate Lloyd Bentsen was, his press secretary told the Washington Post in 1992, “a strong believer in the need to spur investment, to spur savings.” The author of that Post piece also noted that Bentsen had been an “early advocate of a plan to sharply reduce corporate income tax obligations.”

The depth of economic understanding and dedication to the nation’s overall prosperity that once characterized at least part of the Democratic side has now been overwhelmed by “progressive” ideology. Its partisans are engaged, whether as a matter of sincere belief or simple opportunism, in a push designed to secure political advantage by dividing Americans, taking “aim at income inequality,” by targeting wealth both directly and indirectly through the corporate-income-tax hikes, regardless of the adverse economic consequences.

Tax proposals should be evaluated not by their effect on interest groups or income brackets but by their impact on economic growth as a whole. Corporate-tax hikes may hurt the rich, but they also hurt workers, by reducing investment. Economic health and citizens’ welfare should be the goals that matter. There is no moderation in meeting the Biden proposal halfway. The best course is to further cut corporate taxes, moving us from the average of advanced economies to the forefront, to spur, not stifle, our recovery.