New York City mayoral candidate Kathryn Garcia goes to Planned Parenthood. She could do so much more.

‘We don’t want women to die in childbirth,” Kathryn Garcia, who is running for mayor of New York, told me on March 30. The former head of sanitation in the city just got a surprise New York Times endorsement, raising her stature in the race to succeed Bill de Blasio. I encountered her when she was giving remarks outside Manhattan’s flagship Planned Parenthood in Lower Manhattan, where unborn children die. When I asked with honest curiosity why she would choose an abortion clinic to talk about such a unifying issue as maternal health care, she repeated a few times that she is for a woman’s right to choose. She also insisted that Planned Parenthood provides an “enormous” number of other services. The priority of abortion, however, has been reaffirmed of late by Planned Parenthood. Garcia was adopted as an infant. She is in a unique position to change the way our national debate about abortion looks. She could uniquely be a voice for the young scared black and Hispanic girls going into that very clinic day in and day out, and for their babies. The girls could choose adoption and allow the next Kathryn to be born — if we’d rally behind real options.

It’s hard not to have some respect for anyone who would want to take on the job of mayor of New York at this point in history. If you’ve heard dark things about the city: It’s worse than that. Men walk the streets with their eyes glazed over, screaming expletives and obscenities, betraying their addiction and misery. It’s a common sight to see a man going into the sidewalk trash cans to drink the rest of a discarded Starbucks latte, or collect pizza crusts for food. Even if you try to walk the streets with an openness to help in small or bigger ways, it gets overwhelming quickly. I’m not sure the streets are safe at night — or during the day, as those recently shot in Times Square would attest.

That’s all to say: Thank you, Kathryn Garcia, for wanting to tackle such a job. Politics today isn’t considered noble work, but it should be. People who feel called to public service are a necessary blessing. In recent years, politics has become a circus, but even here in New York, in our lifetimes, we’ve had mayors who were accessible and reasonable, regardless of whether or not you supported them. It’s hard not to think of the beautiful friendship between Ed Koch and Cardinal John O’Connor. We need witnesses like that more. You don’t have to agree on everything to be friends and collaborators.

What was most striking my brief encounter with Garcia was what different planets we seem to live on — those who support legal abortion and those of us who consider it the human-rights travesty of our day here in the Unites States in a particular way. Sonogram technology means we know better. Other pro-life sidewalk counselors, too, were there. And they were both saddened and bewildered. Why go to an abortion clinic to talk about maternal health? Garcia was introdued by a revered midwife, who, in her remarks, expressed gratitude for the Reproductive Health Act signed and celebrated by Governor Andrew Cuomo. The abortion-expansion act made it possible for midwives to be abortion providers. Like doctors actively ending life, this seems so contrary to the vocation of the midwife.

Back when he was running for the Democratic nomination for president, another mayoral candidate, Andrew Yang, talked about the tragedy of abortion. He’s having to explain and walk back that language now, under criticism. But this is how extreme politics has gotten. How different some of these girls’ lives would be if they knew they would be celebrated as the heroines they would be if they chose adoption for their babies. Of course, it’s terrifying to be unexpectedly pregnant. And we live in a culture where abortion is the seemingly expected response if you’re young or single or black of Hispanic, it seems, as in recent years we’ve seen that in some zip codes more black babies will be aborted than born. Anyone who has a Black Lives Matter sign in their window ought not look away from this. At that same Planned Parenthood, I’ve seen too many young women — girls, really — who are filled with fear and pain. And there is unbearable pressure to abort. They deserve better.

Garcia is a mother who was adopted in her earliest days — as an infant. She could do something amazing for New York City and for the whole violent culture we all live in, and she would if she wanted to be a transformational candidate.

When there is violence on the street, we should think about the violence that happens inside an abortion clinic. We need to recognize mothers as mothers and not be part of the pressure to end the lives of their children. We can be pro-choice or pro-life and work together to see that there is informed consent and real choices. Kathryn Garcia has not given any indication she has a heart to be that kind of leader, but what a mercy it would be — blazing new trails — if she chose to be.

This column is based on one available through Andrews McMeel Universal’s Newspaper Enterprise Association. 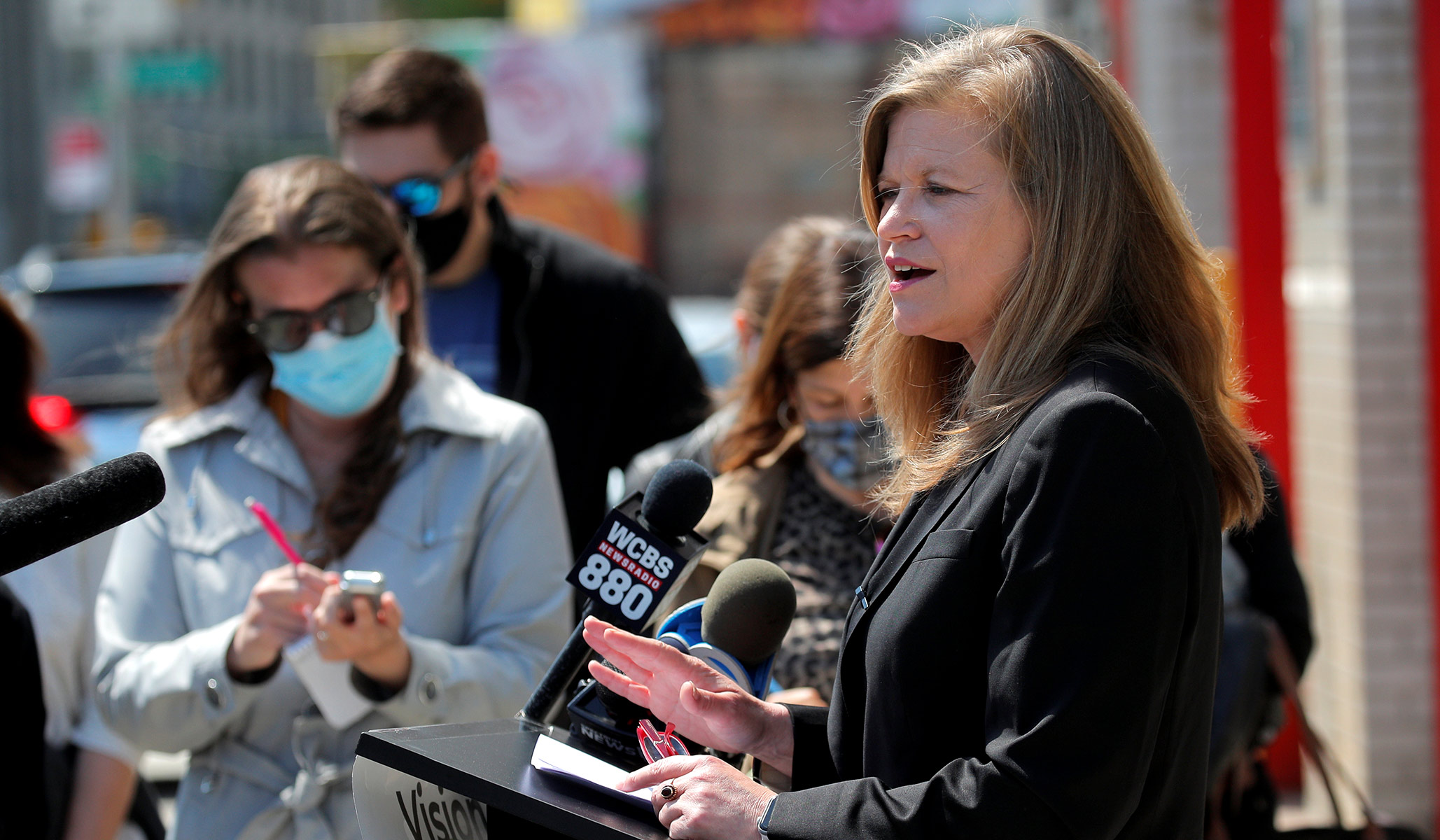