Americans in the pandemic; the spirit of liberty in Budapest; the Stars & Stripes and the pride flag; and more

From the beginning of time, surely, older people have said, “The world has gone soft. Men and women aren’t what they used to be. They have lost their mettle. Everyone is spoiled. Decline has set in. That’s all she wrote.” No doubt they were saying this in 623 B.C. No doubt they will be saying it in 3623 A.D., if we’re still around (we the human race).

I’m going to give you some more: a grumpy-old-man act; an equivalent of “Get off my lawn.”

In recent days, I have been thinking about pandemics — the pandemic now lifting, and pandemics of the past. Plague is nothing new — nothing new to mankind. It is new only to the living (and dying). Nicholas Christakis, the social scientist and physician, was making this point to me in a recent podcast.

I was thinking, What if generations past — generations who have known plague — could see us now and talk with us? What would they think?

Then there is Zoom education, and the widespread wailing about it. I’m trying to think what we would tell our forebears: “We got this thing where you can communicate with people all over the world. You look at a screen. They see you, you see them. They’re in their home, you’re in your home. During our plague, we continued education this way.”

In recent months, I have heard, “Society will never be the same. These children — our poor, unfortunate children — have lost a whole year.” Etc.

Then these vaccines came along. They are available to one and all. You can walk into a Rite Aid and be vaccinated for free. But, thanks largely to the media they consume, many people are reluctant to be vaccinated. So, the governor of Ohio has started a lottery, to induce people to get vaxxed. The governor of West Virginia has started offering people guns, trucks, and cash.

I’m afraid that people of the past would consider us the softest, most spoiled people ever. Too soft to live; too spoiled to live. I’m not sure they’d be wrong.

So, that’s my old-man act (although I may have a few more up my sleeve, before this column is done). I think of Falstaff, in the Verdi opera: “Mondo reo. Non c’è più virtù. Tutto declina.” Wicked world. There is no longer virtue. Everything is in decline.

I know what you mean, fat boy.

• This was pretty hard to take: “A freshman was ‘hazed to death,’ his family says. 15 former fraternity members now face charges.” That was a tweet from the Washington Post. The article in question is here. The caption under the photo says, “Sam Martinez, 19, was a freshman at Washington State University when he died of alcohol poisoning at a fraternity event.”

Okay, I’m going to say something that’s gonna tick a lot of people off (which is apparently the job of this column). My critics like to call me a “toxic individualist” — someone not attuned enough to the values of community, rootedness, solidarity, and all that stuff.

Some people like to quote Scripture: “Be not conformed to this world.” “Come out from among them, and be ye separate.” People may like to quote it — but don’t nobody wanna do it. It is so very, very hard.

• A tweet, from an American embassy: “The U.S. Embassy to the Holy See celebrates #PrideMonth with the Pride flag on display during the month of June. The United States respects the dignity and equality of LGBTQI+ people. LGBTQI+ rights are human rights.”

As I see it, the American flag suffices. It represents “liberty and justice for all” (to borrow an old phrase) — certainly the ideal and aspiration. I don’t believe there need to be supplemental flags at our embassies.

• As you know, the Orbán government in Hungary is building a campus for a Chinese university — a campus in Budapest. It is the first Chinese campus outside China. Orbán and the Chinese government are drawing ever closer.


In Budapest, there remain some opposition politicians, including municipal ones. In time-honored tradition — we have done it here a lot, in the United States — they have renamed the streets around the campus: Dalai Lama Road; Free Hong Kong Road; Path of the Uyghur Martyrs; etc.

I’m glad that the spirit of liberty is still alive.

• Over the years, I have written a lot about colorblindness. It was considered a great virtue — an important ideal — when I was growing up. Now, people snort at it, when they don’t trash it.

In 1998, Vice President Al Gore was addressing the NAACP. He said, “I’ve heard the critics of affirmative action. They talk about a colorblind society. Give me a break! Hel-lo? They use their ‘colorblind’ the way duck hunters use their duck blind: They hide behind it and hope the ducks won’t figure out what they’re up to.”

For my general views on the subject, try this column from a year ago.

In any case, I was sort of touched by something I read in an obit last month — an obit of Rennie Stennett, the second baseman for the Pittsburgh Pirates.

On Sept. 1, 1971, in a game against the Philadelphia Phillies, he was the leadoff hitter for baseball’s first all-Black and Latino starting lineup.

“When it comes to making out the lineup, I’m colorblind,” the Pirates’ manager, Danny Murtaugh, told reporters after the game. “And my athletes know it.”

• Two weeks ago, Bret Stephens wrote a column headed “Anti-Zionism Isn’t Anti-Semitism? Someone Didn’t Get the Memo.” Excellent column, as usual from that writer.

In this world, there are people who are anti-Zionist without being anti-Semitic. Some Jews, for example. But as a rule . . .

I often quote something Paul Johnson said, when I raised the question with him: “Scratch someone who says he is anti-Zionist, and you won’t have to dig very far before you find the anti-Semite within.”

• George F. Will wrote a column on test scores and Asian Americans. It reminded me of something Abigail Thernstrom told me, many years ago. Well, in 2001, to be exact. The president of the University of California system proposed doing away with the SAT. Said Abby, “This is a dagger aimed at the heart of Asians.”

• Back to George Will — who for 50 years has written well-nigh aphoristically. And sometimes you can do without the “well-nigh.” As an exhibit, I offer you the opening of his latest column:

Rutgers University’s chancellor and provost, who are weathervanes in human form, lack the courage of their convictions, which they also lack.

• I don’t want to keep you all day — there have been some long Impromptus lately, haven’t there? Maybe I can end on a house — yes, a house, snapped in Gaffney, S.C., last week. I would not have thought of lavender for a house. But this ain’t bad, at all. 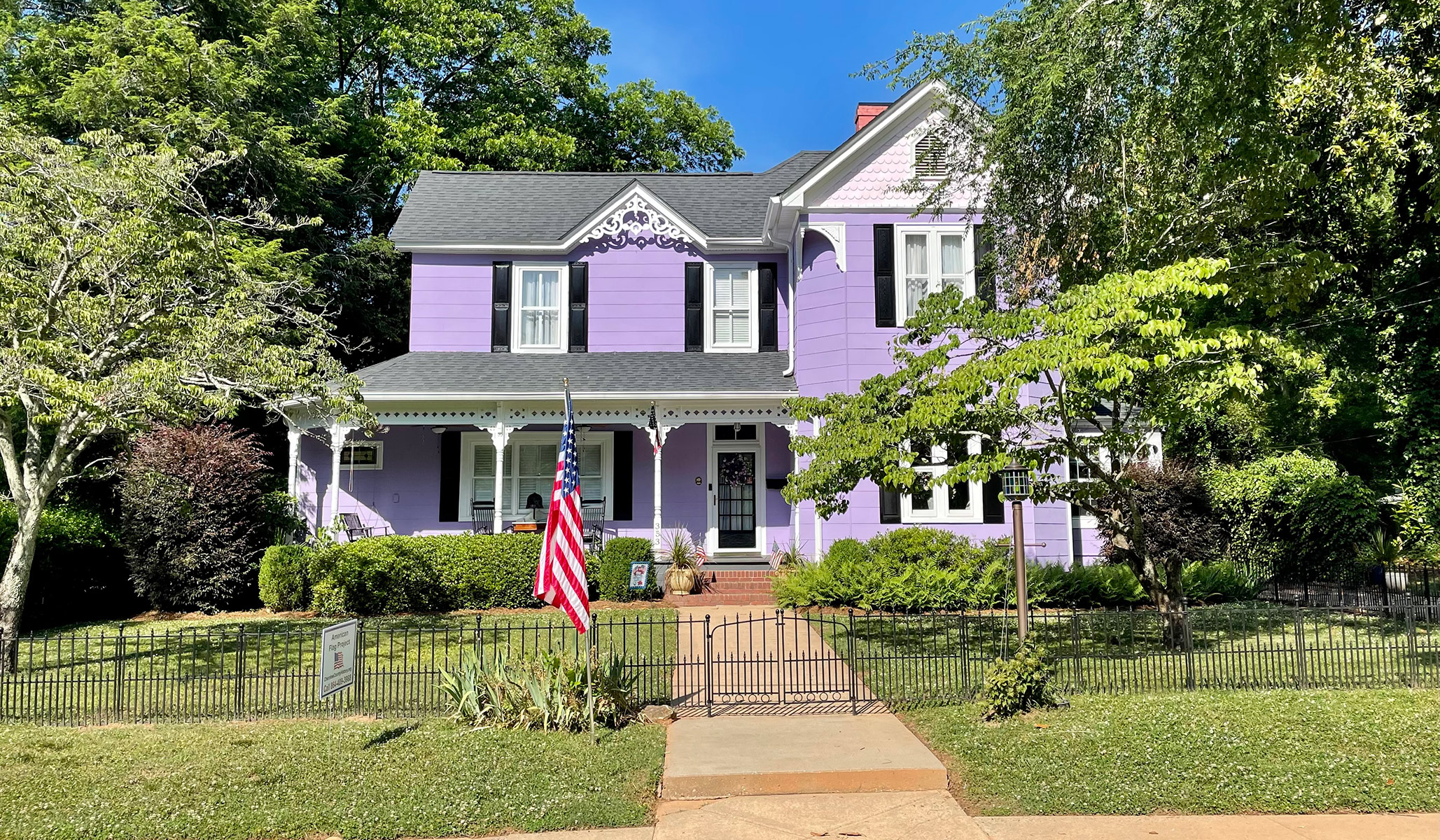 Have a good one, everybody.