On a grand old discipline, a bloody episode in American history, the fate of Hong Kong, the Brzezinski family, and more

There was some pretty startling news concerning the classics — the study of Homer, Virgil, and those guys. Princeton University will no longer require students who are majoring in classics to learn Greek or Latin.

How can that be? And this is Princeton we’re talking about — the home of Robert Fagles, the late, great classicist who translated . . . well, the classics. If Princeton lowers its flag, is there much hope for other institutions?

Speaking of hope, here’s one of mine: that classics majors at Princeton learn Greek or Latin — or both — anyway; that they realize they can’t be true classics majors without one of these languages; that they have higher standards for themselves than their university does.

For a news article on Princeton and the classics by National Review’s Brittany Bernstein, go here.

From what I understand, there are people who want to destroy classical studies altogether. Why? On grounds of elitism, racism, and so on. This article, published earlier this year, will give you a taste: “He Wants to Save Classics From Whiteness. Can the Field Survive?” And the subheading of that article: “Dan-el Padilla Peralta thinks classicists should knock ancient Greece and Rome off their pedestal — even if that means destroying their discipline.”

The professor in question teaches at Princeton.

I have thought of some people I admire — people I have talked with and written about over the years. One is George Walker, the American composer born in 1922. His grandmother was an ex-slave. He knew her well; she lived with the family. Let me excerpt the piece I wrote about him:

He went to Dunbar High, the famous school in Washington — the most famous high school for blacks in all of America. . . .

Mr. Walker says that Dunbar had some very good teachers, yes, but some not-so-great teachers too. He really valued his classmates, frankly. He speaks of them with highest respect to this day.

One teacher he unquestionably valued was Clyde McDuffie, who taught Latin. The students spent one year — fourth-year Latin — on the Aeneid. Mr. Walker can still recite the famous opening: “Arma virumque cano . . .” Also, the poem impressed on him the importance of duty above personal desire.

Sitting here today, I can see and hear him reciting that poem. He did so with tremendous satisfaction.

I think, too, of Donald Kagan, one of the outstanding classical historians of our age. I podcasted with him, here, and wrote a bit about our conversation here.

He was born in 1932, in Lithuania. He got to America when he was two. What would his life have been if he had stayed? I asked him this question. He said, immediately, “Death.” He added, “They killed all the Jews they could get their hands on.”

Kagan grew up in the Brownsville section of Brooklyn, N.Y., where everyone was dirt poor. But the adults wanted their children to get an education, no matter what. After high school, Kagan went to Brooklyn College, where he enrolled in a course on classical history. The professor was a formidable woman named Meta Elizabeth Schutz. She set him on fire for Greece and Rome — and he went on to be a jewel of the Yale faculty.

Here’s what I think: If you don’t want to study classics, don’t. (I never took a course in the classics, and I’ve never touched Greek or Latin.) But, for heaven’s sake, leave others free to do so. Don’t destroy their field. If you like other fields — choose one of them.

On Twitter, Terry Teachout was speculating that there would not be classics majors within five years. I, too, think that our top universities may eliminate classical studies. Frankly, I’m to the point where I hope our society allows these studies, at quiet, out-of-the-way places.

Am I being extremist, alarmist? Probably. It’s possible, too, that I am being realistic.

Some other time, I will take up the subject of classical music, which is being attacked in many quarters. Those of us who love this art had better be prepared to fight for it.

When I talk like this, remember: Cassandra — speaking of the classics — was right!

• I think Greece and Rome should be studied warts and all. I think the same of the United States, and all societies. Over the weekend, David French had a piece — a marvelous piece — titled “When Our Forefathers Fail: On the moral imperative of mourning the Tulsa Race Massacre today.” I hailed this piece on Twitter, saying, essentially, that David was my kind of patriot: one who looked at America in full, not minimizing or deflecting the malign elements, but accounting for everything, in the walk toward a more perfect Union.

Some people didn’t like this very much — people on the right. I know where they’re coming from. They are sick of hearing their country run down. They are tired of a focus on the warts, at the expense of the face at large. They think people want to damn and wreck the American project altogether.

I get it, 100 percent. But sweeping the country’s manifold sins under the rug does no one any favors. And haven’t we come a long way? “A long way, baby,” as the Virginia Slims ad used to say?

(We’ve also come a long way from cigarettes.) (But don’t no one wanna tackle alcohol.)

Three years ago, I noticed an obituary of Olivia Hooker, who was a girl (six) at the time of the Tulsa massacre. She died at 103. In an Impromptus, I fastened on a particular detail — concerning a piano. Maybe not the most important detail, considering the mass murder, but telling, I think, all the same.

Let me quote the obit:

“Our mother put us under the table,” she recently told NPR. “She took the longest tablecloth she had to cover four children and told us not to say a word.”

The marauders entered the house and took an ax to the family piano. In the business district, her father’s clothing store was destroyed.

Olivia Hooker was a remarkable woman, brimming with wisdom. I wish I had met her.

• For months and years, I have said the lights are going out in Hong Kong. Maybe I should stop saying this, because darkness has set in. As this article explains, you get up to five years in prison for attending a commemoration of the Tiananmen Square massacre, and a year for publicizing it.

In other words, Hong Kong has become a normal city in the PRC. Which is a tragedy and a curse for the people of Hong Kong.

• Some good news, at least in my eyes: Nicholas Burns will be U.S. ambassador to China. To read a news story, go here. I was sort of hoping he’d be secretary of state, frankly — in either a Republican or a Democratic administration. He has a very sound view of the world, and the place of the United States in it. And he has an exceptional ability to articulate.

For Bush 41, he was director of Soviet (and Russian) affairs. In the time of Clinton, he was State Department spokesman, ambassador to Greece, etc. Under Bush 43, he was ambassador to NATO. And so on and so forth.

We could use someone good — an exceptional person — in Beijing.

• The above-linked article also mentions that President Biden is considering Mark Brzezinski for ambassador to Poland. “Mr. Brzezinski is the brother of Mika Brzezinski, a host of MSNBC’s ‘Morning Joe,’” the article originally said.

I thought, “More to the point, a son of Zbig!” (Zbigniew Brzezinski, the renowned international-affairs scholar who served as national-security adviser to President Carter.)

Anyway, the article I have cited — re the Brzezinskis — now mentions Zbig.

• Boris Johnson, the British prime minister, is newly married again. An article said, “Mr. Johnson has never publicly confirmed how many children he has.” I thought of Fidel Castro. Allow me to quote from a book of mine, concerning the sons and daughters of dictators:

Castro has ten children — or fifteen or more. No one knows for sure, except for the dictator himself, probably. In 1993, Ann Louise Bardach, interviewing Castro for Vanity Fair magazine, asked him how many children he had. At first, he declined to answer. Then he said, “Almost a tribe” — which must be one of the few charming or true things he has ever said.

Be cool, my friends. Check you soon. 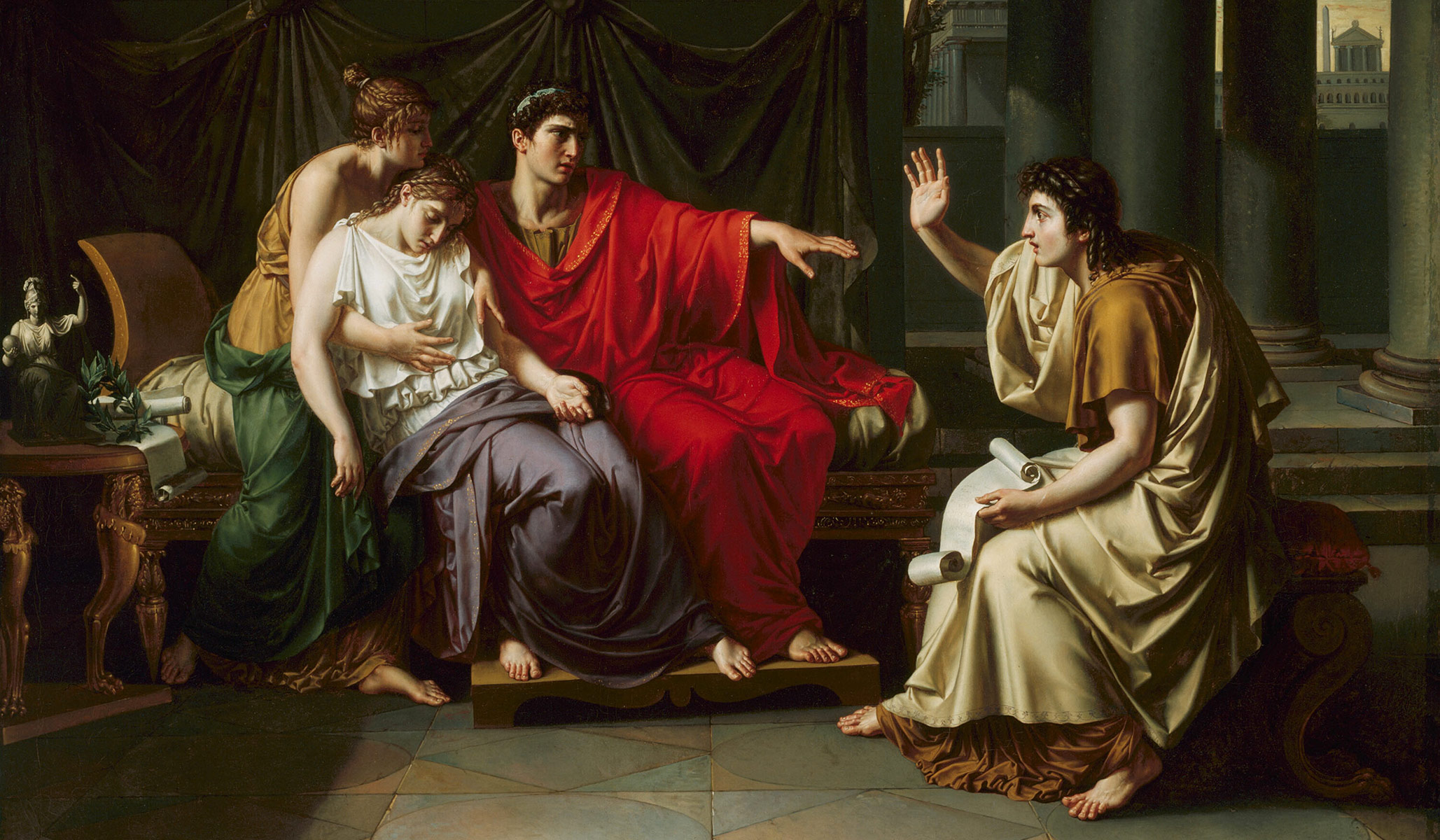