The latest Biden proposal: an income tax on income that doesn’t actually exist.

The year 2021 has seen President Biden and congressional Democrats explore, very publicly and painfully, seemingly every possible way to squeeze more tax money out of the American people. This exploration has taken place though the federal government just enjoyed the biggest revenue haul in two decades, inflation is higher than it’s been in three decades, and Senator Kyrsten Sinema (D., Ariz.) has taken all tax-rate increases off the table.

Desperate for any new tax at this late hour of the “Build Back Better” soap opera of socialism, all hands have come on deck for perhaps the craziest idea yet — an income tax on income that doesn’t actually exist.

To be sure, things are fluid at the moment. Democrats haven’t released an actual plan, so policy analysts have been trying to piece things together based on prior proposals. But one proposal involves what Democrats are calling “mark to market” taxation, as usual masking an insane tax idea in opaque, faculty-lounge argle-bargle.

This new policy would, for the first time in American history, tax the annual increase in asset values held by “the rich” (those people, over there). It doesn’t matter whether the taxpayer in question sold the asset and realized an actual profit or not — merely the increased gain in value would be enough to trigger annual taxation. If certain versions of the proposal prevailed, it could mean that, if your house went up in value last year, Uncle Sam will want to tax you on the growth in its Zillow Zestimate.

Needless to say, this “Zillow Tax” idea is from the outer fringes of the tax policy Overton Window. The American people would seem to concur. In a survey experiment conducted by Zachary Liscow of Yale Law and Edward Fox of Michigan Law School, respondents said by a 3 to 1 margin that they preferred taxation of stocks to happen when they are actually sold.

Then there’s the small matter that a Zillow Tax is unconstitutional. As Joe Bishop-Henchman of the National Taxpayers Union (NTU) has pointed out repeatedly, such a tax violates the standard set out by the Supreme Court in Eisner v. Macomber (1920). In the case, the Court explicitly rejected a tax on the increase in value of a stock which had not actually been sold:

Income may be defined as the gain derived from capital, from labor, or from both combined, including profit gained through sale or conversion of capital. Mere growth or increment of value in a capital investment is not income; income is essentially a gain or profit, in itself, of exchangeable value, proceeding from capital, severed from it, and derived or received by the taxpayer for his separate use, benefit, and disposal.

A Zillow Tax might make some sense as a way to overcome the mere trifles of overwhelming public opposition and unconstitutionality at the faculty cocktail party. But what about the many practical questions tax experts — many of them not conservatives — have raised? Steve Rosenthal of the liberal Tax Policy Center issued a friendly word of caution to Senate Finance Committee chairman and Oregon Democrat Ron Wyden (the biggest congressional booster of the Zillow Tax) earlier this year. He pointed out how it might be easy to estimate the growth in financial securities (stocks, bonds, mutual funds, exchange-traded funds, etc.), and even real estate (annual assessments by property tax collectors would do the trick), but it’s a good deal harder when it comes to things like intangible assets, closely held businesses, artwork and collectibles, etc.

Rosenthal also brings up the sticky problem of losses. Is the IRS to be a full partner in accrued and unsold gains, but not in accrued and unsold losses? If a taxpayer’s net worth grows by $1 million in one year, he owes tax. But suppose it goes down by $1 million the next year? Does he get a deduction? If not, does he get to carry the loss forward against future gains? Can he inflation-index his basis and/or his loss carry-forwards? It’s a mess.

George Callas, former top tax aide to House speaker Paul Ryan and House Ways and Means chairman Dave Camp, had other practical problems with the Zillow Tax: What about gains accrued before the date of enactment; what about taxpayers who bobble above and below whatever income and asset cutoff lines Congress sets up; how to handle things like Opportunity Zones, like-kind exchanges, and other established capital-gains practices, etc.

Nicole Kaeding, formerly of NTU and now at Amazon, raised a lot of these concerns way back in December 2019. She brings up still more issues, such as ways billionaires will game the system, the effect on the federal budget during economic downturns, and the effects on foreign direct investment in the United States.

Crack Wall Street Journal tax reporter Richard Rubin had a Q&A out this morning cleaning up some of the other sticky issues surrounding a Zillow Tax. George Mason University professor Tyler Cowen would like to know about how this impacts options, derivatives, and other complex financial instruments that are commonplace in the commanding heights.

Even Kim Clausing, President Biden’s deputy assistant Treasury secretary for tax policy, earlier this year said a Zillow Tax is “not ready for prime time.” Maybe she should tell her boss, Janet Yellen.

There are some signs of cooler heads prevailing among Democrats on the Zillow Tax. House Ways and Means chairman Richard Neal of Massachusetts said of it last week, “We talked a little bit about it, but I did point out that it’s the ninth inning. When are you going to vet these issues?” That’s a good question, given the barrage of detailed and important considerations I’ve barely summarized above.

Like all taxes, the Zillow Tax might begin as a tax on a few hundred billionaires (and let’s be honest, they will probably find a way to avoid paying it), but it will almost surely creep down to Joe and Jane Suburbs before long, time being a variable. There is no greater precedent for this than the income tax itself, which started off applying only to plutocrats and is now paid by garbagemen. There are many other such cases (the death tax, the Spanish American War telephone-excise tax, etc.) too numerous to mention.

Many, if not most, of these critiques still apply to tamer versions of the proposal, even those that don’t involve real estate. Taxing phantom income would be a tectonic shift in how we think about taxation — the details of the initial size and scope of such a tax pale in comparison.

So the lesson is the following — the next time you are on Zillow, and you get that rush of excitement from seeing your home value Zestimate go up, just remember that Uncle Sam is lurking outside your door, ready to take a piece of it away. 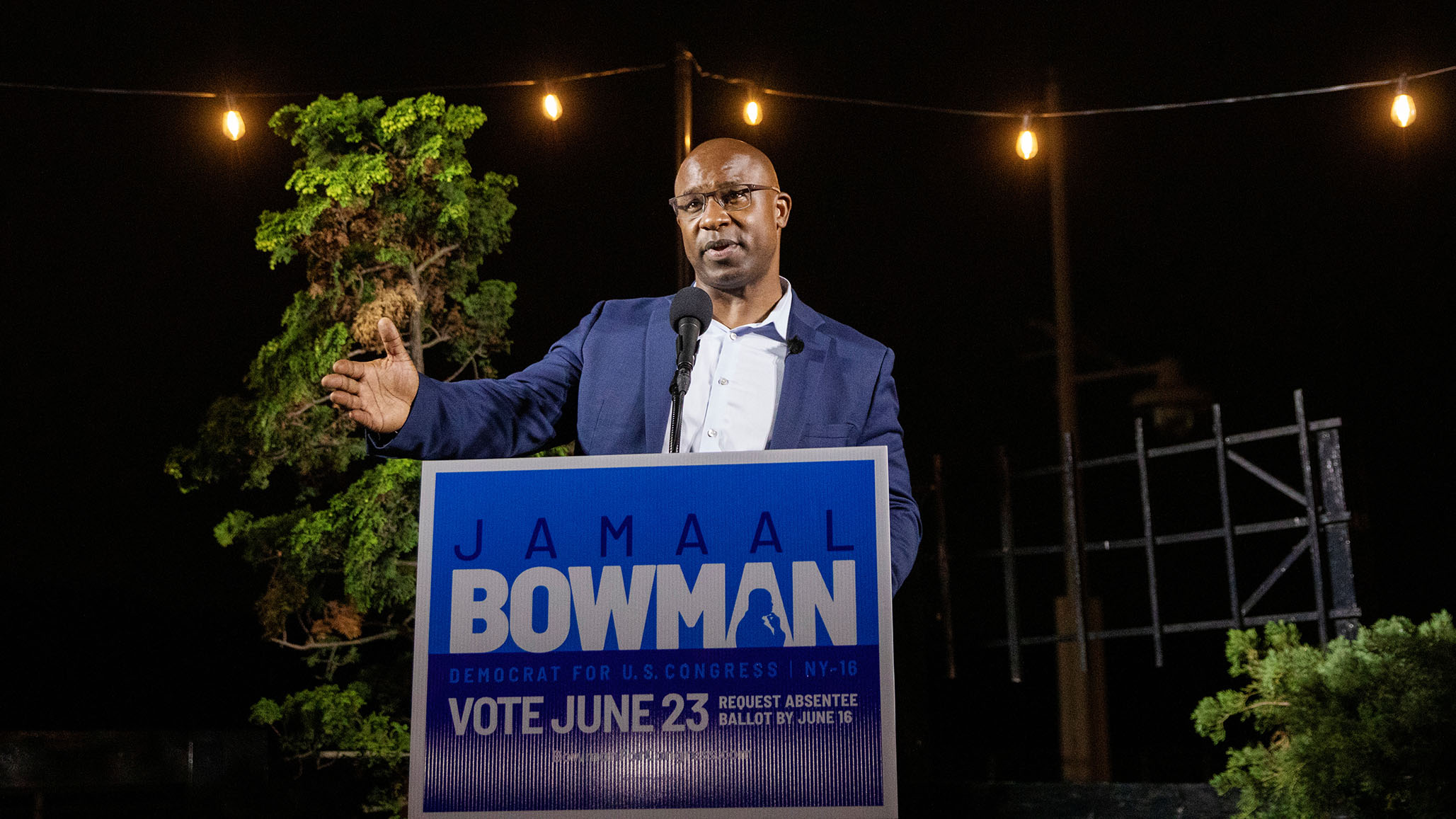 The 'Squad' member’s actions 'show that he simply is not in solidarity with Palestinians,' the working group wrote in an open letter.
Brittany Bernstein

Police spent more than 3,000 hours investigating the alleged attack before concluding it was a hoax, the lead detective testified.
Ryan Mills

Contra David Frum's position, it is achievable — and often necessary — to dislike more than one person at the same time.
Charles C. W. Cooke

A campus arborist who inspected the ropes suggested they've been there for years and may be part of a defunct rope swing.
Isaac Schorr