On a cancellation of The Nutcracker; Russia’s threat to Ukraine; the screwiness of the Women’s March; the bravery of J.K. Rowling; and more

Now they have come for The Nutcracker. What I mean is, did you see this? The Berlin State Ballet has canceled Tchaikovsky’s ballet on grounds that the Chinese dance and the Arab dance give offense. Well, they give offense to those who are truly dying to take offense. To everyone else: They give delight and enchantment.

Art, by nature, is universal and human. This may be especially so of music (and wordless music, most of all).

• A reader brought this article, from September, to my attention:

English Touring Opera (ETO) has dropped half of its orchestral players in a push for diversity.

At least 14 musicians have been told they will not be booked for the 2022 ETO tour, many of them long-running members of the orchestra.

The ETO has attributed the changes to prioritising “increased diversity in the orchestra,” something that’s in line with “firm guidance of the Arts Council.”

On Twitter, I said that this story was “a sign of our times.” I further commented, “As soon as you get away from treating human beings as individuals — you’re in the soup.”

A reader, or tweeter, responded, “As soon as you realize that for 100s of years whole categories of people who don’t look like you weren’t treated as individuals, fixing the mix seems not so objectionable.”

I understand. But here’s the thing: Those 14 musicians, who were fired, on account of their race, are not mere symbols. They’re living, breathing human beings, who are trying to make a living.

• “Ukraine PM calls for NATO’s help against Russia.” That’s a headline over an article. The subheading is, “As Russian troops mass along border, Denys Shmyhal urges NATO to send ships and step up surveillance flights.”

Many people are calling for an accommodation of Putin — even the sacrifice of Ukraine for him. Garry Kasparov tweeted:

This new flood of pro-appeasement articles isn’t a coincidence. Just don’t forget the facts. Putin is still invading Ukraine, a European nation, a war where he is the only aggressor, with daily casualties. Arguing he hasn’t been appeased enough is false and pathetic.

I also noted a tweet from Josh Mandel, the Ohio Republican:

We’re not fighting the Nazis anymore, so why do we have these enormous military bases all over Europe?

The mission of our military is to protect the AMERICAN people — not to subsidize European socialism or to prop up the military industrial complex.

My sense is, this view is very popular in our country, on both left and right.

Do you know who Éric Zemmour is? He’s a French rightist, who’s gaining popularity among the international Right. I will quote RJ Smith:

. . . Zemmour has much in common with left-wing firebrand Jean-Luc Mélenchon . . . Mélenchon and Zemmour have both denied the Vichy regime’s responsibility for the death of 75,000 Jews sent to Nazi camps . . . In a recent televised debate between the two, both agreed that NATO is an obsolete instrument of American imperialism. Zemmour added that he favours renouncing France’s alliances with the US, UK, and Germany and “joining hands with Russia.”

Lot of that goin’ around.

• The thing about Russian people — especially critics of the Putin regime — is that they are incredibly careless. They keep falling down stairs and out of windows and gettin’ poisoned and all that. Idiots. Klutzes.

A recent headline: “Wife of jailed Russian tycoon is found dead in London.” (Article here.) The subheading: “Friends of Irina Izmestieva, 52, have called for MI5 to investigate after her body was discovered on a sofa amid fears she was poisoned.”

• Would you like to know something about the relationship between Moscow and Beijing? The Russian and Chinese ambassadors to the United States have teamed up to write an article against the upcoming U.S.-led democracy summit.

Illustrative. Very much so.

• With Memorial, the organization in Russia, regular readers of this column are very familiar. I have cited it often. Memorial was founded at the instigation of Andrei Sakharov. Its purpose is twofold: to get an accurate accounting of the Soviet past, and to support democracy in the present. As this article details, the Kremlin is tightening the noose around Memorial.

Some critics of mine often tell me, “Today’s Russia is not the Soviet Union, you know!” I know — but do Putin & Co. know it? The present dictatorship is very, very protective of the reputation of the prior one.

Well, I was amazed to see this, from the Women’s March:

We apologize deeply for the email that was sent today. $14.92 was our average donation amount this week. It was an oversight on our part to not make the connection to a year of colonization, conquest, and genocide for Indigenous people, especially before Thanksgiving.

That’s a real thing, a real apology, ladies and gentlemen. You can’t parody anything anymore. People are just — cracked.

• The Republican National Committee tweeted, “While Americans are struggling to pay more than EVER for the holidays, Kamala Harris is out buying a $375 pot.” Huh. If the RNC ever saw Mar-a-Lago — as I have — they’d die.

• J. K. Rowling is one brave hombre, so to speak. She is not only the best-selling author in history — she has real spine. Having incurred the wrath of the “trans movement,” or part of it, she is not running away, or piping down. I recommend a Twitter thread she wrote: here. Says Rowling, “I’ve now received so many death threats I could paper the house with them, and I haven’t stopped speaking out.”

• Around town, I keep seeing this ad: 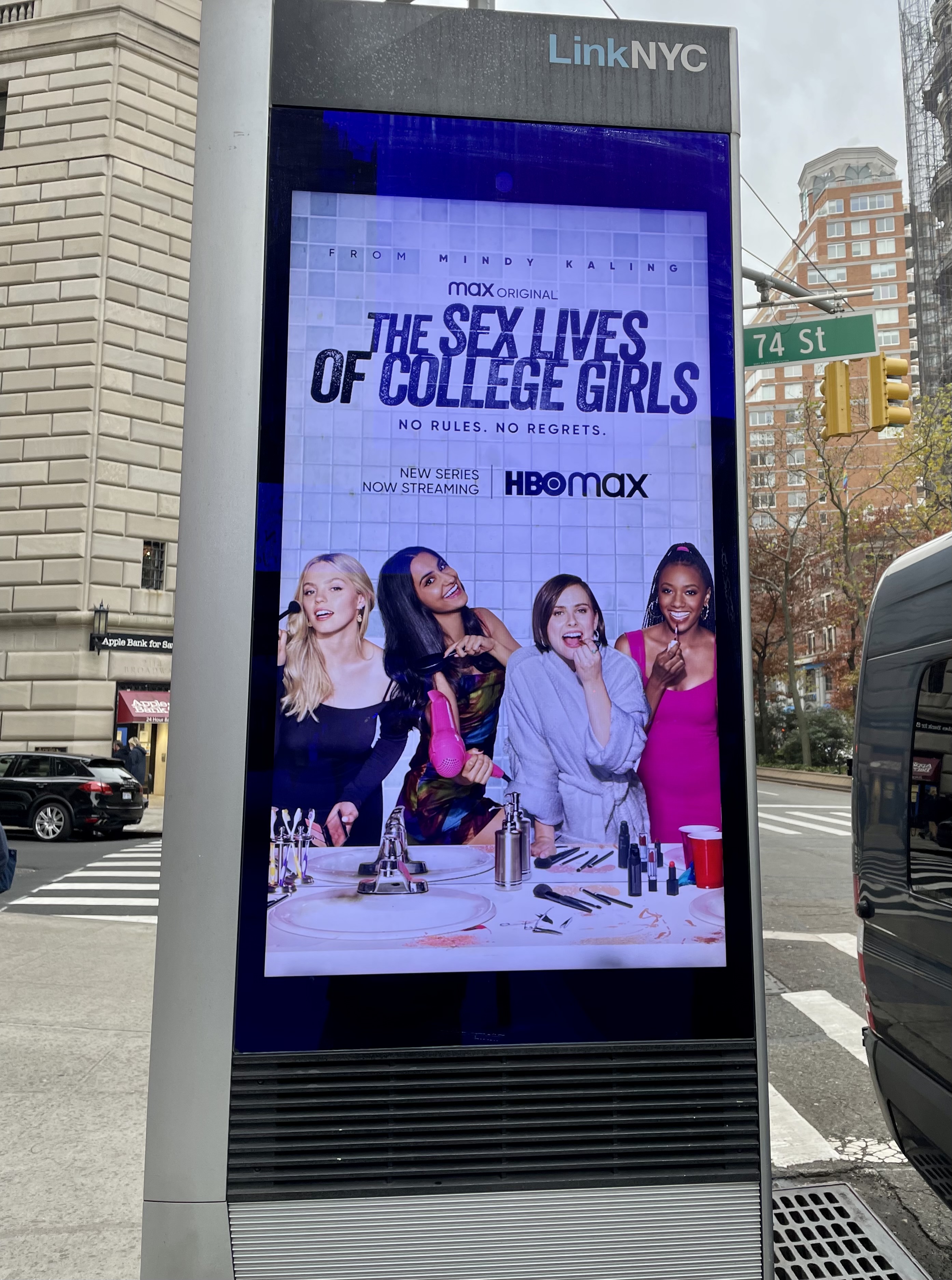 That “sex sells,” everyone knows. Still, if our culture doesn’t get a grip — we will drown in sensuality and decadence.

A little scene from the Thanksgiving parade, in New York City: 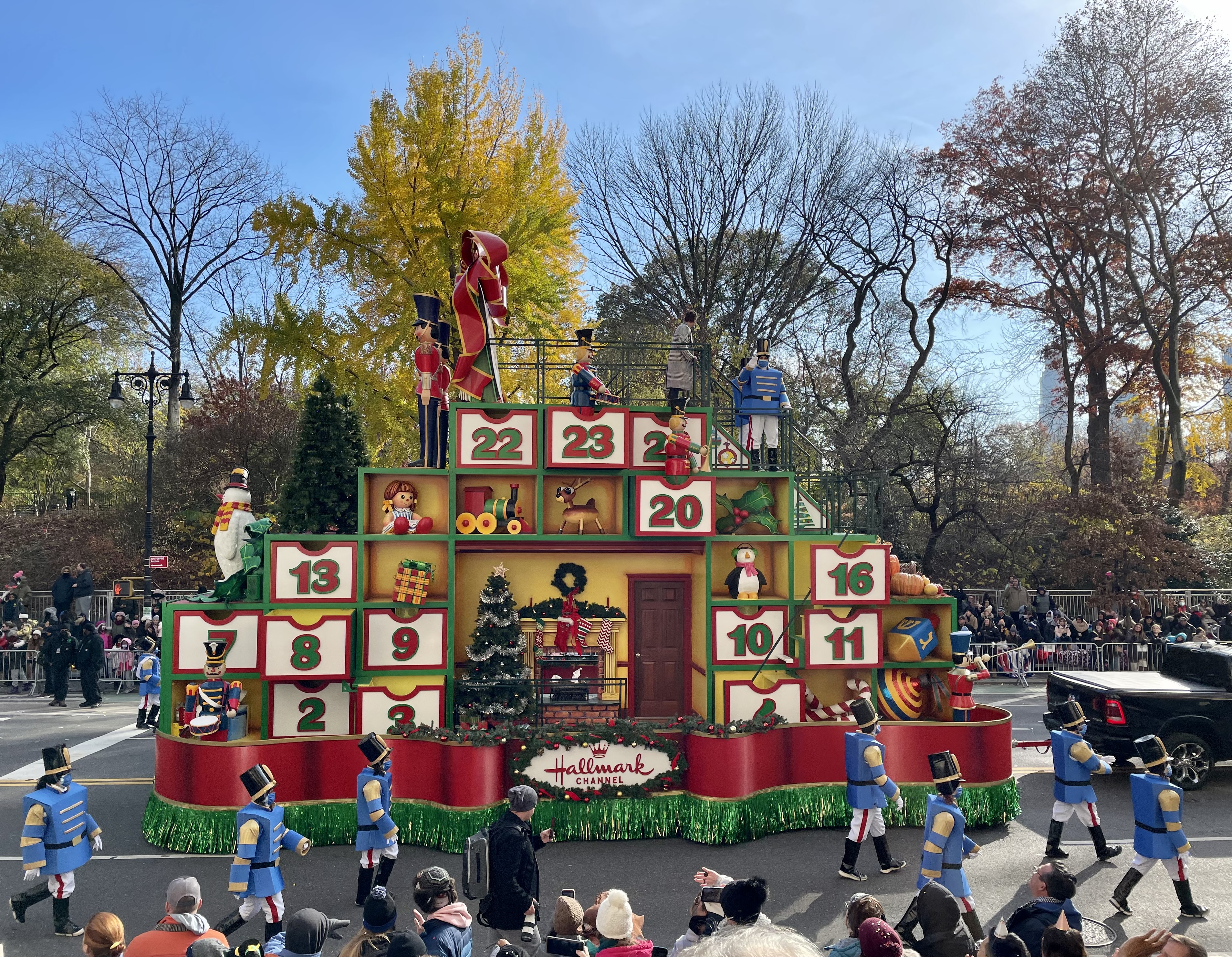 At the end of the parade, Santa arrives — as if to say, “See you next month!” 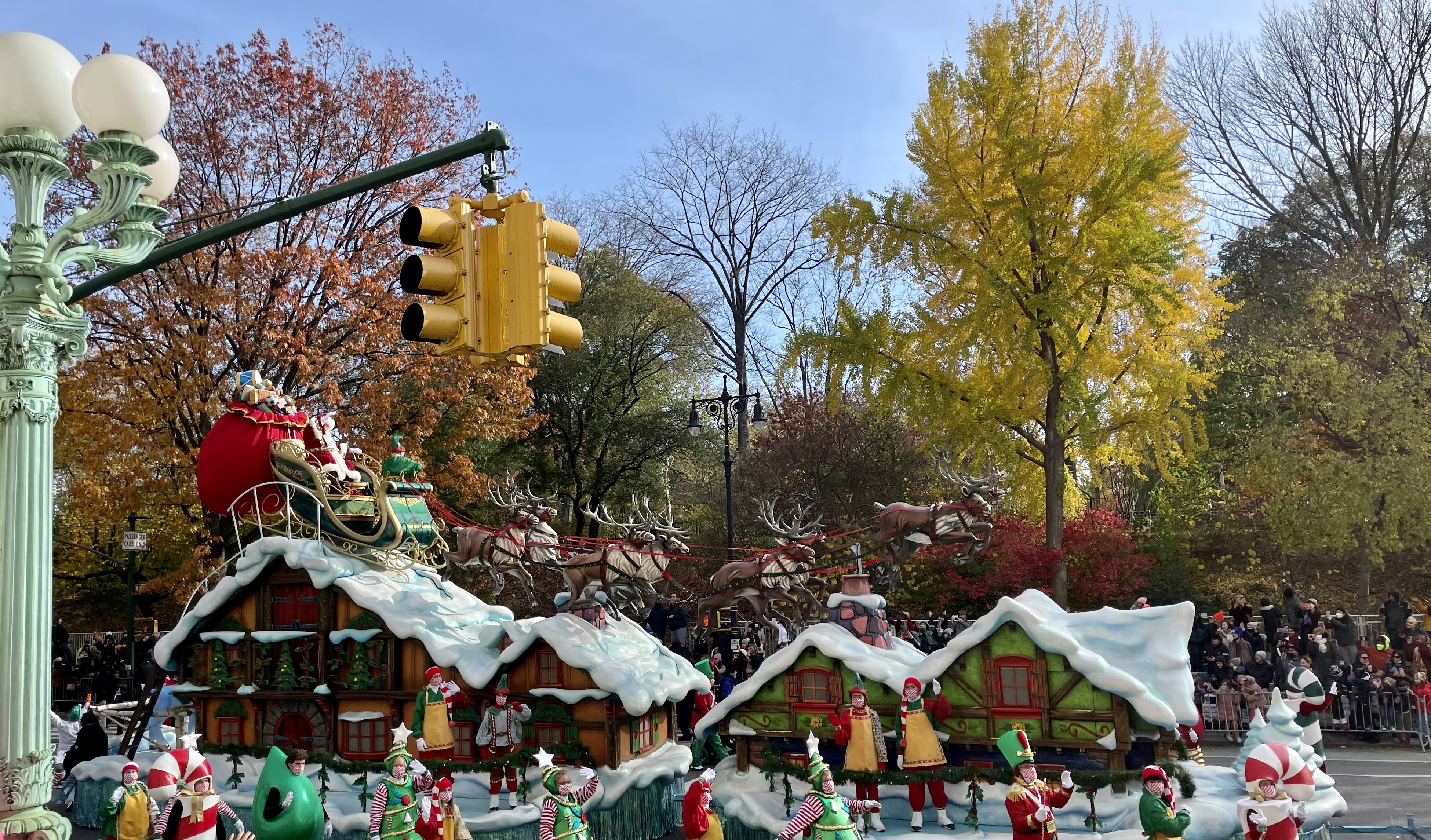 • Let’s do a little language. I’ve noticed that football commentators are saying “tempo” to mean “fast.” “They’re playing with tempo!” As you know, “tempo” means “time.” And time can be slow or fast: a slow tempo, a fast tempo. Or in between. Presto, andante, lento . . .

In golf, commentators are saying “pace” — “That putt had some pace on it.” They mean that the player hit it hard, or hard enough. But a pace, of course, can be slow (as in “pace of play,” heaven knows).

• A little music? I reviewed a new opera by Matthew Aucoin: here. And, for an appreciation of Stephen Sondheim, who passed away at 91 last Friday, go here.

• A doctor, Seth Leopold, was nice enough to want to interview me. He is the editor-in-chief of Clinical Orthopaedics and Related Research. For our Q&A, go here.

• Saturday Night Live had a sketch — a game show, called “Republican or Not?” A brilliant commentary on American politics today. Here.

• This article is entitled “The Myth of ‘I’m Bad at Math.’” Yup. “Basic ability in the subject isn’t the product of good genes, but hard work.”

Oh, my gosh: hope, for us innumerates.

• I want to recommend an obit, without commenting on it much. “Justus Rosenberg, Beloved Professor With a Heroic Past, Dies at 100.” We learn that, “as a teenager, he helped provide safe passage to artists and intellectuals out of Vichy France. He went on to teach literature at Bard College for six decades.”


Pretty soon, these heroes — men and women such as Justus Rosenberg — will pass from our midst entirely. We should try not to forget them.

Have a good week, my friends.