A coach who speaks truth to the people; a pox on ‘moral equivalence’; an ode to Rite Aid; a salute to Bob Dole; and more

I, a Michigan Wolverine, have come to praise Nick Saban, the Alabama football coach. He is a hero in my eyes. Why? Because of his greatness as a football coach? Well, leave that aside for a moment. I’m talking about something he said, concerning fans — Alabama fans, in particular, but his words could be applied to lots of fans, including Michigan ones (trust me).

For years, I have made a point, in the political realm: People love to “speak truth to power.” They brag about it. They beat their chests about it. In reality, “speaking truth to power” is the easiest thing in the world to do — in a free society, that is. You don’t get locked up or executed. You get applauded.

You know what’s hard? Speaking truth to people. To the folks. Because that’s where the real power lies (certainly in a democracy).

You think Kevin McCarthy wants to tell the folks — his folks, Republicans — that Joe Biden won the 2020 presidential election fair and square? Hell, no. You think Biden wants to tell people that saying “Latinx” or “birthing person” is nuts? No way.

Anyway, back to Saban. He rails against fans’ sense of “entitlement.” (We conservatives, back in the bad old days, warned of an “entitlement culture,” which was bringing our country down.) When he got to Alabama, the fans were simply happy to win. Grateful. Appreciative. But the team’s success spoiled them — and now they gripe if the team doesn’t win by enough.

You may remember a Janet Jackson song, “What Have You Done for Me Lately?,” released in 1986. There’s a lot of that in sports, and in life — a common human attitude, which is to be watched.

• I saw a headline that made me say, grimly, “Good.” Here it is: “China’s communists bash US democracy before Biden summit.” If these guys aren’t bashing you, you’re doing something wrong, as far as I’m concerned.

China’s Communist Party took American democracy to task on Saturday, sharply criticizing a global democracy summit being hosted by President Joe Biden next week and extolling the virtues of its governing system.

Party officials questioned how a polarized country that botched its response to COVID-19 could lecture others . . .

As it happens, I’ve been thinking about this business of “lecturing others” lately. It has come up in the context of Ukraine and Russia: “Who are we [we Americans] to lecture the Russians? We interfere in Ukraine, they interfere in Ukraine.” Back in the bad old days, we called this “moral equivalence” (and a false one).

A year ago, I wrote a piece called “Trump and Dictators” — the title told the tale. The piece begins,

Donald Trump’s first presidential trip abroad was to Saudi Arabia. On landing, he said, “We are not here to lecture. We are not here to tell other people how to live, what to do, who to be, or how to worship.”

That was undoubtedly music to dictators’ ears. It’s their job, as they see it, to tell other people how to live, what to do, who to be, and how to worship.

The Saudi government does this job every day. So do other dictatorships, all around the world.

Running for president in 2016, Trump was asked about civil liberties in Turkey. The strongman, Erdogan, had cracked down on the country ferociously. This is what Trump said: “I think right now, when it comes to civil liberties, our country has a lot of problems, and I think it’s very hard for us to get involved in other countries when we don’t know what we are doing and we can’t see straight in our own country.”

The candidate continued, “When the world looks at how bad the United States is, and then we go and talk about civil liberties, I don’t think we’re a very good messenger.”

I heard this from the Left, all through my growing up — virtually word for word. These days, you never know from whom you will hear it.

One more instance: Bill O’Reilly, then of Fox News, said to President Trump, as you’ll recall, “Putin is a killer.” Our president’s response, you will also recall: “There are a lot of killers. We’ve got a lot of killers. What, you think our country’s so innocent?”

This is classic “moral equivalence.”

We should avoid hypocrisy, like the plague. (Probably a bad expression in this day and age.) At the same time, we should not fear to value liberalism and democracy over illiberalism and dictatorship.

Okay, here I go again: As we speak, the General Assembly is targeting Israel in 14 resolutions, and the rest of the world combined in five. You can read about it from UN Watch, here. The folks in the General Assembly: Are they ever embarrassed by these numbers?

My guess is, they’re not.

• You have probably never heard an ode to Rite Aid. I feel like writing one. In fact, I’ve written about a particular Rite Aid before — the one in my neighborhood, or that used to be in my neighborhood. I mentioned it a few times in a piece I wrote in the summer of 2020: “Pandemic City: One man’s experience in New York.” Let me quote a quick passage:

I have come to love the young cashiers at Rite Aid, Pinkberry, and other places. I see them almost every day. They are behind plastic partitions, working their tails off, scrubbing their hands, putting up with all manner of customer weirdness and nervousness. We have formed something like a bond. I feel quasi-parental toward them.

Rite Aid was fast, friendly, reliable, well stocked, and cheap. (I always used the store as a grocery store, not as a pharmacy.) (Weird, I know. I’m too lazy for Trader Joe’s and all that navigation.) It felt almost familial, seeing the employees time after time, conversing with them, laughing with them. And now the place is . . . gone, closed down, which gives me a feeling of loss, I blush to say.

For an ode, this’ll have to do, I guess:

Oh how I loved thee, Rite Aid.
You never from the light strayed.
I wish you’d in my sight stayed.
You stood for — call it “bright trade.”

• Last year, I wrote a piece on Russia’s disinformation war, here. I’d like to quote a quick passage — for a purpose:

“Misinformation” is an innocent mistake: You report that Mr. Smith lives on Elm Street when he in fact lives on Maple Street. On learning of this error, you correct it. “Disinformation” is not innocent. It is a lie, intended to achieve a political end.

That has always been my understanding. Last week, the Associated Press published a report headed “Inside the ‘big wave’ of misinformation targeted at Latinos.” The report begins,

• The New York Times ran an obit headed “David Gulpilil, Famed Aboriginal Actor, Dies at 68.” I would like to paste just a paragraph, to make a point:

“David can’t handle alcohol,” Mr. de Heer said in his director’s notes . . . “He can’t handle cigarettes, or sugary drinks, or almost anything addictive. All of these substances, foreign to his culture, both soothe him and enrage him.”

Isn’t that true of — a whole mess o’ people, in cultures far and wide?

I hope that David Gulpilil has his total freedom now, and that we all will have it.

• Couple of music links: to a review of a New York Philharmonic concert, featuring Itzhak Perlman, and to the latest episode of my Music for a While. You may appreciate.


• Couple of more links? I have done a Q&A with Walter Wolf, author of The Right Rehab: A Guide to Addiction and Mental Illness Recovery When Crisis Hits Your Family. That Q&A is here. I have done another Q&A with John Bolton — subject: Ukraine. Here.

• Sick o’ links? Feel like a picture? Here is a slice of New York, getting Christmassed up. 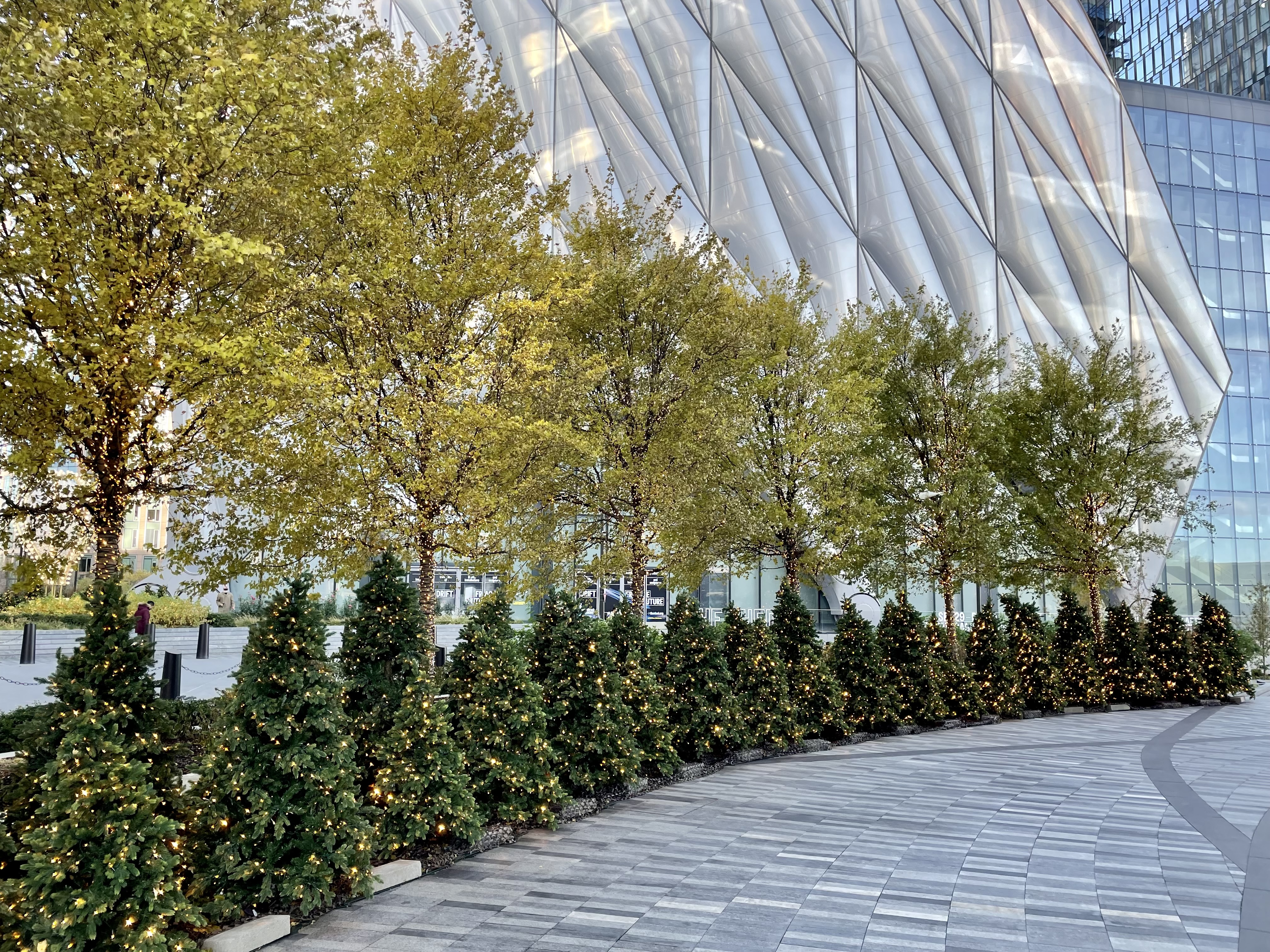 • Maybe it’s a little early for Christmas. Feel like hanging on to fall a bit longer? Here’s a shot of Central Park, yesterday. 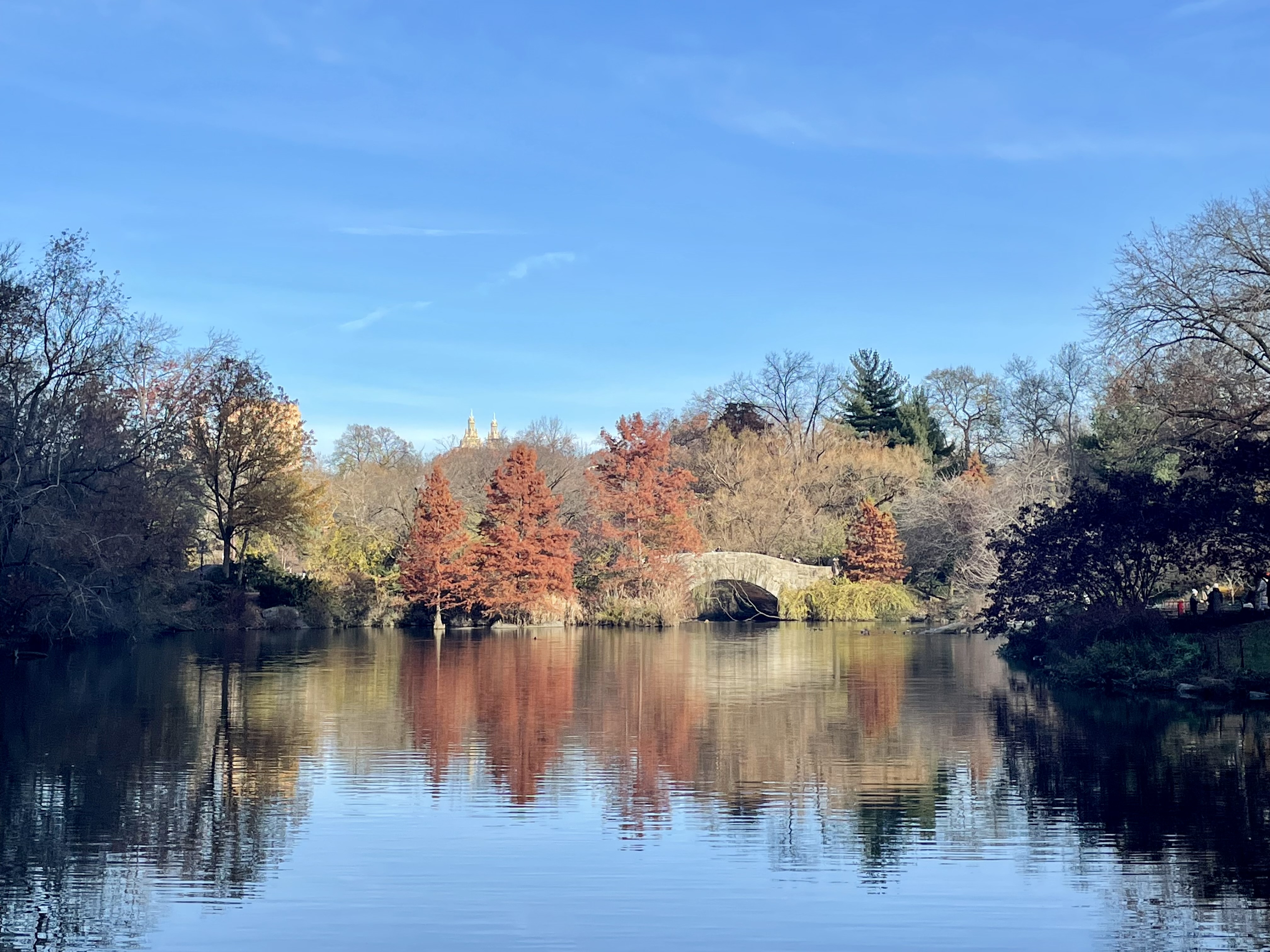 • Bob Dole has left us, at 98. I have a little connection to him: because I was an intern in his Senate office, in the fall of 1984 (the same period in which he was elected majority leader by his Republican colleagues). They are going away, the World War II generation. We will miss them: we Americans and we the world. But other bravehearts arise in their place.

The retirement will give Biden his first opportunity to appoint a justice to the Supreme Court.