Politico carried an interesting piece, here: “Democrats fall flat with ‘Latinx’ language.” The subheading quotes a Democratic pollster. “Why are we using a word that is preferred by only 2 percent, but offends as many as 40 percent of those voters we want to win?” Good question.

I think of an old song, “Little Things Mean a Lot.” Some people may wonder, “What’s the harm in saying ‘Latinx’ and ‘birthing person,’ for the sake of humoring the woke?” (“Birthing person,” by the way, means “mother,” or at least I think it does.) One answer is this: “Because people might think, ‘What the heck is wrong with you? Why are you talking so weird?’ and tune you out on all other matters.”

• Let’s have a little music, early. “Little Things Mean a Lot” was published in 1953: music by Carl Stutz, words by Edith Lindeman. You want to hear Kitty Kallen sing it? Here.

Made me feel better about a (mere) diplomatic boycott.

Said Jen Psaki, the presidential press secretary, “U.S. diplomatic or official representation would treat these Games as business as usual in the face of the PRC’s egregious human-rights abuses and atrocities in Xinjiang, and we simply can’t do that.”

• Marjorie Taylor Greene, the Republican congresswoman from Georgia, told Steve Bannon, “We are not the fringe. We are the base of the party.” She was referring, as I understand it, to congressmen such as herself, Matt Gaetz, Lauren Boebert, and Paul Gosar. (See this article.) I believe she is right.

The article I have linked to notes that the House GOP leadership has taken a “hands-off approach” to MTG et al. This stands in contrast, says the article, with the approach taken by Kevin McCarthy to Steve King, in 2019. McCarthy deprived King of his committee assignments.

He wouldn’t dare do that now, would he? Just two years later?

• Dr. Mehmet Oz is running for the U.S. Senate in Pennsylvania, as a Republican. He tweeted, “I’m here to promise you one thing: I am going to help reignite the divine spark inside every American and empower us to live better lives.”

There has always been a messianic streak in politics, obviously. But I must ask: Isn’t anyone willing to balance the budget? Or maybe observe regular order? Is that too radical? Not sexy or fulfilling enough?

• Tadeusz Giczan is a Belarusian journalist. He tweeted a video — very tough to take, but those with the stomach might try it. Giczan wrote,

Belarusian Stasi has a new tactic. They broke into the apartment of a 56-year-old mother of an activist who fled to Poland, arrested her, and published a video postcard with music and caption: “parents are responsible for their children”. She became the 907th political prisoner.

• Francis Fukuyama wrote an article headed, starkly, “Protect Ukraine Now!” It is well worth considering. Fukuyama writes, “If Russia can get away with invading Ukraine and undermining its democracy, global politics will change everywhere and the narrative of American decline will be strongly reinforced.”

I should make clear: Some of us (though not all, for sure) consider that a bad thing.

• “History doesn’t repeat itself,” said Mark Twain, “but often it rhymes.” In our recent podcast about Ukraine, John Bolton mentioned the Sudetenland, in 1938. Some people might be inclined to say, “Just sacrifice Ukraine. That might be tough rocks for the Ukrainians, but things will calm down after that.”

Maybe. Maybe not. Vladimir Putin does not seem the appeasable or satiable type. And you remember the French expression: “L’appétit vient en mangeant” — “Appetite comes from eating.”

• Adoption talk is in the air, as abortion talk is. In the New York Times, I noted an obituary of Hyun Sook Han. What a woman — a great woman. In the course of 30 years, she “placed thousands of Korean orphans with families in the Midwest.”

What gave her the impulse? I will quote from the obit, written by Alex Vadukul:

Hyun Sook Han’s childhood abruptly ended when the Korean War began. She was just 12 when she fled her home by foot with her family one winter day, carrying her little sister on her back. As she marched through the cold, she kept looking behind her in despair. Children had been abandoned on snowy banks, left to fend for themselves.

The ache she felt for them never left her.

If you truly, deeply believed that abortion is murder, you wouldn’t say “We should leave it up to the states.”

It’s an easy way to tell people that you’re against abortion while absolving yourself of the real-world consequences of making that policy.

You know, I get where the man is coming from. I always have — since my teen years. Didn’t we fight a civil war over this? In a way? We don’t say, “Sure, Vermont may not like slavery, but if Alabama does, who are we . . .?” “Fifty laboratories!” etc.

This is a big, big subject — with many facets — and I’m just jotting Impromptus . . .

• You know how bad boys, brash boys, wind up being embraced by the establishment? Cherished? I thought of this when Lorne Michaels, the creator and producer of Saturday Night Live, received a Kennedy Center honor. He was hailed by President Biden.

For a news article, go here.

Another honoree was Joni Mitchell, the singer-songwriter. My late friend Lee Hoiby — the (classical) composer — cherished Joni Mitchell. In the early ’70s, I believe, Lee went through a deep depression, because the classical-music world was rejecting his kind of music, which was tonal and neo-Romantic, basically. Joni Mitchell gave him hope. “She proved,” he said to me, “that there was still juice in the tree of melody.”

Yes, and there always will be (for those who want to pick the fruit).

I have zero interest in “defending democracy” across the globe. I don’t care what political systems other countries choose for themselves. None of my business.

A lot of people feel that way. But, you know? These “countries” don’t “choose for themselves.” A handful of brutes do, imposing their will on everyone else. That’s one thing to bear in mind.

And sometimes, people need help, if only a little moral support, which can go a long way. We’d want it too, if we were under dictatorship. Golden Rule and all.

• A little language? It occurred to me the other day, as I was writing “read”: A curse of our language is that “read,” in the present, and “read,” in the past, read the same way. This leads to a lot of confusion. We might should do something about it, someday . . .

• I had lived in New York for, oh, 15 years. One day, a friend said to me, “There are always foreigners in Central Park, squatting down and taking pictures of squirrels. They’re fascinated by them. They must not have them at home.” I had never noticed. But I’ve noticed virtually every week since, as I did just yesterday . . .

I had never heard anyone say that about his dog: “kind of mean.” Was impressed by the candor!

• Couple of photos? I don’t have anything all that great for you. You might appreciate this little jobbie, sitting on Fifth Avenue (on the sidewalk, I should say): 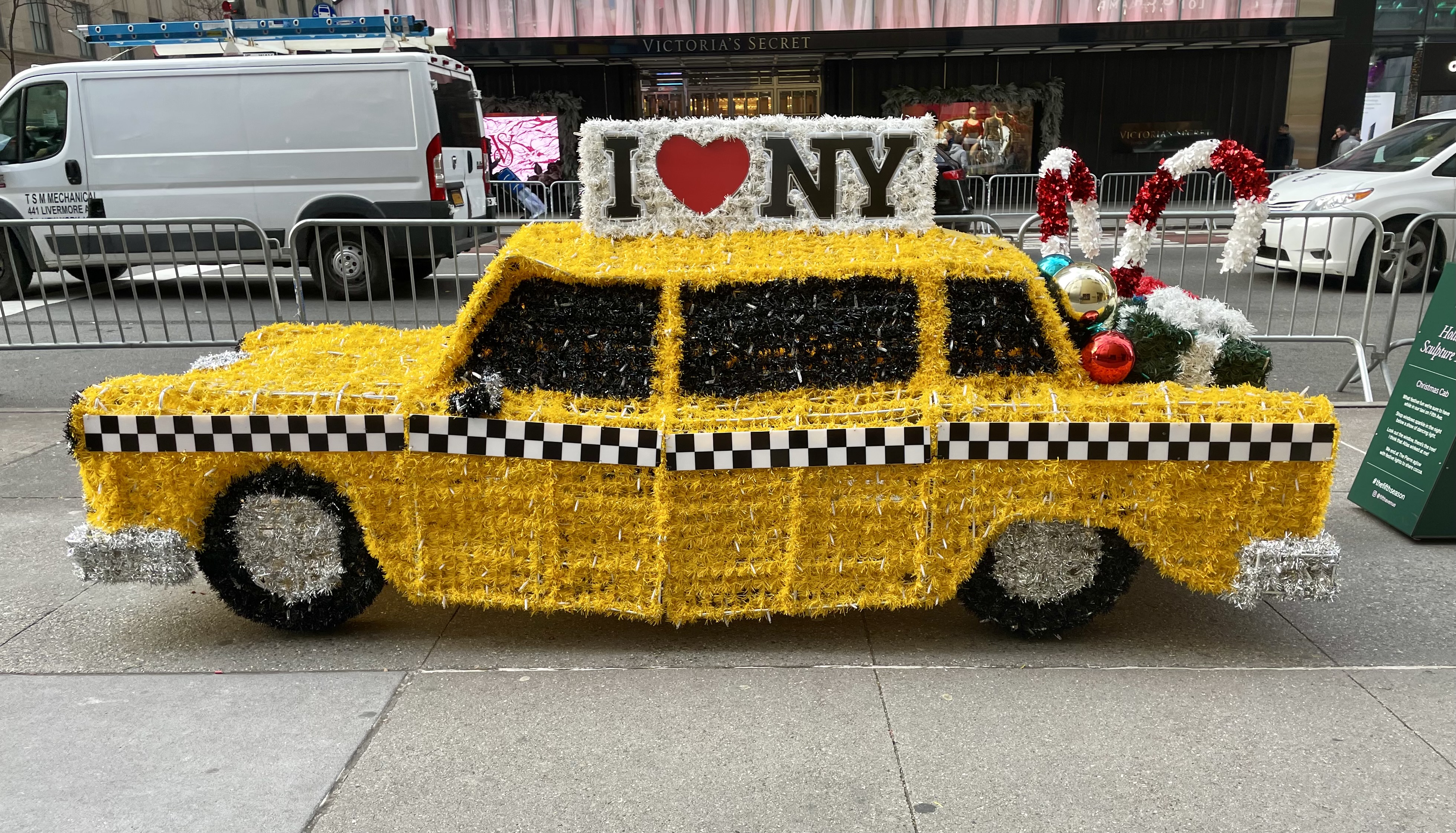 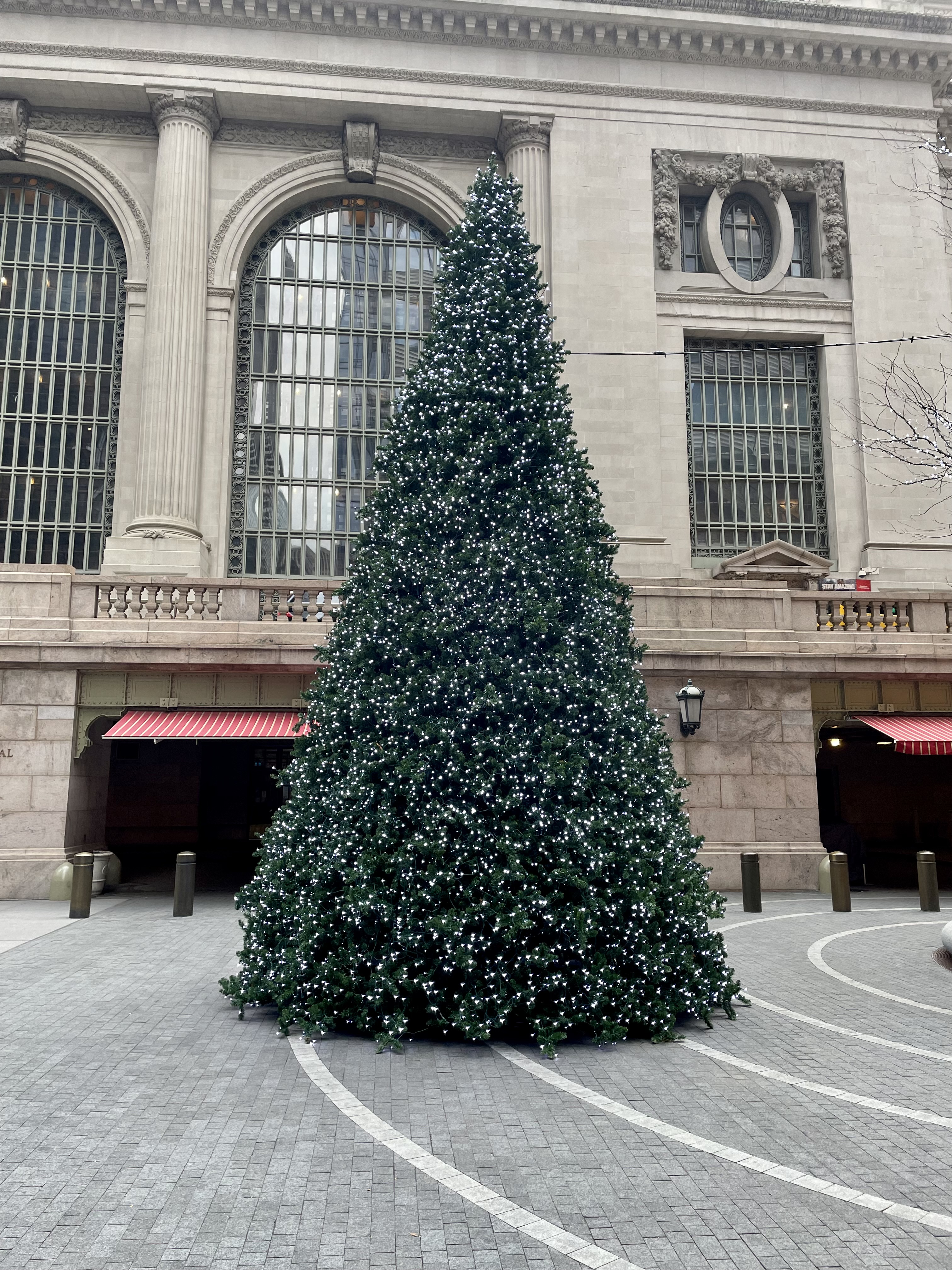 Have a great one, my friends.