“The father understandably . . . really has no clear plan,” Justice Eleanor Warwick King wrote on March 6 for a three-judge panel of the Court of Appeal of England and Wales. She was referring to Tom Evans, the father of Alfie Evans, in the course of forbidding him to transfer his son from Alder Hey Hospital in Liverpool to Bambino Gesù Pediatric Hospital in Rome. Bambino Gesù’s treatment plan entailed the possibility that if it failed the boy could be transferred again, to a Munich hospital where doctors were prepared to care for him. “On one level,” King continued, Tom Evans

understands that neither Bambino Gesù nor Professor Hass in Munich are offering Alfie any hope for the future. The most they are offering is surgery in the form of a tracheostomy and gastrostomy, which would allow the possibility of his being ventilated at home, but that is not what the parents are asking for. It is clear and understandable that they have been unable to think through the disadvantages for them as a family to relocating either to Italy or Munich without the support of their extended families and unable to speak either language, in order to be able to spend Alfie’s last weeks or months in what they currently regard as a more empathetic environment. Mr Knafler [the family’s lawyer] was unable to help the court to understand why the father’s proposal involved Alfie being transferred to both Italy and Munich. [Emphasis added]

The tone could hardly have been more patronizing. The father “really has no clear plan,” King wrote, before going on to spell it out: He wanted to take his son from (the apparently poisoned environment of) the NHS hospital in Liverpool to the Vatican hospital in Rome and then possibly to Munich.

She wrote that he and Alfie’s mother “have been unable to think through” the inconvenience that their plan would entail, as if they would have been the first family in difficult circumstances to pack a suitcase and go to live in a country whose language they didn’t speak and where they could count on no financial aid from relatives either already there or in their country of origin. Were they living, my great-grandparents, who embarked on their own such adventure, from the Balkans to Ellis Island, also with a two-year-old son (my grandfather, Nicholas Sr.) in tow, might have been able to enlighten her about how that works.

King declared that she and the other two justices on the panel didn’t understand “why the father’s proposal involved Alfie being transferred to both Italy and Munich.” Two things, Lady Justice. First, you already solved that mystery, in the preceding sentence: Alfie’s parents wanted to move with him to what they regarded as “a more empathetic environment.” You formulated that nicely. Second: Your concern that they might have encountered hardships abroad and then your stopping them — for their own good, of course, as you saw it — from taking action that was a little bolder than you might have taken were misplaced. They were not your children, and even if they were they were not children.

You know the drill: She was only discharging her duty to ensure the child’s “best interest.” She wouldn’t let him go to Rome because he could have died on the plane en route, but she wouldn’t let him continue on life support either, because she deemed it “futile” in the face of his “inevitable death.” His father said, in effect, What’s to lose? If Alfie had to die somewhere, better on a flight to the Holy City, wouldn’t you say, than under the thumb of the National Health Service in Liverpool? Then King played the pain card, saying that Alfie might be capable of feeling it so no air travel on that account, though she quoted a doctor who said he probably wasn’t, and she forgot or passed over anesthesia, a word that occurs nowhere in her 16,000-word opinion.

“I suspect that it is a response to an ideological battle,” Mariella Enoc, president of Bambino Gesù, said earlier this week when asked about what turned out to be the last court decision, on April 25, to block the transfer of Alfie to Rome. Enoc, who happens to be an anesthesiologist, said she thought that the judge’s reasoning was not “strictly” legal. “I suspect that there is hostility to the Vatican hospital,” she said, beating the British authorities at what is supposed to be their own game of understatement.

The high-handed treatment by U.K. doctors and judges is hard to separate from their disregard for the intangible value that the Catholic hospital offered, that the young couple sought, and that the state prevented them from enjoying. The state had no place there. Its intrusion will not be forgotten any time soon.

Alfie Evans died at 2:30 a.m. BST on April 28, the feast of Saint Peter Chanel, a martyr. Requiescat in pace. 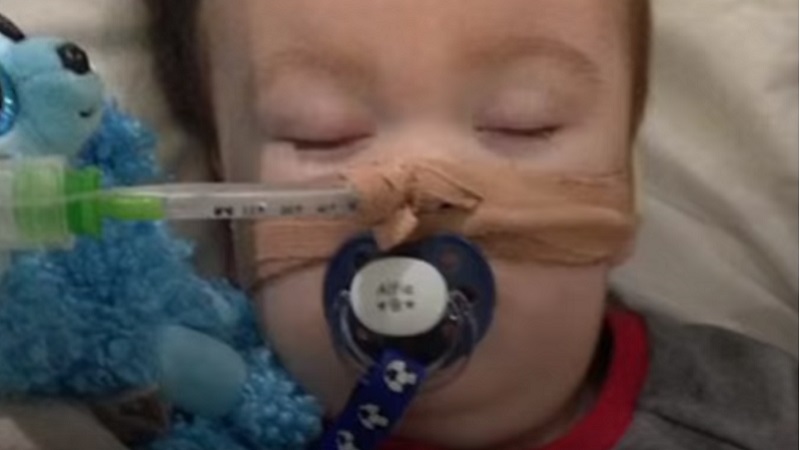