Ground Being Prepared for Death on Demand in the Netherlands

If the presidential election were held today and the polls were precisely correct, Joe Biden would win handily. The RealClearPolitics map has Biden up in enough states to win the Electoral College 352–186: 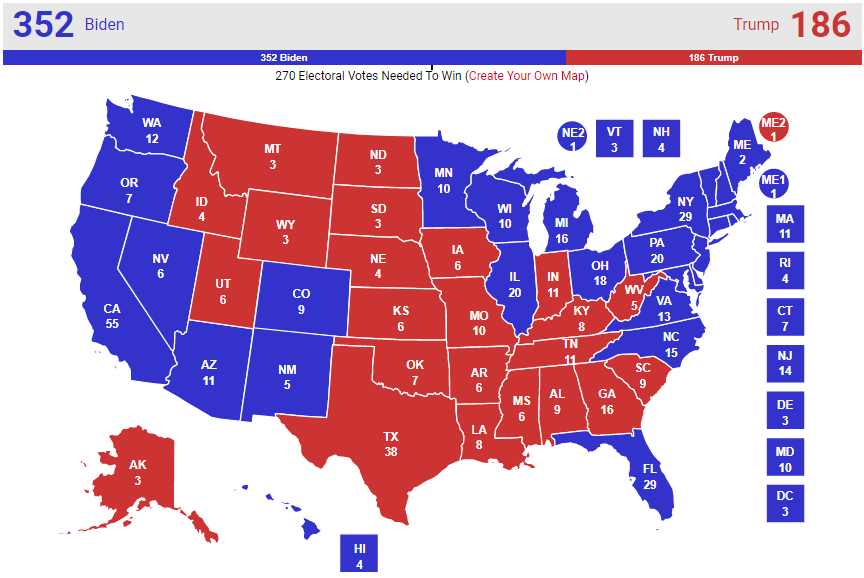 The FiveThirtyEight forecast likewise has Biden up 330–208 in the most likely forecast, with a 76 percent chance of a Biden victory compared with a 24 percent chance of a Trump victory. But then, as I have discussed before, this is not so different from where Trump stood four years ago, and Republicans again overperformed the polls in Florida and several key Midwestern states in 2018 (while underperforming in Mississippi and much of the Southwest). And just as has been true of every Republican presidential candidate in history other than George W. Bush, the Midwest will be make-or-break for Donald Trump yet again in 2020.

There are, therefore, three optimistic cases for Trump. One, the polls could be wholly untrustworthy, in which case there is nothing to do but wait for the votes to be counted. (This is historically not a winning wager.) Two, the current polls are premature, capturing only a snapshot, and we should expect things to tighten by Election Day. (I made that case, as well as why it may not work as well with Trump as the incumbent.) Or three, the polls are systematically biased, and therefore analyzing them properly should tell us now that Trump is already in better shape than he appears.

Sean Trende looks at the latter argument, examining the specific question of whether the 2018 poll failures show that pollsters have not, contrary to their protestations, fixed their methods to avoid undercounting white working-class voters who are likely to support Trump:

I went back and looked at the poll errors for 2013-15, and it became apparent that the errors for 2016 followed much the same pattern: They were concentrated in areas with large numbers of whites without college degrees. . . . While the bias toward Democrats was smaller in 2018 than in 2016, the bias overall was similar to what we saw in 2014, especially in the Midwest. . . . Moreover, almost all of the errors pointed the same way: Republicans overperformed the polls in every Midwestern state except for Minnesota Senate/governor and Wisconsin Senate (none of which were particularly competitive).

Will that be true again this year? Joe Biden isn’t Hillary Clinton, and he performed much more strongly with white working-class voters in the Democratic primary than she did. As Trende notes, hunting for systematic poll errors can be illusory because voting coalitions and polling methods are both moving targets from one election to the next. Still, there is more than merely guesswork behind the sneaking suspicion that Trump may still be in better shape in Florida, across the Midwest, and possibly in North Carolina than he presently appears.