The Fake Punishment of Chris Cuomo

Why Democrats Wouldn’t Pack the Court If Roe Is Overturned

Some economists have put out a new analysis using data from Chase accounts. The basic thrust is that, because the $600 unemployment boost earlier this year paid many people more than they’d made while working, the unemployed increased their spending and their savings while it was in effect. In June and July, the unemployed were spending more than the employed, and more than they themselves had spent in January and February. After the boost expired, they reduced their spending — and still burned through about two-thirds of that accumulated savings in August alone.

Here are the two key charts: 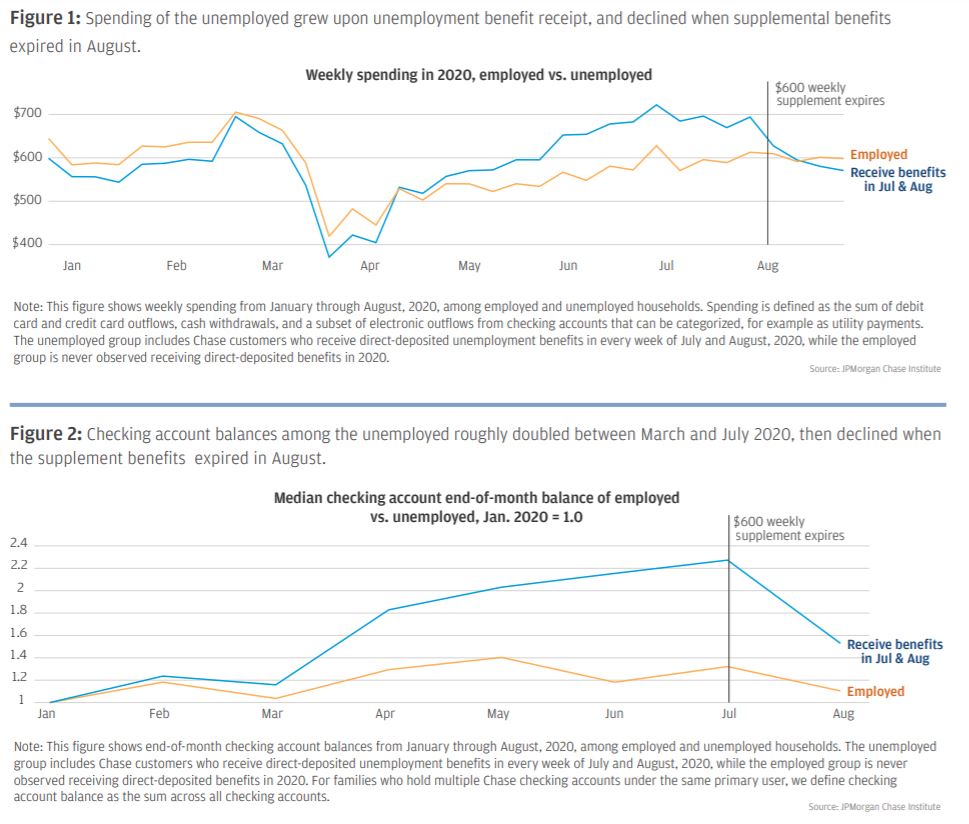 One takeaway is that it might not have been such a bad thing for Congress to pause the boost for a while, given how generous the boost was and how much was saved — though of course that doesn’t help people who lost their jobs after the expiration. The other, though, is that the accumulated savings are probably gone by now, and the economy is far from fully recovered, with an unemployment rate of about 8 percent in September. Congress really should get its act together and pass another, smaller round of stimulus to get us through this (hopefully) last stretch of turmoil.

Seventy-six percent said China should pay reparations to other nations if it is determined that it did cover up a lab leak.
Brittany Bernstein

The government's pandemic power grab should make us more skeptical of climate policy.
Kevin A. Hassett

Our system needs many fixes, but when it matters most, there's no better place to get sick.
Sally C. Pipes