Nearly 200,000 coronavirus tests were conducted in the U.S. yesterday, marking a significant increase in the rate of roughly 140,000 over the past week. While Wednesday’s number surpassed 300,000, that reflected the clearing of California’s backlog rather than increased capacity. Yesterday’s broad-based increase across most states bodes well for the U.S. as it plans to reopen the economy. 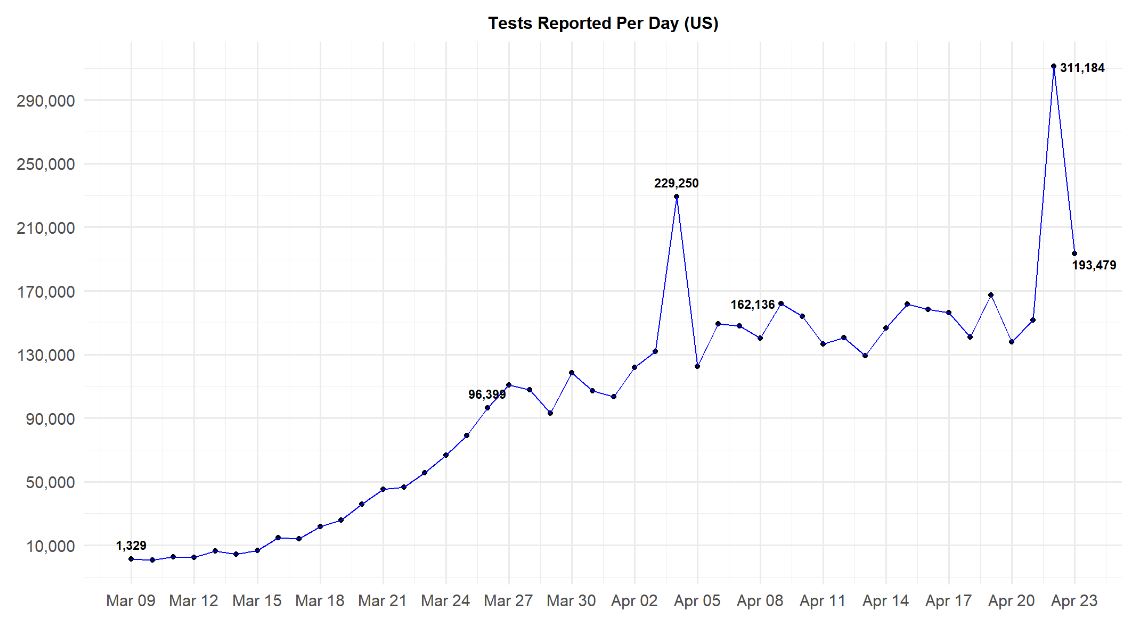 With more testing comes higher numbers of confirmed cases. Yesterday, over 31,000 patients tested positive for COVID-19 — the highest number in nearly a week. While the growth of news cases underscores the severity of the domestic outbreak, it is hard to identify how much is attributable to increased transmission versus increased testing.

There is no reasoning with the racially obsessed, explains John McWhorter in Woke Racism.
Kyle Smith