So, Dobbs v. Jackson Women’s Health this week makes real the prospect of Roe v. Wade being overturned. I was at the Court on Wednesday, where hope was in the air in the beautiful energy of the thousands gathered to pray and let women know we love them as much as those vulnerable babies we seek to protect in the law. 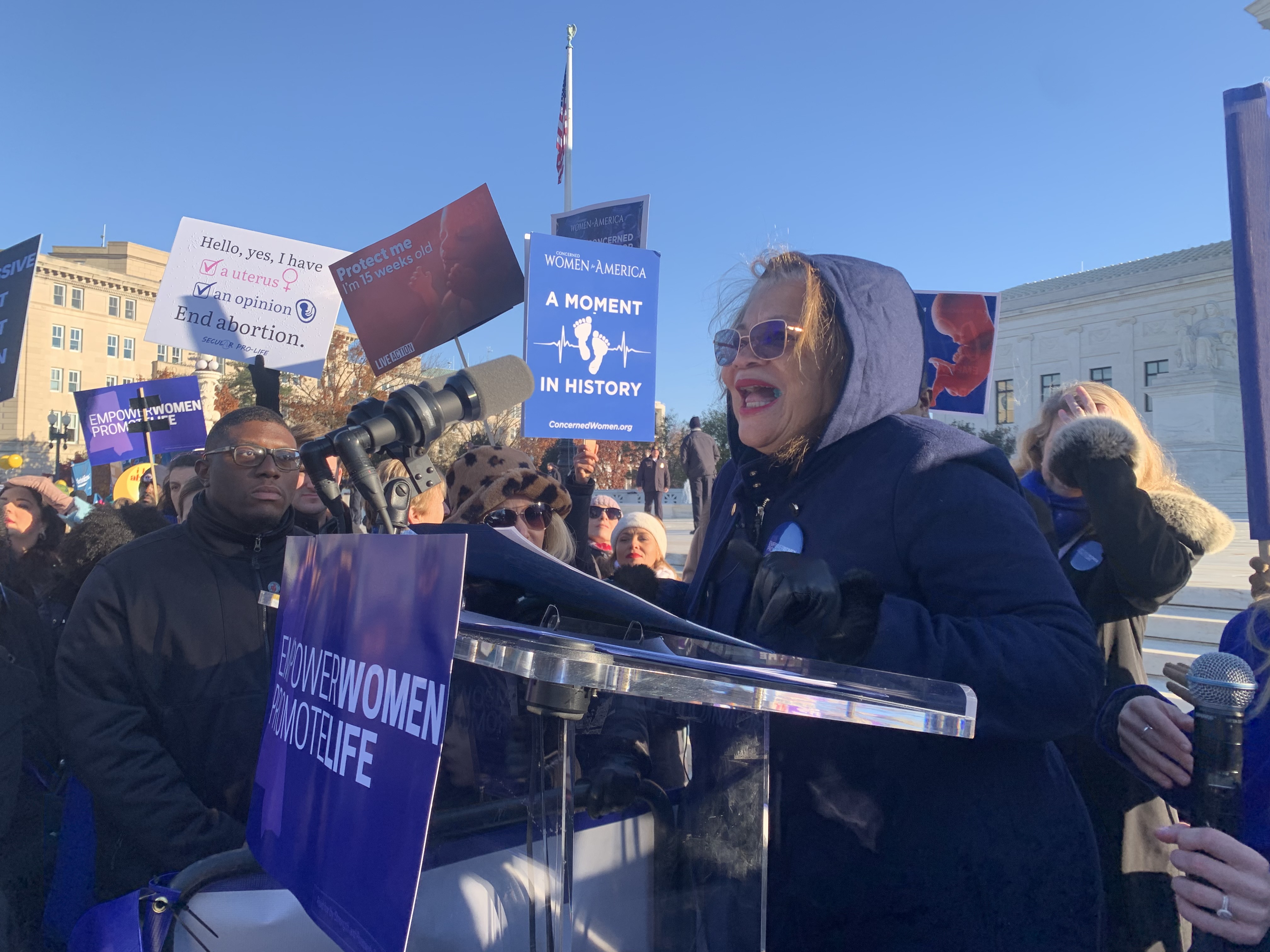 Back in New York on Friday afternoon, I prayed the Rosary across the street from Planned Parenthood on Bleecker Street, as I try to do when I am in town. (Tomorrow morning will be the big monthly first-Saturday Witness for Life there, which has been going on for a dozen years or so.) And as I was there, the medical-waste truck arrived to take away the result of a women’s right to choose: what I assume must be dead babies.

Before things started to open up from COVID-19 shutdowns, I would often be outside Planned Parenthood praying or sidewalk-counseling every morning. And I would encounter these trucks and the boxes going in and being taken out, often thrown into the truck, sometimes dropped, as happened with the tenth box today, as it was going into the truck. No names, no burial, no even acknowledgement that there are dead babies here.

For some visuals from today: 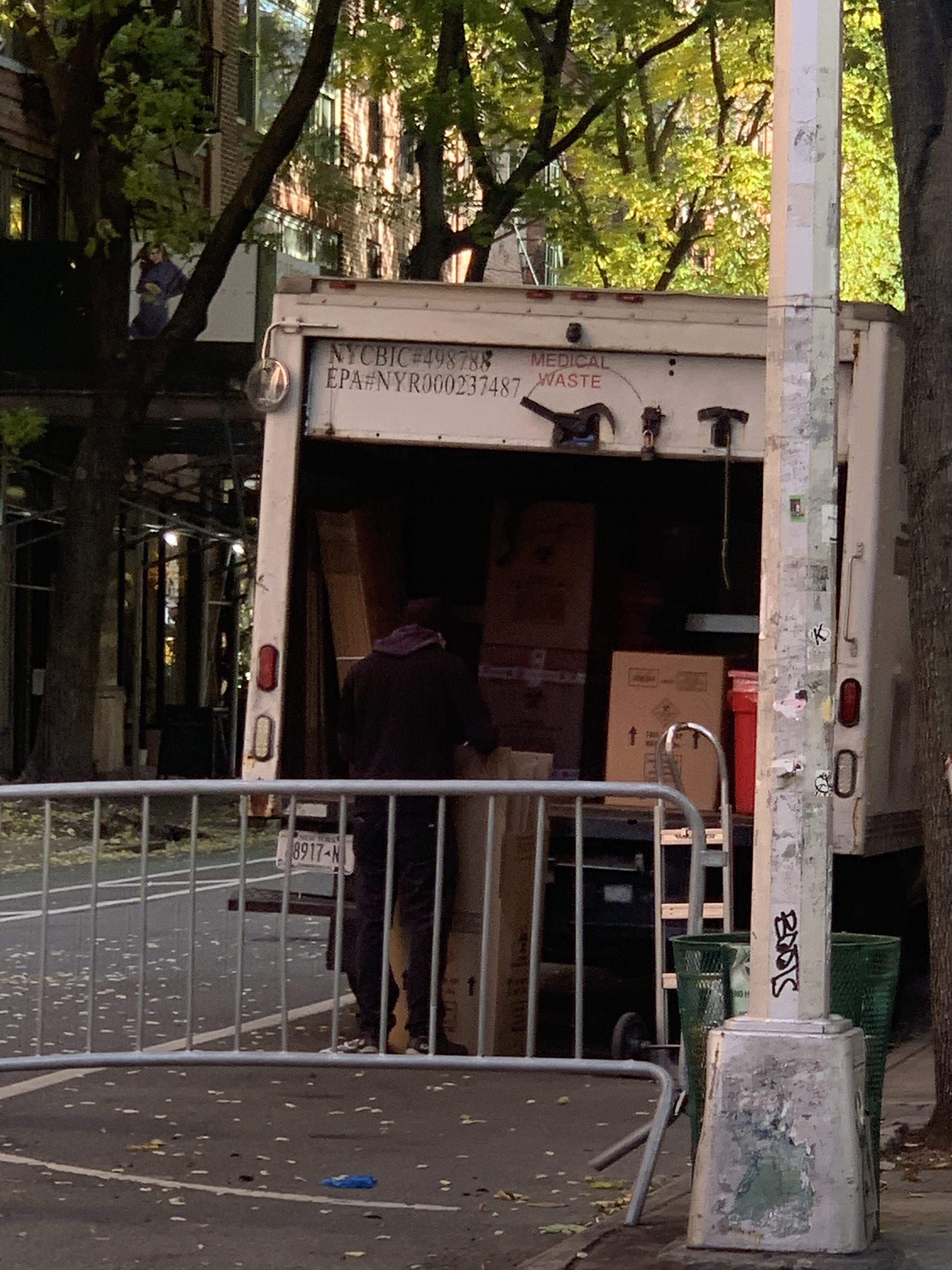 First the boxes go in. 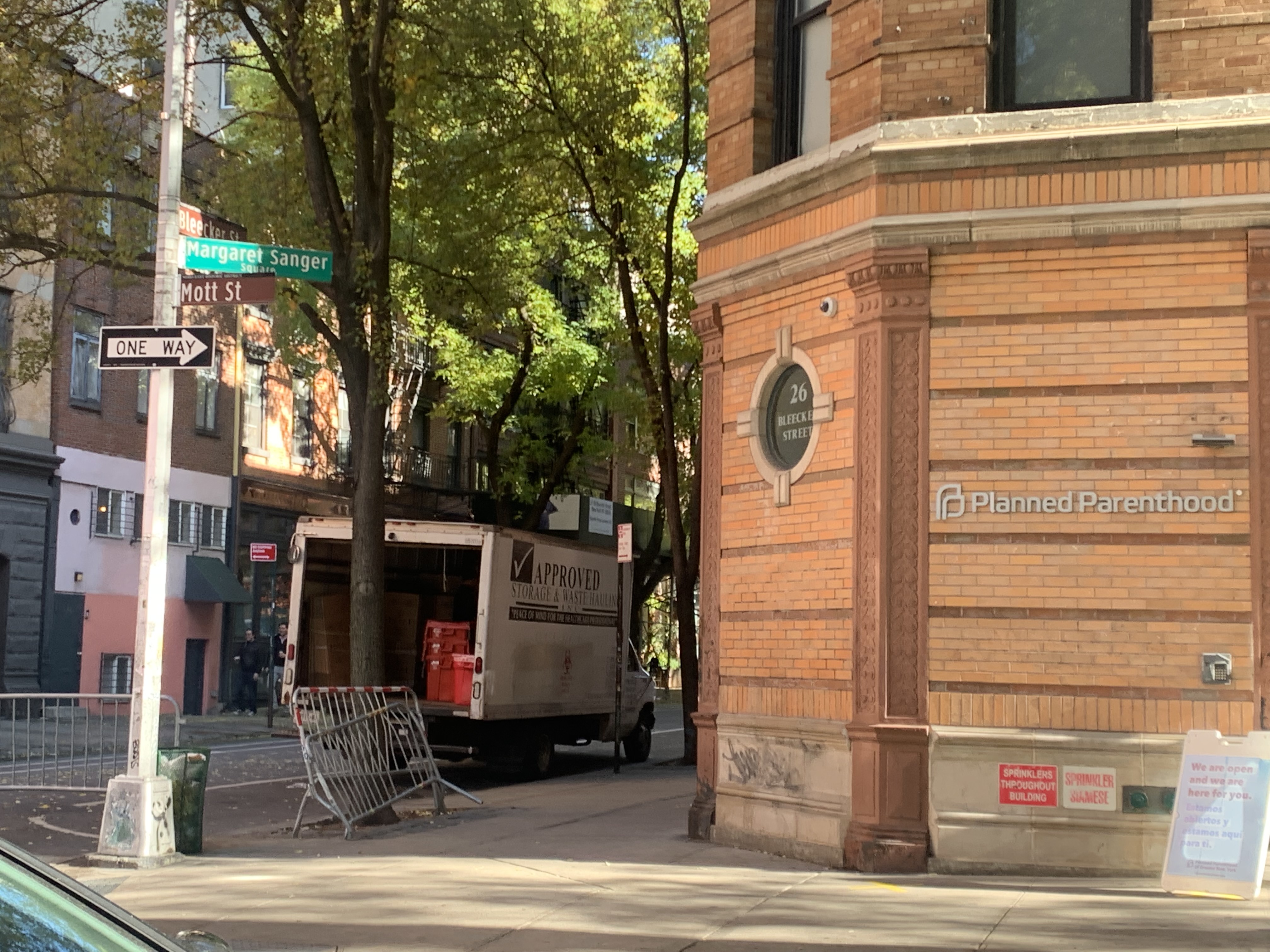 The truck sits waiting. Life goes on around before the products of conception arrive. 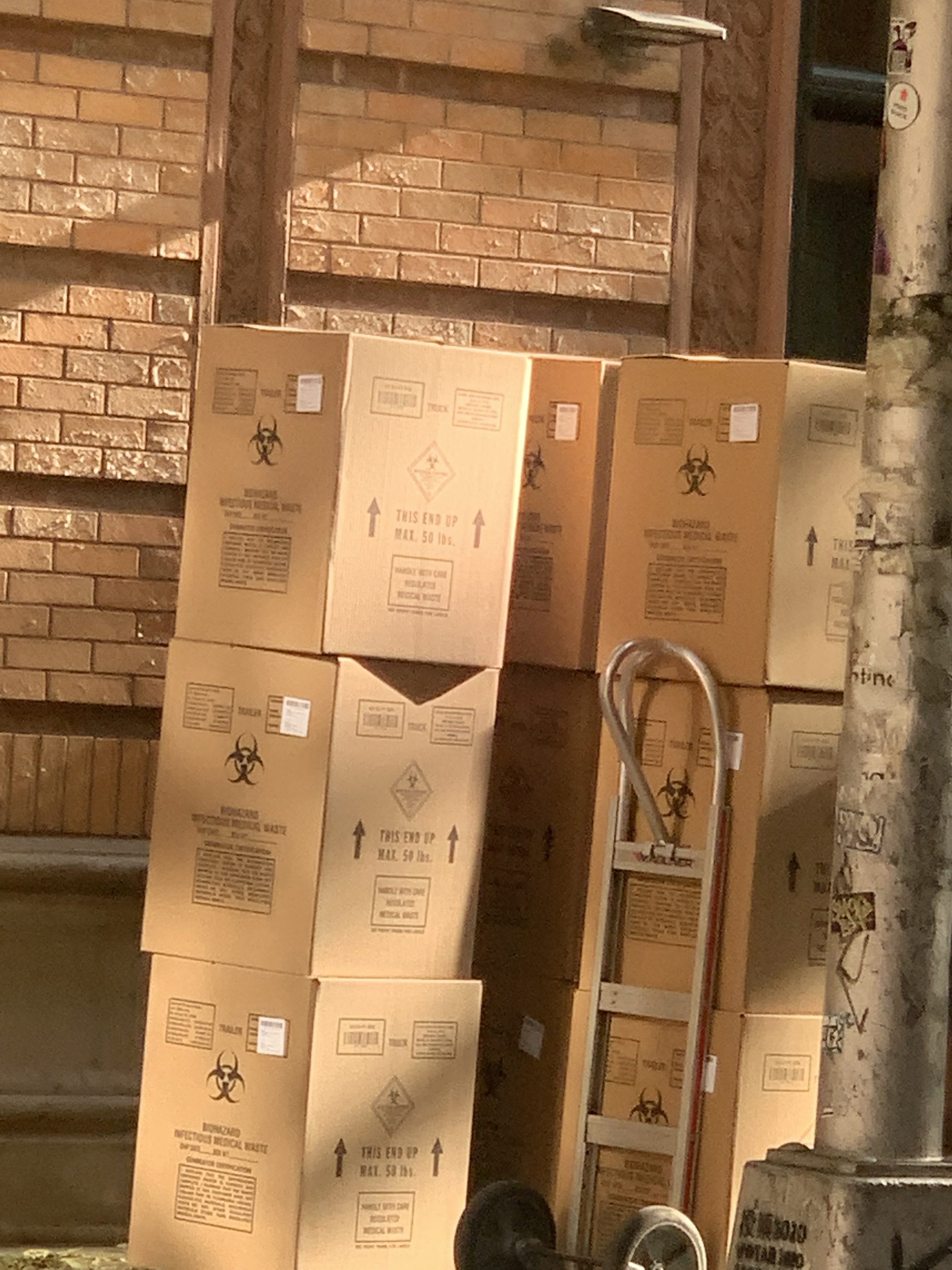 The boxes come out and sit before they can all be transported to the truck. All the while, life goes on around as if nothing horrific has happened. 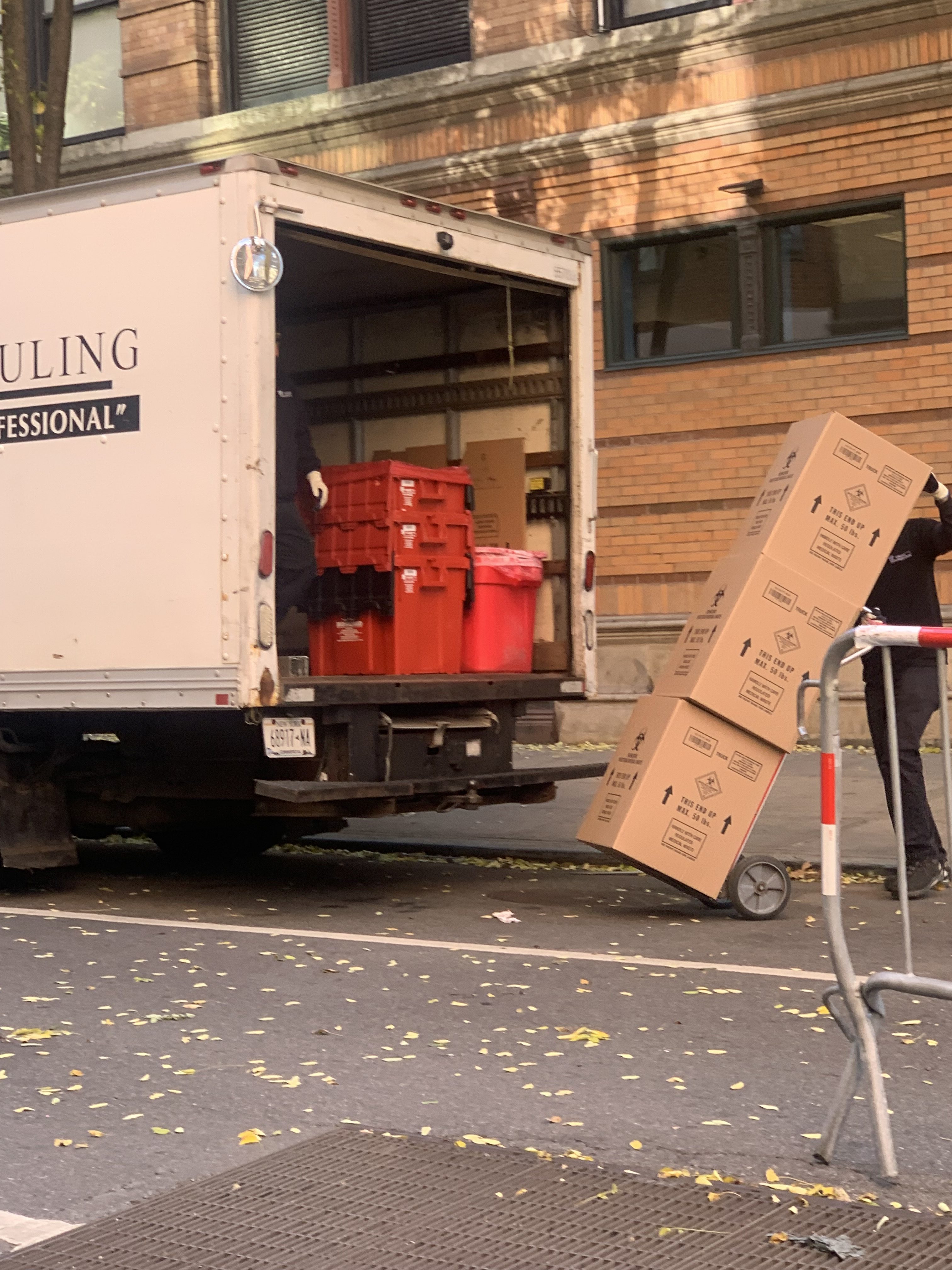 They make it to the truck. 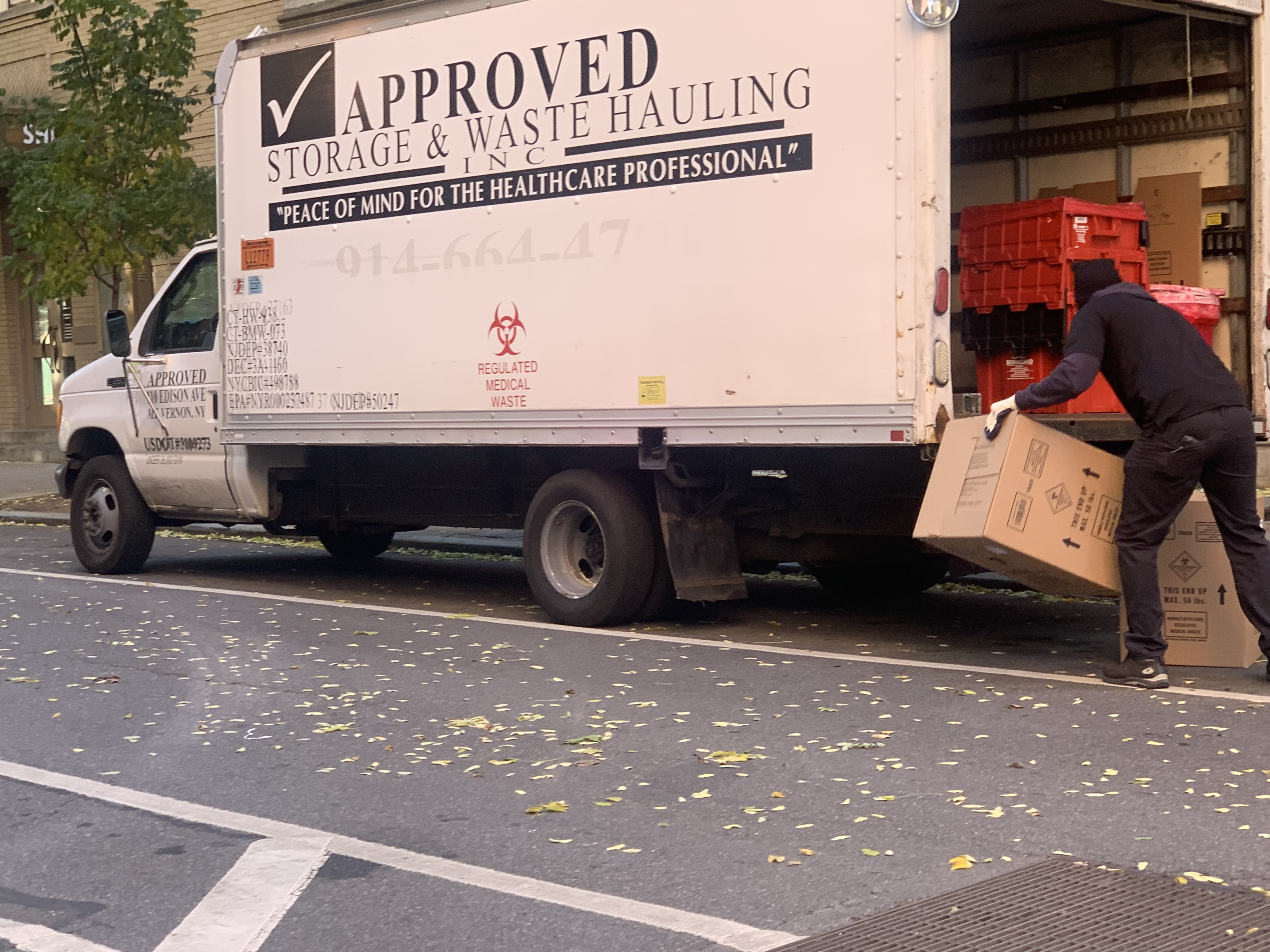 Would there be a constant vigil. We need to make our lives constant vigils and helps to women so that they do not feel like they have to have their babies killed by so-called health care that is harming them and killing the second patient.

During the Dobbs oral arguments, there was a back-and-forth about competing interests. Can we just tell the truth and say there are two patients when a woman is pregnant, and one of them is a baby and the other of them is already a mother? She chooses now if she is going to let her baby live or not. She can let her live and chose an adoption plan — or as Amy Coney Barrett pointed out on Wednesday, she can even — no questions asked — drop the baby off with qualified people (like at an emergency room), because of safe-haven laws. Abortion is the choice to eliminate the baby. Euphemisms are how we have lived with abortion so long.

If Dobbs overthrows Roe, there will likely be more abortions in places such as New York. Governor Kathy Hochul has already implored Texas pregnant women to come here for their abortions — “Lady Liberty is here to welcome you with open arms.”

It’s also important not to look away from what is right before our eyes and to be truthful about what abortion is, because abortion is getting more hidden with chemical abortion. I’ve heard some predict there won’t need to be abortion clinics before too long, because more abortions will be done through the mail and such. What a cruel reality and prospect — to leave women and girls even more alone in the misery of abortion!

So talk about what it is and how we do better. We can’t settle for abortion post-Roe. We have to show the real resources that exist for women for life and how amazing women are when given a chance to be mothers.