Insert all the appropriate caveats: It’s only early May, this is one poll, candidate quality matters, we don’t know what big issues or scandals or events will alter the political landscape between now and November, etcetera.

But this poll from Morning Consult should have the National Republican Senate Committee doing cartwheels, as this is a terrific time to be a GOP challenger with a “it’s time for a change” message, running in a red state against a Democrat incumbent. The “deserves reelection” numbers for these incumbents are abysmal: 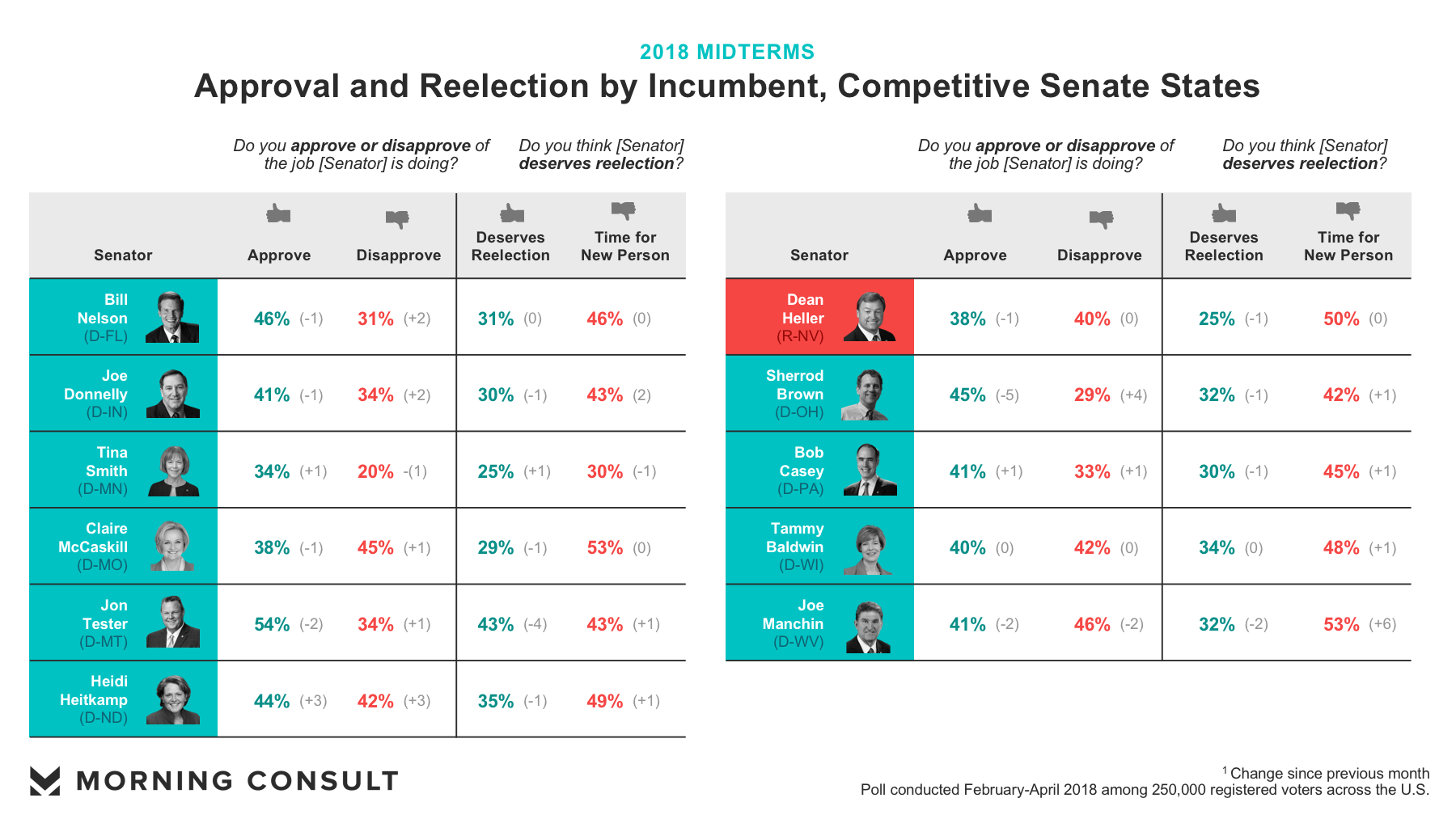 Does this mean that those Democratic incumbents are toast? Nope. A bunch of these senators have managed to hang on in much tougher political environments than this. But it is conceivable that in a tumultuous year with low presidential approval ratings and a ton of House Republican retirements, the GOP does pretty well in the Senate races.

The week of September 20: ESG, energy, Carter vs. Biden and much, much more.
Andrew Stuttaford

The Tragedy of Macbeth is straight-up glory-of-cinema filmmaking, and at 66, Joel Coen continues to be one of his field’s creative leaders.
Kyle Smith

Raffensperger, who stood up to Trump's efforts to overturn the 2020 results, was invited to deliver a speech on 'election subversion.'
Isaac Schorr