One would think you’d have to work pretty hard to get outmaneuvered by Joe Biden and Chuck Schumer, and yet somehow, Republicans seem to be accomplishing that sorry feat.

For months, a seriously misguided group of Republicans have been keeping up the charade that there is a bipartisan infrastructure process going on. But Democrats keep making them look like idiots, over and over again. Even as Democrats keep reminding us that they are merely using Republicans to lend more legitimacy to the radical plans they intend to ram through on a purely bipartisan basis, this group of eleven Republican collaborators keeps coming back for more.

Later today, Senate majority leader Chuck Schumer is planning to hold a procedural vote on the bipartisan bill, even though it doesn’t exist yet. And not just that the finer points of legislative text need to be ironed out. The group of Republicans and Democrats are still working out many of the details of the actual spending and financing pieces of the legislation.

Meanwhile, even if those talks blow up, Axios, after speaking to Senator Tim Kaine, reported what many of us have long assumed: Democrats are already planning to add the $600 billion in new spending in the bipartisan bill to the $3.5 trillion in additional spending they are planning to advance via reconciliation:

“So we did have the conversation, ‘Well, what if, for some reason, the bipartisan thing doesn’t come together?'” Kaine added. “And we decided we could take care of that as we write the reconciliation bill by moving it from $3.5 [trillion] to $4.1 [trillion] and just adding in all the things that the Republicans agreed to.”

So what, exactly are these Republican collaborators doing here? They seem to be the only ones in Washington who don’t view the radical left-wing agenda currently split between two bills as effectively one mammoth bill. 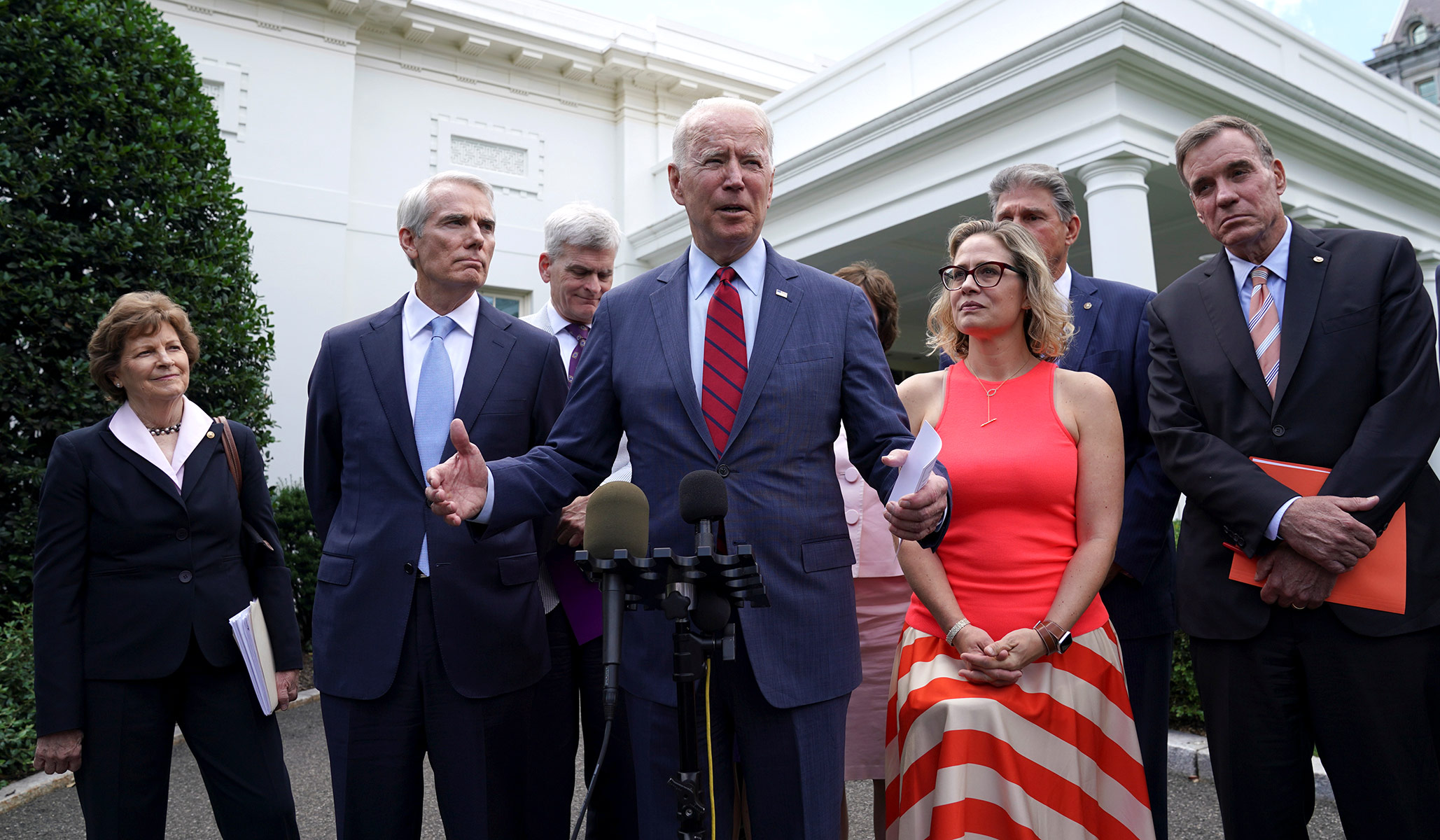