The president of the European Council does not usually make news when addressing the UN General Assembly. In fact, the current occupant of the post, Charles Michel might be used to giving UN addresses that attract minimal attention. He is, after all, a former prime minister of Belgium.

However, today was different. Michel told the world that the European Union has made its choice in the emerging strategic contest between the United States and China:

Since I became President of the European Council, I have often been asked a question that is both simple and brutal: “In the new rivalry between the United States and China, which side is the European Union on?” My answer is the following…

We are deeply connected with the United States. We share ideals, values and a mutual affection that have been strengthened through the trials of history. They remain embodied today in a vital transatlantic alliance. This does not prevent us from occasionally having divergent approaches or interests.

We do not share the values on which the political and economic system in China is based. And we will not stop promoting respect for universal human rights. Including those of minorities such as the Uighurs. Or in Hong Kong, where international commitments guaranteeing the rule of law and democracy are being questioned.

Michel’s remarks might sound like a statement of the obvious, but the speech is noteworthy for two reasons. First, it’s actually not that obvious. It dispenses with a rhetorical trick used by top European politicians in the early years of the Trump administration. It was commonplace to hear certain leaders, such as Angela Merkel and Emmanuel Macron, refer, in a single breath, to the United States, China, and Russia as global challenges to be surmounted (Macron once called for the creation of a European army to defend against the three countries). It’s difficult to imagine that formulation making a comeback, even from Merkel.

The second reason is that, despite the myriad warnings offered by purveyors of the conventional wisdom, Trump’s conduct in office has not meaningfully alienated the United States from its allies. Certainly, there are areas where the two sides differ, as they always have. But no amount of disagreement over, say, the Iran deal and the Paris Agreement, has caused an irreparable rupture.

There was renewed worry about this a week ago, when the Pew Research Center released a poll showing declining public approval of the United States in 13 of its Western allies. Some commentators and former officials said that the new numbers are disastrous for America’s standing in the world. The Washington Post’s Max Boot wrote that the poll shows how “Trump has turned the United States into a global pariah.” Nicholas Burns called it “devastating,” a sentiment echoed by Colin Kahl, a former Obama administration national security official.

And the results of the poll are certainly not promising. The survey indicates that the citizens of other liberal democracies believe that the U.S. botched its coronavirus response. It even showed that the president of the United States is less popular than his counterparts in Germany, Russia, and China. These perceptions matter because they can eat into American credibility.

That said, it’s also worth considering that China’s coronavirus-era misconduct has become an enormous factor in European diplomacy, too. U.S. popularity in Europe ebbs and flows with each administration — Republican presidents aren’t really admired on the continent. But the Chinese Communist Party has done much to help the Trump administration convince its European counterparts to take a stand on everything from 5G to Xinjiang and Hong Kong.

However, it’s not correct to claim that the administration had no hand in Europe’s turn against the CCP. Despite what the critics say, top Trump officials have worked hard to put U.S. alliances to work against Chinese authoritarianism. In light of Michel’s remarks, and the relatively frosty China–EU summit that took place earlier this month, it’s difficult to argue that trips by Mike Pompeo and Robert O’Brien to Europe this summer didn’t amount to anything.

It remains to be seen exactly how much attention Michel’s remarks, made on the Friday of a week that kicked off with speeches by Trump and Xi, will actually get. But his speech clarifies what was once unclear: Europe, which was once reluctant to declare itself so, resides firmly in the U.S. camp in the strategic contest that’s shaping up. 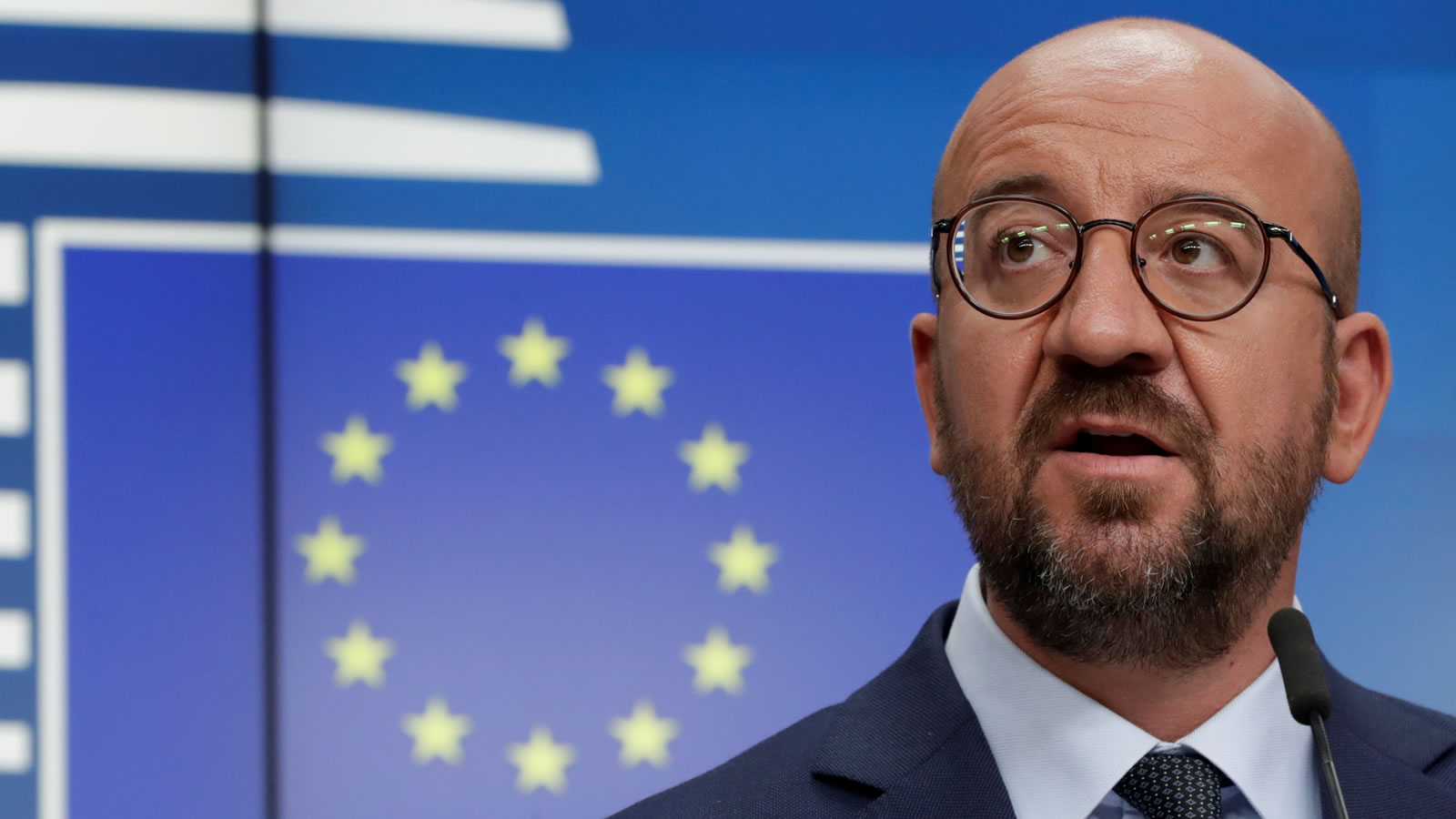