Now Large Groups of Vaccinated People Are Deemed Too Risky

The Deadline Is Tonight! Accepting Submissions to the WFB Essay Contest

Impromptus today leads with convention talk — and continues with a range of issues, including populists, Russia, and names.

An Impromptus last week led with convention talk, too — I waxed nostalgic for the conventions of old. Care for some mail?

Political conventions on TV made me a political junkie as a youngster. Nothing like some good ol’ “gavel-to-gavel coverage” to get my blood racing. Not to mention that there were only three channels, and the convention was on all of them. Or that by that time in the summer, if there wasn’t a convention, there were only reruns of Flipper.

I’m in my dotage, Jay. My first exposure to conventions was in 1960, when I was six years old. It was the first time I heard my parents arguing about anything. I guess she liked Kennedy’s looks?

In a different Impromptus, I had an item on Berchtesgaden, the place in Bavaria where Hitler had his “Eagle’s Nest.” This item occasioned a fair amount of mail. I would like to share with you one of the most unusual pieces:

Longtime reader and fellow Michigander here. My father-in-law, who served 20 years in the Air Force, is a history buff who enjoyed visits to the Eagle’s Nest more than once while he was stationed in West Germany. He is also a Bernie Sanders supporter who would tell anyone who would listen why George W. Bush was just like Hitler. (He hates Trump, too, but his outward displays of hatred have mellowed with age.)

In that same Impromptus, I highlighted a press release from the U.S. attorney’s office in the Eastern District of Texas: “Drug-Dealing, White Supremacist Stripper Sentenced for Obstruction of Justice.” Sometimes the legal news is interesting.

As a criminal defense lawyer in East Texas, I was delighted to see that headline about the male stripper Klansman or whatever in Texarkana. We have all kinds in East Texas: big tent.

I also highlighted a public-service announcement from the Barbara Bush Branch Library in Harris County, Texas. Curbside Larry says, “Come on down!” The same lawyer, who noted the stripper, says,

That’s how we all talk down here, right? Personally, I don’t see the novelty of it (the PSA).

Big fan of Joe Stillwell. A friend of mine had the “Stilwell job” (chief of tactics) at the Infantry School at Benning.

The best commentary on Stilwell: If St. Francis of Assisi had had to deal with Chiang Kai-shek, he would have gone down in history as “Vinegar Frank.”

Adore that. And how about this, from David Churchill Barrow?

During the war, Stilwell was trapped in the jungle behind enemy lines with a motley crew of soldiers, guerrillas, and civilians. He promised to get them out — all of them. He said something like, “You’ll think I’m the meanest sonofabitch you ever knew, but I will get you out.” For keeping that promise, among other reasons, the award for the highest grade in military ethics at West Point is called the Stilwell Award. Below is a picture of our daughter (the short one) being presented that award by her classmate Jackie Stilwell, Vinegar Joe’s great-granddaughter 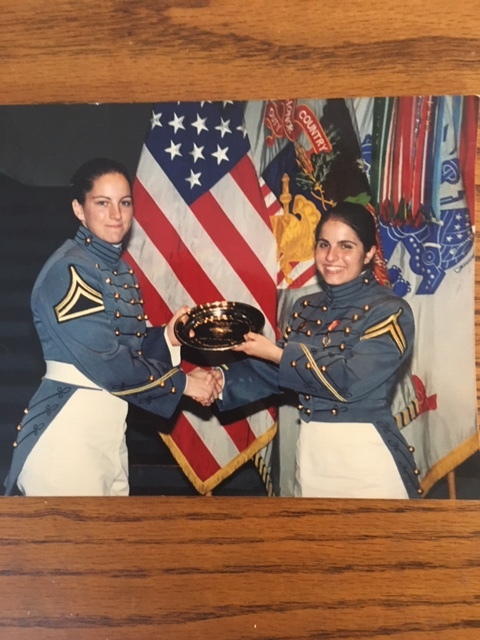 The comments further conflict with any suggestion that the two bills might be considered on separate tracks, as some Republican negotiators had hoped.
Caroline Downey

‘I do not think it was right of the speaker to decide which Republicans should be on the committee,’ the moderate Republican from Maine said.
Caroline Downey

FDA Signals It Will Expedite Full-Approval Process for COVID Vaccines

A top agency official said that the Pfizer-BioNTech shot will be under accelerated review.
Caroline Downey

Having a common songbook unites congregations and strengthens the church.
Dominic Pino

Wesley J. Smith
Think of what we laughed at 50 years ago that is now such hard dogma that having a heterodox view can lead to losing your job.
View More
Loading...