Last week Georgia governor Brian Kemp signed perhaps the most impressive and comprehensively pro-life “heartbeat bill” in the nation. The law (set to go into effect in 2020) not only bans abortion when the baby has a “detectable human heartbeat” it declares the scientific, philosophical, and theological truth that an unborn child is a “natural person” under state law. The law — like other state heartbeat bills — defies controlling Supreme Court authority, and expect pro-abortion activists to immediately challenge it in court.

I expected activist resistance and protest against the bill. I expected radical voices to urge corporate boycotts of Georgia. But I must confess that I did not expect to see a series of stories with lurid headlines and fundamentally mistaken premises to go viral — and to stay viral for days. Here’s a sampling:

Business Insider: “Women could get up to 30 years in prison for having a miscarriage under Georgia’s harsh new abortion law.”

Glamour: “Women who have an abortion in Georgia could be sentenced to life in prison.”

The stories are viral in part because they rely on facially-plausible reasoning. Since Georgia declared all unborn children to be natural persons, then — according to these articles — Georgia’s conventional murder statute must apply to women who “self-terminate.” If the woman has a miscarriage in part through her own neglect, then Georgia’s second-degree murder statute applies. If a person helps another person obtain an abortion across state lines, then they’re guilty of “conspiracy” under Georgia statutes.

But this is fundamentally wrong. The heartbeat bill did not repeal a number of Georgia criminal statutes that explicitly apply to abortions and unborn children, and it does not overrule controlling legal authority holding that these statutes bar prosecution of a woman for terminating her own pregnancy. Let’s walk through these statutes and the key case.

First, there is a specific code section that applies to unlawful abortions. Georgia Code Section 16-12-140 states:

(a) A person commits the offense of criminal abortion when, in violation of Code Section 16-12-141 , he or she administers any medicine, drugs, or other substance whatever to any woman or when he or she uses any instrument or other means whatever upon any woman with intent to produce a miscarriage or abortion.

(b) A person convicted of the offense of criminal abortion shall be punished by imprisonment for not less than one nor more than ten years.

Code Section 16-12-141 is the exact section that was amended to include the heartbeat provision. If a person performs an abortion in violation of the heartbeat bill, then Code Section 16-12-140 applies. It does not impose life imprisonment on anybody, and Georgia courts have held that it does not apply to a woman who self-terminates, only to third parties who perform an abortion. In Hillman v. State, the Court of Appeals of Georgia rejected the prosecution’s effort to imprison a woman who shot herself in the stomach to kill her unborn child. Interpreting Section 16-12-140, it said, “This statute is written in the third person, clearly indicating that at least two actors must be involved.” Accordingly, it “does not criminalize a pregnant woman’s actions in securing an abortion, regardless of the means utilized.”

Second, the Georgia code section that criminalizes “feticide” (such as when a man attacks a woman for the purpose of killing her unborn baby) specifically states that “nothing in this Code section shall be construed to permit the prosecution of . . . any woman with respect to her unborn child.”

Taken together, these statutes mean that a woman cannot be prosecuted either for aborting her own baby or committing feticide. If you’re still skeptical about my argument, perhaps you’ll believe a Planned Parenthood representative responding to a query from the Washington Post. The Post fact-checked claims that the Georgia Bill criminalized women who terminated their own pregnancies and found those claims “incorrect”

“The news headlines and social media headlines that speculate about the bills’ unintended consequences are – at the very least – not productive. At most, they’re harmful,” Planned Parenthood’s Staci Fox told The Post on Friday.

HB 481 could not be used to successfully prosecute women, she argued. But if a woman had a miscarriage, she could be pulled into an investigation looking at whether someone performed an illegal abortion on her.

That’s a far, far cry from the headlines above. But the truth isn’t stopping the falsehood from rocketing around social media. Twitter is full of claims that Georgia wants to throw women in jail for life. But now you know these claims are false. Georgia law is clear. While abortionists can be prosecuted for performing unlawful abortions — and an attacker can spend the rest of his life in jail for killing a woman’s unborn child — Georgia’s heartbeat bill cannot be used to prosecute a woman for ending her own pregnancy. 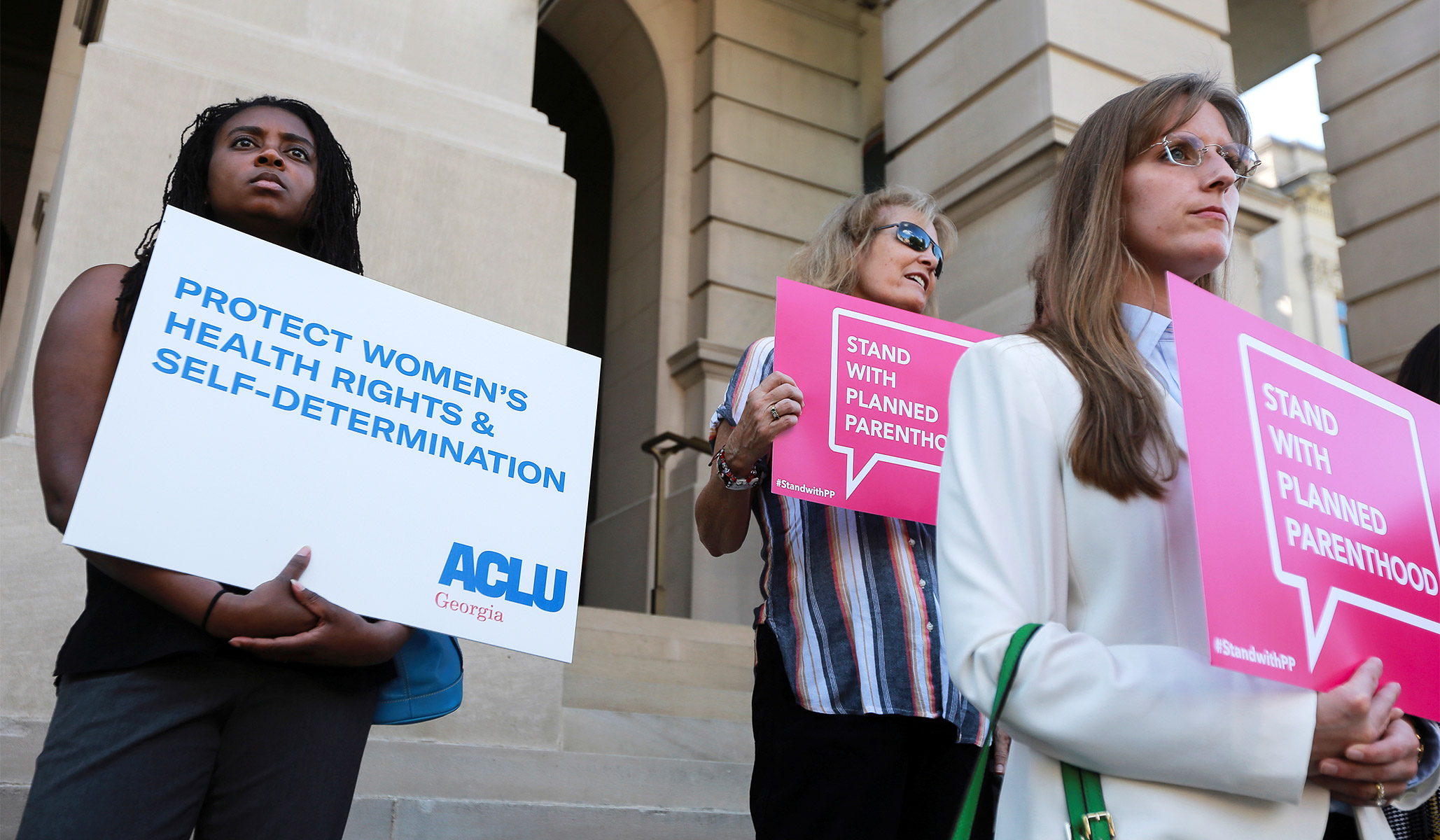