Who will stand up for democracy and justice in this age of the strongman? People on the streets of Hong Kong, and people on the streets of Moscow, are providing stirring examples. They are sticking their necks out. Protesting in Hong Kong or Moscow is not like protesting in, say, Oberlin, Ohio. In Oberlin, you can go to Starbucks after and enjoy a latte. In Hong Kong or Moscow — you could wind up in prison or dead.

Democracy protesters in both Hong Kong and Moscow have been beaten to a pulp. The pictures are available for all to see.

I believe that the United States, starting with the president, should express support of these protesters. We have long stood for something in the world. If we can’t express support, how about mere, weak good wishes? If not that — at least avoid sympathy, or even the appearance of sympathy, with the dictators.

Yesterday, a reporter asked President Trump, “Are you concerned by reports that the Chinese army may be preparing to intervene in Hong Kong against the demonstrators?” Trump answered as follows:

“Well, something is probably happening with Hong Kong, because, when you look at, you know, what’s going on, they’ve had riots for a long period of time. And I don’t know what China’s attitude is. Somebody said that at some point they’re going to want to stop that. But that’s between Hong Kong and that’s between China, because Hong Kong is a part of China. They’ll have to deal with that themselves. They don’t need advice.”

The president’s use of a particular word is significant, as Reuters reported:

Trump’s labelling of the demonstrations as riots is certain to rile activists in the Asian financial centre who have called on the city’s government to drop the use of the word to describe the protests. . . .

Rioting is defined under Hong Kong law as an unlawful assembly of three or more people where any person commits a breach of the peace. A conviction can carry a 10-year prison sentence.

Two weeks ago, Trump was asked about the beating of protesters in Hong Kong. He answered, “You know, you could say what you said, but you could also say that he has allowed that to go on for a long time” — “he” being Xi Jinping, the PRC boss. “China could stop them if they wanted,” Trump said. He reiterated: “It has been going on a long time.”

Personally, I think of an interview that Trump gave a long time ago — more than 25 years before he became president. It was in 1990, to Playboy magazine. The interviewer asked him about Gorbachev in the Soviet Union.

“Russia is out of control,” Trump said, “and the leadership knows it. That’s my problem with Gorbachev. Not a firm enough hand.”

His interviewer asked, “You mean firm hand as in China?”

Trump answered, “When the students poured into Tiananmen Square, the Chinese government almost blew it. Then they were vicious, they were horrible, but they put it down with strength. That shows you the power of strength. Our country is right now perceived as weak . . . as being spit on by the rest of the world.”

I wish that the ruling Communists had “blown it” in Tiananmen Square. And I hope they blow it in Hong Kong, by refraining from another massacre. Some of the demonstrators are waving the American flag — which still means something to people far and wide. 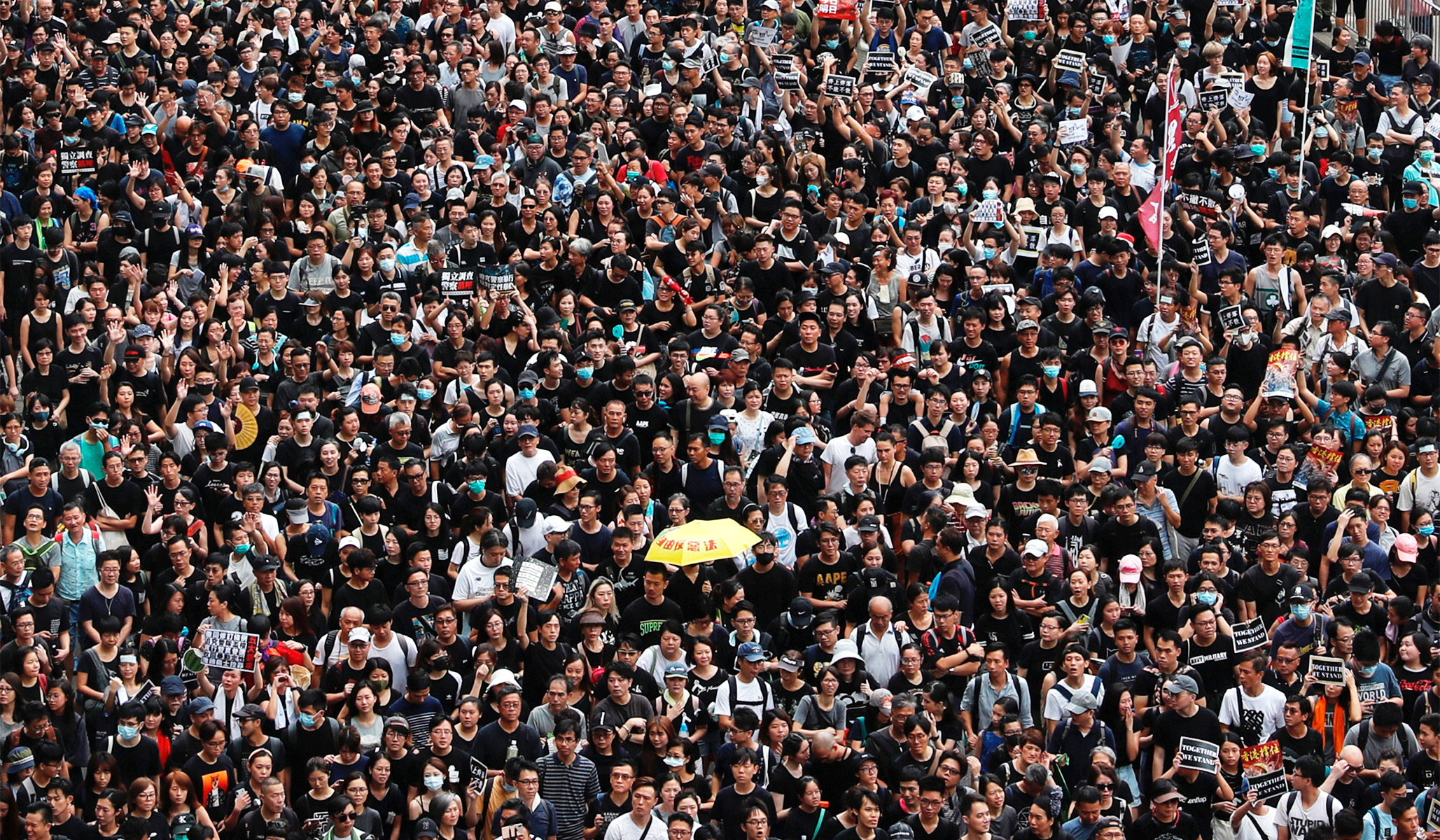