Later, Maher tried to crack wise about the fact that Zimmerman can still legally carry a gun after his acquittal: “I say if he gets a gun, Casey Anthony gets a baby,” he said. He was again perplexed by why it backfired: “What is with the booing tonight?” Maher’s repeated bombs prompted Letterman to check his watch to see how much time was left in the interview.

Maher also told viewers that he invited Michael Moore and Salman Rushdie to watch the game with him. These men of the people had pretty decent seats: 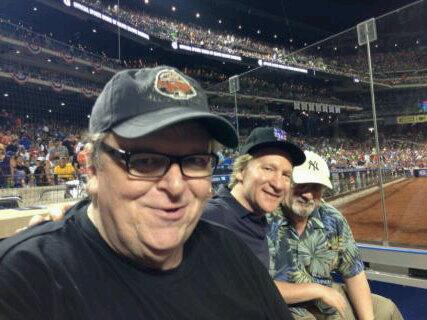