We have lost a dear friend. Our longtime literary editor, Mike Potemra, has passed away.

Mike was a great original, and a deeply humane and learned person. He read more books per week than anyone I have ever known and had a deep knowledge of culture and politics. He was an exceptionally gifted and proficient editor.

He came to NR in 1999 from then-senator Mike DeWine’s office and had a stint in Reagan’s speechwriting shop toward the end of the administration.

It’s difficult to describe Mike if you didn’t know him. He was a warm and gentle soul who delighted in his own eccentricity. He ably represented the old-school NR traditions of not driving (even when he moved to L.A.!) and maintaining odd hours (he worked at night, and if you saw him at 2 p.m. in the office, he was up and out early). His attire was disheveled and his briefcase often a plastic bag or two. He didn’t have a practical bone in his body and was born to work at a place like NR.

Maybe it’s most accurate to call him an outgoing introvert. He never drew attention to himself and wasn’t a backslapper (the last time I saw him, I jokingly attempted a bro hug, and it didn’t come off). But he was genuinely interested in people and loved to laugh. When he had a joke, he’d share it with everyone in the office. He loved to do impressions, particularly making comments about contemporary politics in his Nixon voice. You usually knew he was in the office because you could hear his laughter.

The one time I remember him being angry was when, prior to his taking over the back of the book, he thought we’d run a review that was churlish and unfair to an author. Otherwise, he tended to express his criticisms in extremely back-handed praise.

He knew an incredible amount about most things. Jay Nordlinger is given to asking obscure trivia questions about politics, music, and pop culture at our editorial meetings, and Mike was most often the one with the answer.

My standard for a true reader is someone who reads walking down the street (not a phone, but a real book), and Mike did it. It wasn’t just books. He voraciously consumed all culture, especially movies. If there was an Iranian art film showing somewhere in the city, he had seen it.

In recent years, we had only seen him rarely after the move to L.A., where he loved the weather and the access to the ocean for swimming. Since he didn’t fly (I think he might have gotten out to L.A. by bus or driven by a friend), he didn’t come back East.

He was missed in the office, and we will never have another like him.

You’d often see him at his desk with a two-liter bottle of an unusual soda on his desk, say, Diet Cherry RC Cola.

He grew up in Montreal, and the one reliable way to get a rise out of him was to refer to him as a Canadian (New York winters were nothing to him — if it was 20 degrees, you might see him wearing a wind-breaker).

He was drawn to underdogs and lovable losers, so of course he was a Mets fan. I’d joke with him when the Yankees were on a losing streak that it wasn’t too late to switch over.

He claimed to be attracted only to physically unattractive women, but, as far as I know, was seen only in the company of slender blondes.

His politics were idiosyncratic. He was conservative on matters of high culture and a committed pro-lifer, but most everything else was up for grabs.

His great project in life was searching for God, in an earnest, unceasing, intellectually rigorous quest. He went to every sort of church (and synagogue). He knew pretty much every holy book of every tradition. He went through a period of flirting with Judaism and then regularly attended an Evangelical church. For a time, a shelf in his office was entirely devoted to different translations of the Bible and various commentaries. He wanted to know the mystery of life. Now, he knows. R.I.P. 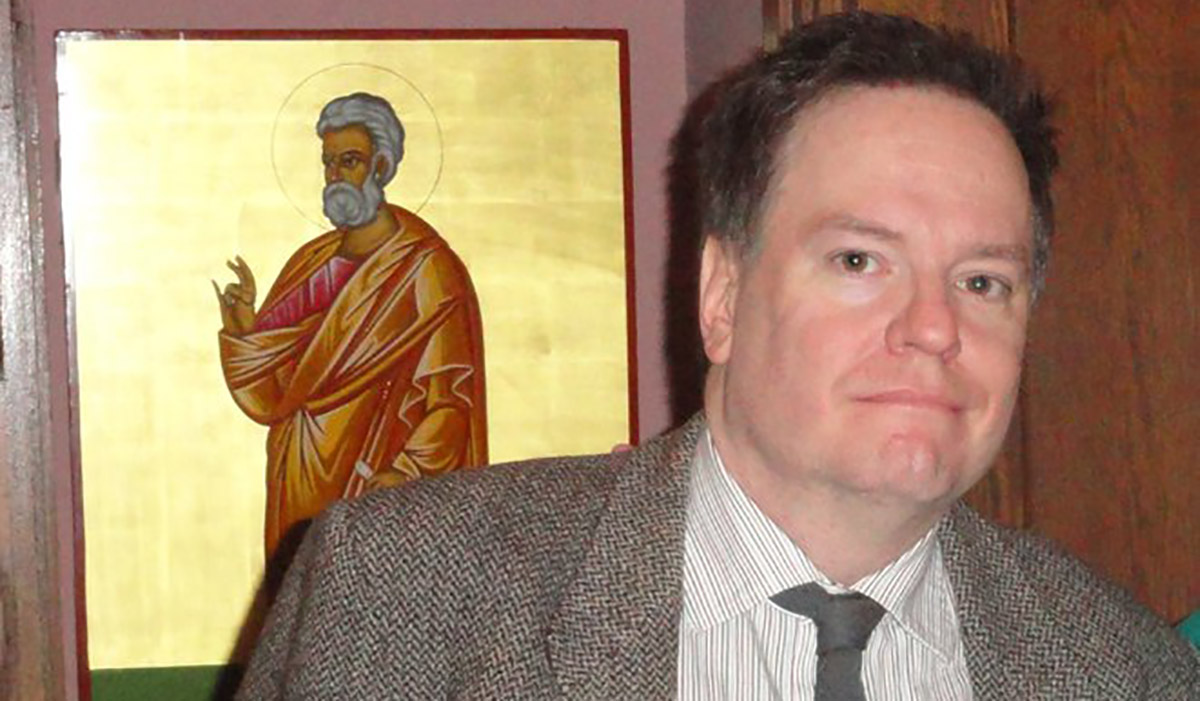