At the end of last month, just as the news of the Ukraine scandal started dominating the news cycle, I argued that we’re seeing evidence that the guardrails that staff had placed around Donald Trump’s worst instincts were in the process of breaking down. When Trump’s staff was at its best, it was possible to draw a line between “Trump” and the “Trump administration.” Trump was the deeply unconventional leader who made disturbing public statements and appeared to have a fondness for authoritarian dictators like Vladimir Putin and Kim Jong-un, but his administration was tougher on Russia than Obama and was refusing to give away the store to North Korea to cut a deal. This is the root of the words/actions distinction that so many Trump supporters rely upon to wave way his wildest statements.

Yet in both the Ukraine and Syria scandals, we’re watching what it’s like when “Trump” and the “Trump administration” start to fully merge. How does the world’s greatest democracy send a letter to a foreign letter that reads like this:

EXCLUSIVE: I have obtained a copy of ⁦@realDonaldTrump⁩’s letter to #Erdogan. ⁦@POTUS⁩ warns him to not “be a tough guy! Don’t be a fool!” Says he could destroy Turkey’s economy if #Syria is not resolved in a humane way. Details tonight at 8pm #TrishRegan #FoxBusiness pic.twitter.com/9BoSGlbRyt

And for those who argue that this rhetoric might be effective (even if it’s unconventional), look at the date. It was sent October 9, and the Turkish offensive has not only continued, American troops “came under artillery fire from Turkish positions” two days later. Now we’re receiving reports that American air power had to be used to intimidate Turkish-backed forces and deter them from approaching too close to an American base — buying time to evacuate the base and then bomb it to deny its use to our Turkish “allies.” Indeed, the offensive continues to this day, with no word (as of this writing) that Turkey has agreed to Trump’s request for a cease-fire.

But the Syrian crisis is hardly the only example of collapsing guardrails. Trump’s ambassador to the European Union, Gordon Sondland, told House impeachment investigators that he was opposed to Rudy Giuliani’s role in Trump’s diplomacy, but had little choice but to comply with the president’s directives:

Indeed, Secretary Perry, Ambassador Volker, and I were disappointed by our May 23, 2019 White House debriefing. We strongly believed that a call and White House meeting between Presidents Trump and Zelensky was important and that these should be scheduled promptly and without any pre-conditions. We were also disappointed by the President’s direction that we involve Mr. Giuliani. Our view was that the men and women of the State Department, not the President’s personal lawyer, should take responsibility for all aspects of U.S. foreign policy towards Ukraine. However, based on the President’s direction, we were faced with a choice: We could abandon the goal of a White House meeting for President Zelensky, which we all believed was crucial to strengthening U.S.-Ukrainian ties and furthering long-held U.S. foreign policy goals in the region; or we could do as President Trump directed and talk to Mr. Giuliani to address the President’s concerns.

The buck stops with the boss. He runs his own administration. That’s why the guardrails couldn’t last. Yes, officials can resign in protest of policies they don’t like. On occasion, some (like former White House counsel Don McGahn) defy his orders. But over time, the president will get what he wants — especially in foreign policy, where his power is at its peak — and when it comes to Ukraine and Syria, that time is now. The results are exactly what you would expect. American diplomacy in a crucial region is hijacked by Trump’s conspiracy theories. In another crucial region, we’ve squandered a key alliance, granted ISIS a much-needed reprieve, and watched as Russians give their citizens guided tours of a recently abandoned American base. This is most assuredly not what “winning” looks like. 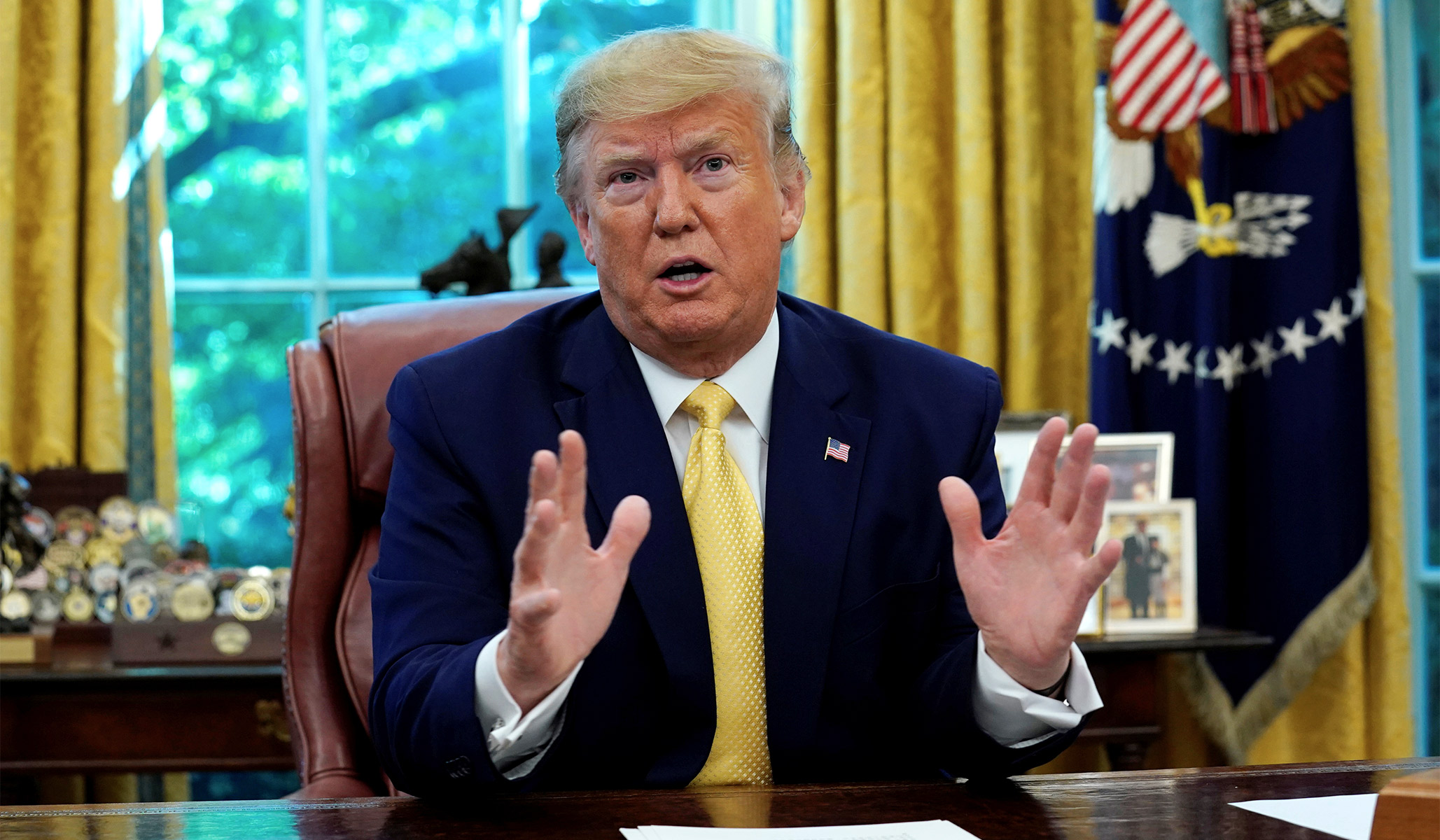