If McAuliffe Underperforms Polls the Way He Did in 2013, He Will Lose to Youngkin

TRENTON — A New Jersey appeals court ruled Wednesday that a Monmouth County man can legally be denied a gun permit because he was accused of domestic violence in the past, even though he was never convicted.

A three-judge appellate panel ruled that both the Aberdeen police chief and a state Superior Court judge were within their authority under New Jersey law to reject the application of a man — identified only as Z.L. — to buy a handgun and keep it in his home.

Z.L. had applied for a permit in 2013, but a background check revealed that he was arrested in 1998 on a domestic violence charge and that police had been called to his Aberdeen home on five other occasions, according to court papers.

The police chief in the Monmouth County township denied the application though Z.L. was acquitted in 1998, the papers say. The chief said the man’s “past history of domestic violence” may be enough to “indicate a public safety concern,” the documents say.

Z.L. appealed, and at the trial, he said he struck his wife in the 1998 incident but stressed that it was accidental and that he was acquitted, according to court papers. But Superior Court Judge Ronald Reisner in Monmouth County upheld the chief’s denial, saying that Z.L.’s home was “not the place for a firearm.”

The first thing to say is that this is a legal case, not a debate club exercise. That being so, it is entirely possible that the court got this question right and that New Jersey’s firearms laws do indeed permit the authorities to deny “Z.L.” a gun permit on the basis of allegations that have been made against him. I’ve spent a good amount of time looking through New Jersey’s regulations of late, and they are an absolute disaster. These, recall, are the laws that threatened to destroy Shaneen Allen’s life. These are the laws that caught out 72-year-old Gordon van Gilder, and would have put him in jail for a decade. These are the laws that are still hanging over Steffon Josey-Davis’s future. Eventually, the most egregious provisions may well be struck down. For the moment, however, the state seems to be able to do pretty much what it wants.

Why? Well, because New Jersey lacks a state-level constitutional right to keep and bear arms — it is one of only six states without one – and because it is being protected from the Second Amendment’s oversight by a federal appeals court that, even post Heller/McDonald, is notorious for permitting obvious violations. Sadly, until such time as the Supreme Court agrees to take up a few of the firearms questions that are pending national review, New Jerseyans are likely to suffer. Are the authorities technically within the law in this case? I’ll let you decide. (Here is the opinion.)

That having been said: What the hell? Forget that we are talking about the purchase of firearms here. (This isn’t about carrying a gun, note, it’s about buying one.) What sort of justice is this? For almost one thousand years it has been an axiom of Anglo-American law that charges do not constitute convictions, that acquittals are not guilty verdicts, and that to be arrested is not to be condemned. What should we make of the fact that, on the basis of nothing but hearsay, an American police chief has ignored the ruling of the courts and issued a legally innocent man with a punishment, thereby denying him the chance to exercise a basic right? What sort of doors, one wonders, does this approach open up to the mischievous? Should we put acquitted people in prison, too, if the relevant cops suspect the justice system has got it wrong?

I understand that New Jersey has a “may issue” purchase-permitting process, and I comprehend that “may issue” purchase-permitting processes are inherently capricious. But it strikes me that there is a serious difference between denying someone a gun permit because they don’t meet a particular criterion — say, because they can’t prove that their life is in danger or that they have a dangerous job — and denying someone a gun permit because someone once falsely accused them of having committed a crime. If New Jersey’s law does indeed allow this latter form of whimsy, it needs to be amended — and right now. 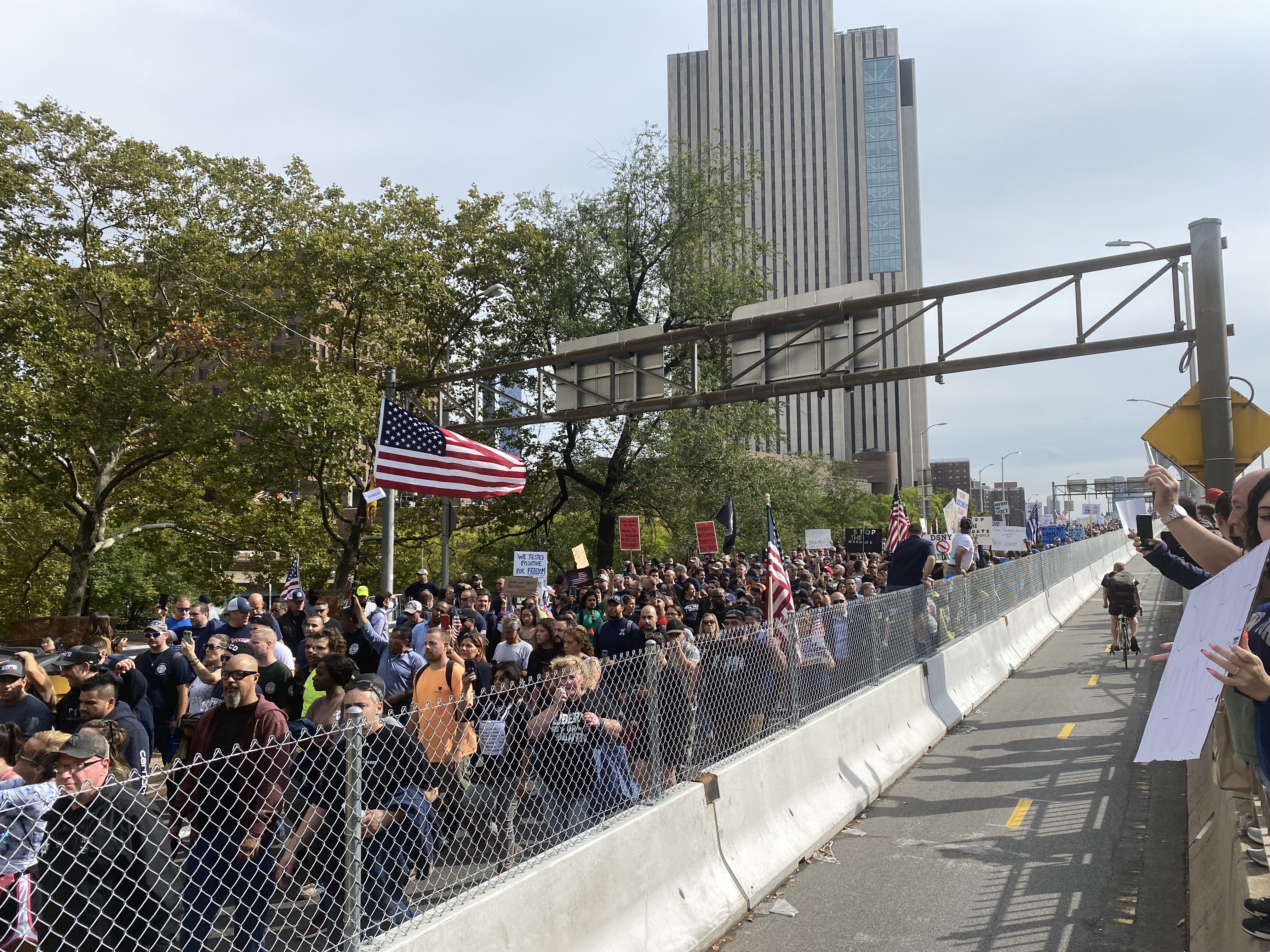 Thousands of city workers converged on the Brooklyn Bridge Monday to protest what they decried as the "medical tyranny" of vaccine mandates.
Caroline Downey

Columnist Binyamin Appelbaum butchers the facts to tar Republicans as a threat to ‘the American experiment in multicultural democracy.’
Charles C. W. Cooke

Earlier this month, Fox News reported that the Biden administration had released more than 70,000 illegal immigrants into the U.S. since August 6.

It's All Projection: McAuliffe Smears Youngkin as 2020 Truther While Embracing His Own Election Conspiracy

Over the weekend, McAuliffe suggested that the 2018 Georgia gubernatorial election was stolen from Stacey Abrams.
Isaac Schorr, Brittany Bernstein