Forgive me for revisiting that Gail Collins New York Times column I examined yesterday, but I think it is important to understand the extent to which this kind of ignorance and bigotry shapes the gun-control conversation. Here’s a selection from the comments section on that column. Comments sections are a mixed bag, at best, but this particular remark bears the endorsement of both Gail Collins and the New York Times: 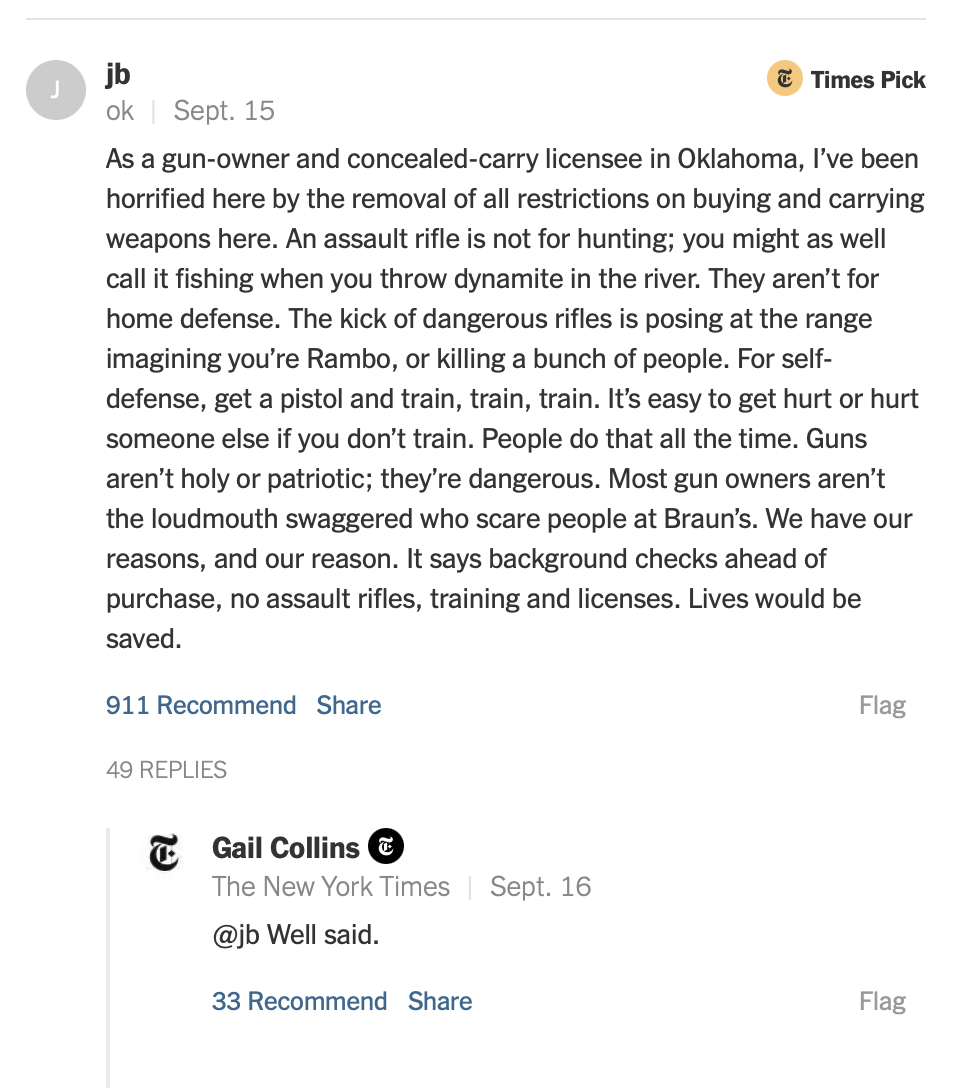 This bears all the features of the worst of our contemporary discourse.

I would like to emphasize that what is at issue here is not a difference of opinion — these are questions of fact. Gail Collins and the New York Times have a duty to these facts, even on the opinion page. Crime and firearms policy are serious issues, and they deserve to be taken seriously. This kind of thing is a public disservice.