Mahatma Gandhi is often reported to have said something like: If Catholics really believed that God Himself were present in the Eucharist, they would crawl toward the altar on their stomachs. Long pants and a collared shirt would be a start.

The Catholic Mass, delicately constructed over the centuries and gradually ornamented with what the late Michael Davies called liturgical “accretions,” was rebuilt wholesale in the 1960s at Vatican Council II to better include (as if they had ever been excluded) The People.

The scene at the consecration in Novus Ordo Parish, USA in Year of Our Lord 2019 astounds in its portability. It proceeds like a ritual of perfect disregard: Father Bob, in the name of anti-clericalism, conscripts a lay army of “extraordinary ministers” to distribute the Host in their Sunday Mediocrities (Barb’s jeans and white blouse will no doubt suffice for Sunday brunch at the country club after Mass). Jan, Susan, Barb, and Gregg ascend the altar without genuflection or bow — this is The People’s house! — as Father Bob hands them what would, in a faraway time, be considered the Body and Blood of Christ. But this is The People’s feast, and the greatest threat to their unity as such is the One who brings not peace, but a sword.

No swords in The People’s house.

Like clockwork, The People (save one or two holdouts burdened by their “rigid” doctrinal formation) line up for Communion. Five of them — six, if you count the priest — have been to confession in the last calendar year, and one — priest inclusive — can recite the Act of Contrition without visual aid. Some third-rate hymn written in 1994 is played on the acoustic guitar in the background as one by one, the Blessed Sacrament is transferred from one unconsecrated hand to another. The Prince of Peace has been tried and found divisive; they’ll take peace instead. All the while, the Church continues Her interminable “dialogue” with modernity and her princes: pluralism, The Market, conscience, Patriarch Bartholomew, feminism, Pride &c.

Seventy percent of Catholics, per Pew Research’s latest figures, don’t believe in the Real Presence. Why are you surprised? 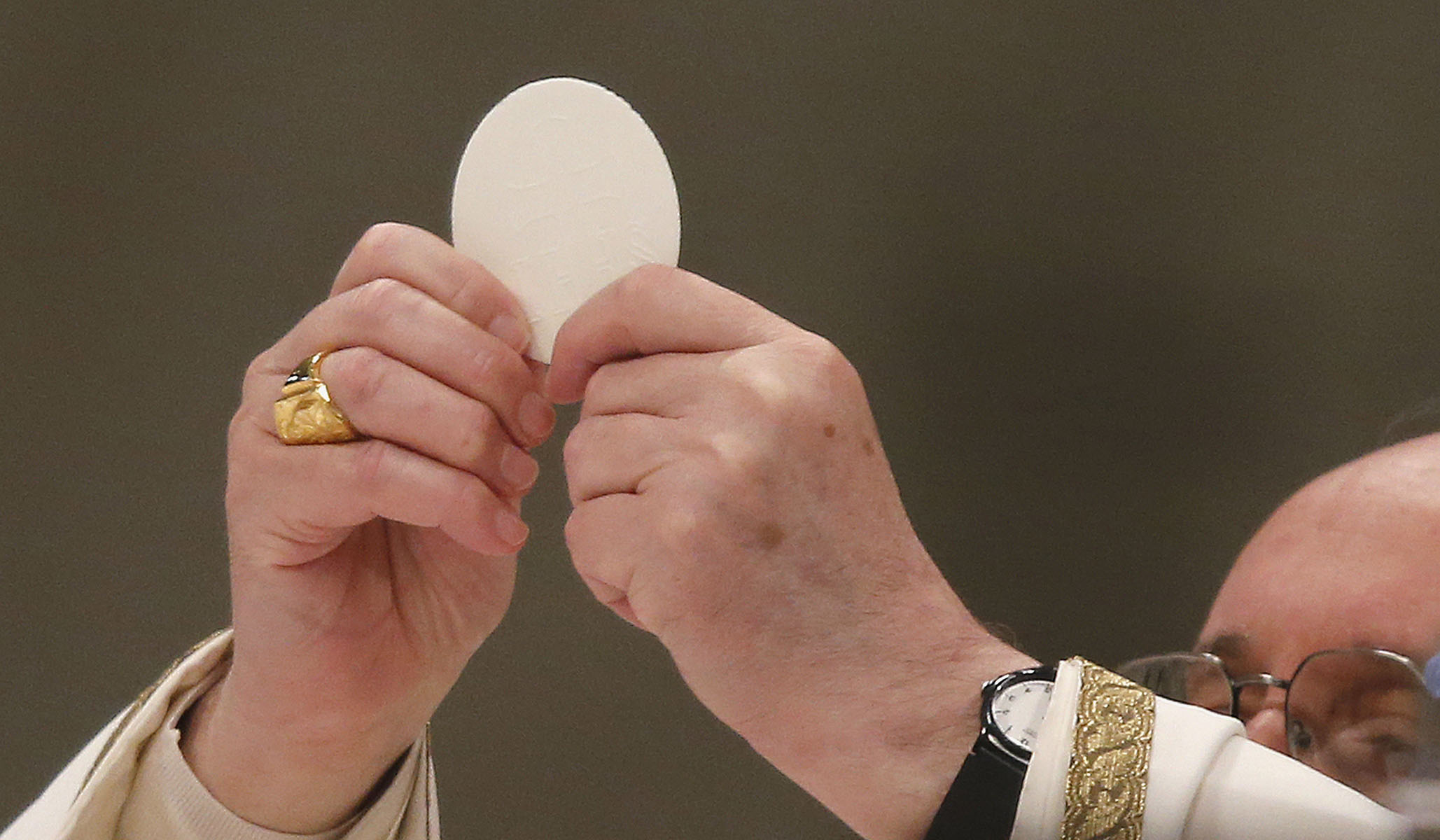