There was a famous collection of Emily Dickinson: Bolts of Melody. Here are some bolts of Bolton, or rather some bolts from me about John Bolton’s new book, a memoir of his time in the Trump White House.

• According to Bolton, President Trump said to Xi Jinping, “You’re the greatest Chinese leader in 300 years,” later upping that to “the greatest leader in Chinese history.”

As Jerome A. Cohen says, Xi is presiding over the most oppressive, most brutal period in China since the Cultural Revolution under Mao. For one thing (and not a small one): The Party under Xi has thrown more than a million Uighurs into a new gulag.

• Trump said the “greatest Chinese leader” bit in private. But he has been equally effusive in public. Here is a sample of Trump on Xi:

“Well, he’s a friend of mine. I have great respect for him. We’ve gotten to know each other very well. A great leader. He’s a very talented man. I think he’s a very good man. He loves China, I can tell you. He loves China. He wants to do what’s right for China.”

A bit more: “President Xi is a terrific guy. I like being with him a lot, and he’s a very special person.”

• Right from the beginning, Trump’s affinity for strongmen has been obvious. He declared himself “a big fan” of Erdogan. And he said to Erdogan directly, “You’re doing a fantastic job for the people of Turkey.” He hailed Sisi as “a real leader” and “a great leader.”

About our democratic allies, Trump has often been cool, if not hostile.

Beijing’s repression of its Uighur citizens also proceeded apace. Trump asked me at the 2018 White House Christmas dinner why we were considering sanctioning China over its treatment of the Uighurs, a largely Muslim people who live primarily in China’s northwest Xinjiang Province.

At the opening dinner of the Osaka G-20 meeting in June 2019, with only interpreters present, Xi had explained to Trump why he was basically building concentration camps in Xinjiang. According to our interpreter, Trump said that Xi should go ahead with building the camps, which Trump thought was exactly the right thing to do. The National Security Council’s top Asia staffer, Matthew Pottinger, told me that Trump said something very similar during his November 2017 trip to China.

Bolton’s book seems to have had an immediate effect — a positive one. Yesterday, President Trump signed the Uighur Human Rights Policy Act, which had sat on his desk.

As the trade talks went on, Hong Kong’s dissatisfaction over China’s bullying had been growing. An extradition bill provided the spark, and by early June 2019, massive protests were under way in Hong Kong.

I first heard Trump react on June 12, upon hearing that some 1.5 million people had been at Sunday’s demonstrations. “That’s a big deal,” he said. But he immediately added, “I don’t want to get involved,” and, “We have human-rights problems too.”

That is consistent with the Trump we know, and have long known. During the 2016 election cycle, Joe Scarborough pressed Trump on Vladimir Putin — particularly the Russian leader’s killing of political opponents. “Well, I think our country does plenty of killing also,” said Trump.

After Trump was sworn in, Bill O’Reilly pressed the new president on the same issue. “There are a lot of killers,” said Trump. “We’ve got a lot of killers. What, you think our country’s so innocent?”

Back during the campaign, Trump was asked about Erdogan and Turkey. The candidate said, “When the world looks at how bad the United States is, and then we go and talk about civil liberties, I don’t think we’re a very good messenger.”

In Cold War days, we conservatives slammed the Left for “moral equivalence.” Now this phenomenon is in our own house, which is astonishing.

I hoped Trump would see these Hong Kong developments as giving him leverage over China. I should have known better. That same month, on the 30th anniversary of China’s massacre of pro-democracy demonstrators in Tiananmen Square, Trump refused to issue a White House statement. “That was 15 years ago,” he said, inaccurately. “Who cares about it? I’m trying to make a deal. I don’t want anything.” And that was that.

In 1990 — a year after the Tiananmen Square massacre — the future president gave an interview to Playboy magazine. “Russia is out of control, and the leadership knows it,” said Trump. “That’s my problem with Gorbachev. Not a firm enough hand.”

(Many of us were thankful that Gorbachev was not cracking down, as his predecessors had, making blood run in the streets.)

Said Trump’s interviewer, “You mean ‘firm hand’ as in China?”

Trump answered, “When the students poured into Tiananmen Square, the Chinese government almost blew it. Then they were vicious, they were horrible, but they put it down with strength. That shows you the power of strength. Our country is right now perceived as weak . . . as being spit on by the rest of the world.”

• For those of us who came of age under Reagan — a freedom president — the current GOP president is mind-boggling, in any number of ways: not least in his view — if he has one — of freedom, democracy, and human rights.

Trump was particularly dyspeptic about Taiwan, having listened to Wall Street financiers who had gotten rich off mainland China investments. One of Trump’s favorite comparisons was to point to the tip of one of his Sharpies and say, “This is Taiwan,” then point to the historic Resolute desk in the Oval Office and say, “This is China.” So much for American commitments and obligations to another democratic ally.

Taiwan is indeed small. And vulnerable. And admirable. For one thing, Taiwan proves the compatibility of Chinese culture and liberal democracy. For another, Taiwan evolved from dictatorship (and a nasty one, don’t kid yourself). These are lessons that the CCP would not like the 1.5 billion Chinese on the mainland to know about.

• When it comes to Ukraine, Bolton confirms what we know, or should have known. I will say only this: The difference between Donald Trump and John Bolton, in a nutshell, could be glimpsed in August 2019: At a G-7 summit in France, Trump called over and over for the readmission of Putin to the group; in Kyiv, Bolton laid a wreath at a memorial for fallen soldiers.

• Putin is a crafty son-of-a-gun, that’s for sure. In a phone call with Trump last year, he compared Juan Guaidó, the democratic leader in Venezuela, to Hillary Clinton. A “brilliant display of Soviet-style propaganda,” writes Bolton.

The more Maduro cracked down, the more Trump respected him, apparently. (David Nakamura wrote about this on June 2 in the Washington Post: here.)

• “In today’s pre-2020 election climate, Trump has made a sharp turn to anti-China rhetoric,” writes Bolton. So true. And his supporters have followed suit. I have noticed this even down at my level. What I mean is this: For years, my Trumpite critics bashed me as a warmonger for my views on the PRC. But in the last few months, some have claimed I’m in bed with the Party.

• Trump, of course, has claimed Bolton is a liar. Here is one tweet: “Wacko John Bolton’s ‘exceedingly tedious’ (New York Times) book is made up of lies & fake stories.” By the way, isn’t the president’s citation of a review in the Times sort of touching?

Trump and his supporters are trying to have it both ways: On one hand, Bolton’s book is a pack of lies. On the other, it is replete with classified information and must be stopped.

• If you had told me — short years ago — that Mitt Romney, James Mattis, and John Bolton would be villains on the right . . .

Let me quote a tweet that Tim Alberta jotted last night. (Tim is a reporter with Politico, formerly with National Review. He is one of the chief Republicanologists in the country.) About Bolton, he said,

This man headlined every right-wing gathering; appeared on every Fox News show; wrote op-eds in conservative publications; raised millions for GOP candidates; was exalted as a voice of integrity, authority, honesty. And now he is the enemy — because he spoke ill of the dear leader.

But here’s something that sets Bolton apart from others: He believes things. And even after the 2016 election, he believed what he had always believed about the United States, foreign policy, and the world. John Bolton has remained John Bolton.

And in our current environment — in an age of shape-shifting and body-snatching — that’s remarkable.

• Trump defenders might ask themselves a question: Do they really think the Bolton book is false? Do they really have trouble believing what the author says about the president? Or would they simply rather the book’s contents not be known? 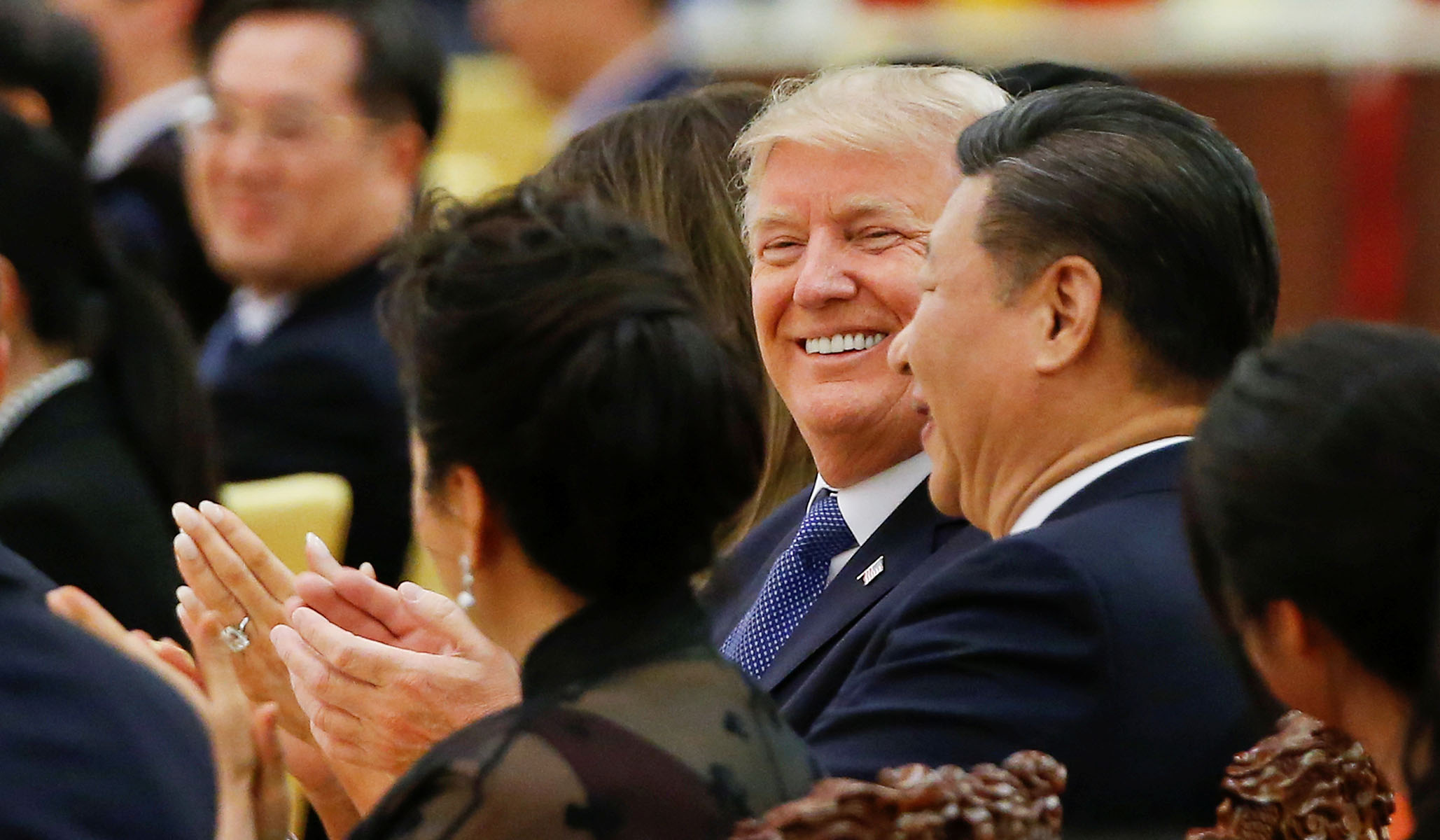