Just a note or two to follow up on Monday’s gargantuan timeline about Hunter Biden’s employment, work, and connections and deals going back to the early 2000s . . .

“Hunter Biden isn’t running for president, Joe Biden is!” Er, yes, and the whole point is that if Hunter Biden wasn’t the son of Joe Biden, then he would not have been hired at such a lucrative rate by MBNA, various universities and hospitals, Chinese institutional investors, Chinese private-equity fund Bohai Capital, Chinese energy tycoon Ye Jianming, Burisma Holdings, and other institutions. The issue is not merely that Hunter worked for shady people and institutions, it’s that he worked for shady people and institutions who wanted to influence or profit from changes to U.S. policy.

“Hunter Biden joining Burisma’s board was a bad decision, but it wasn’t illegal.” No, but as the timeline illustrates, Hunter Biden’s career was built on one situation after another that was technically legal but still looked bad. Sure, he never officially lobbied his father, but his partners did, and he lobbied all his dad’s colleagues. Sure, Joe Biden was unlikely to ever antagonize MBNA, one of the biggest employers in his state, but hiring Hunter ensured another solid connection. (In 1998, an MBNA executive named John Cochran bought Joe Biden’s house for full price, with some speculating that he overpaid, a sort of backdoor payment to the then-senator. Our old friend Byron York had that story.) If you’re a Chinese institutional investor, you’ve got every investment fund in the United States begging for a meeting. Are we supposed to believe that it was coincidental that they chose to meet with the one that employed the vice president’s son? When the chairman of Burisma declared while announcing Hunter Biden’s appointment to the board, “this is totally based on merit,” who was he trying to convince?

You’ll notice that when Joe Biden is discussing allegations of corruption about someone else, his general attitude is that the legal technicalities matter little. “Come on, man! Give me a break! Malarkey!” When the questions are about Hunter Biden, his campaign hides behind the generic statement, “The Obama-Biden administration created and upheld the strongest ethics policy of any presidency in American history.” Surely, there couldn’t be a flaw, loophole, or oversight in the Obama administration ethics policy, right?

At some point, this becomes an issue of Joe Biden’s judgment. As I put it Monday, every father loves his son, but not every father either allows or assents to his son getting this deep into this many deals with this many shady characters. At some point, Joe Biden needed to say, “for the sake of the public duties I’ve been entrusted with, you can’t do this. The office of the vice presidency comes with a lot of perks, but it also comes with a lot of responsibilities, and one of my responsibilities is to avoid circumstances that create a conflict of interest or even the appearance of a potential conflict of interest. I need you to do something with your talents and abilities that does not involve attempts to shape or profit from U.S. policy.” It would have been a difficult discussion, but it was a needed one.

“What about . . .” I deliberately didn’t get into Hunter Biden’s drug addiction or other scandals and allegations because I think the accusations of influence-peddling and conflicts of interest are the ones most relevant to evaluating Joe Biden’s record. I’ve seen some folks on the Right making fun of Hunter Biden’s struggles with drug addiction, and I don’t think that’s fair fodder for criticism. All kinds of people struggle with addictions — sinners and saints, Democrats and Republicans. Our country’s in the middle of an opioid addiction epidemic. Whatever else you think of Hunter Biden, I hope you would concur in a desire to see him get and stay clean.

Hunter Biden and his ex-wife Kathleen went through a messy divorce in late 2016 and early 2017. (If you think a messy divorce automatically reflects bad personal character, I have some unfortunate news to tell you about the current president.) But Monday’s timeline focused on two financial issues discussed in the legal papers for that divorce. The first is that giant 2.8 karat diamond given to Hunter Biden by Chinese energy tycoon Ye Jianming. The second is Hunter’s ex-wife contended in the divorce papers that the couple “owed more than $300,000 in back taxes.”

“But what about Trump’s kids?” Fine, let’s talk about Trump’s kids. Some of us griped about entrusting sensitive negotiations with Russian officials to a young family member with no government or foreign policy experience back in 2017. But that doesn’t make the Biden situation right, and the prospect of nominating Biden puts Democrats in the position of arguing, “Replace the current socially unacceptable influence-peddling with a return to the old socially-acceptable influence-peddling.” 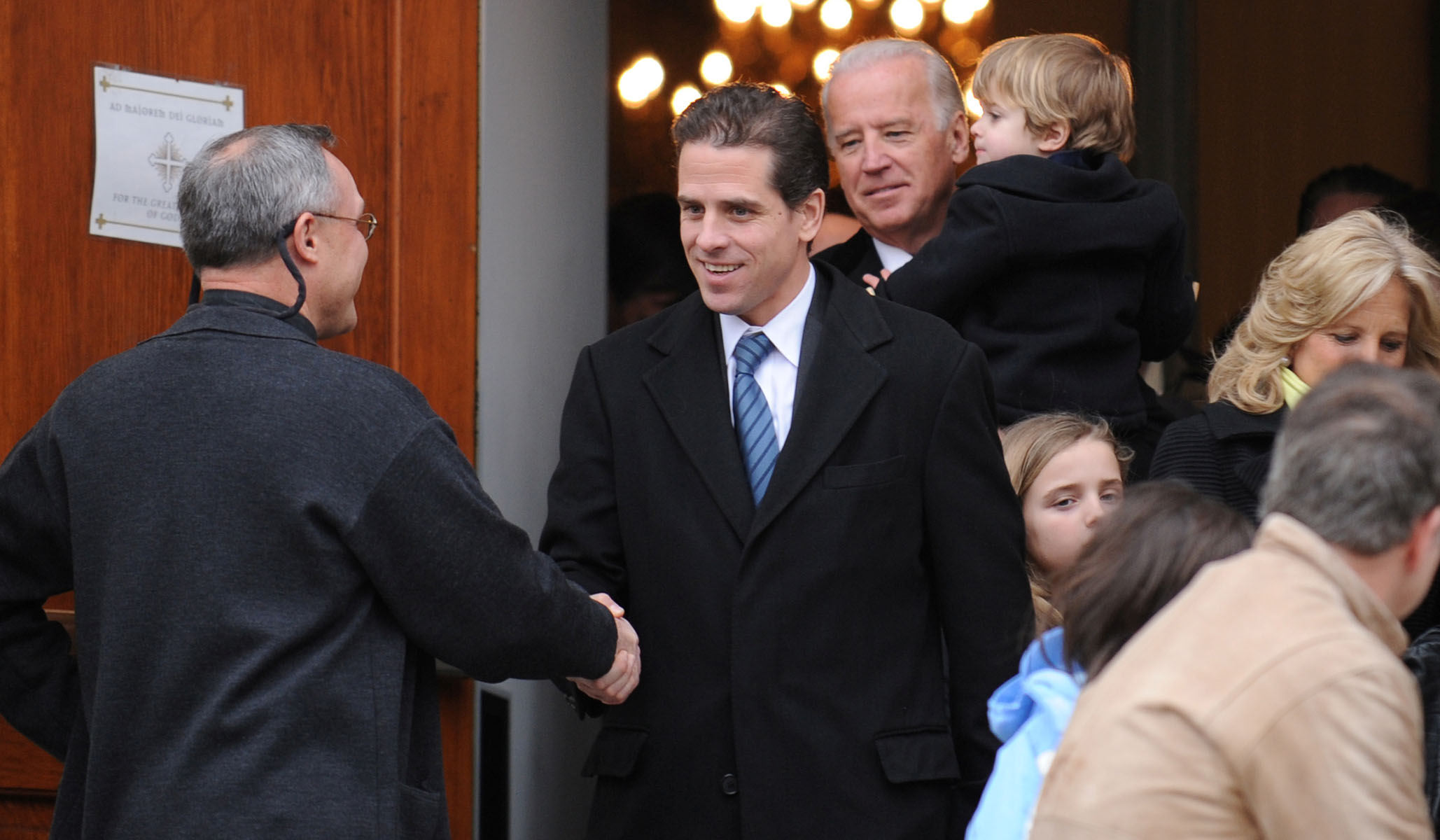