These days, the trick to get whatever expansion of government one wants is to assert that more government intervention is necessary to help fight China. Yet even people who find sense and merit in this goal must concede that, in most cases, the policies are so poorly designed that they will do no such thing. The end result is that if adopted, these policies will grow the U.S. government but have no impact on China.

Case in point: President Trump’s recent support for a clean, ten-year reauthorization of the Export-Import Bank without insisting on fundamental reforms at the agency.

As we have heard in the last two years, the president’s change of mind about the ExIm Bank  (he wanted to get rid of it before) has to do with his belief, and those around him, that the Bank can be a tool to fight China’ expansionist aspirations. Fighting China is also the main reason invoked by many on the Hill for having switched from opposing the Bank to now supporting it. This goal is somewhat different from the one pursued through the trade war.

But as I have explained before, and I will say it until I am red in the face, Ex-Im — designed as it is — is nothing of the sort.

A quick look at the Ex-Im Bank’s Competitiveness Report reveals that it is extremely focused on what other export-credit agencies (ECAs) are doing, as if economic growth and jobs are the result of hand-to-hand combat between government-run dispensaries of subsidies. But they’re not. Just take a look at the hyperactive ECA in Italy. That country is the top OECD country, by volume of exports backed by ECA financing. Yet the Italian ECA’s hyperactivity doesn’t change the fact that Italy is an economic basket case. In fact, I’ll bet you that the same economic fallacies that lead to Italy being in such a bad shape also drive the belief that government subsidies can change the balance of trade or the level of exports in ways that grow the economy.

Germany, on the other hand, is the second highest ranked OECD country on this list. By all accounts, Germany has good economic growth. But a look at the data also reveals that the percent of Germany’s exports backed by ECA financing is a paltry 0.7.  This fact makes it hard to argue that Germany’s strong economic performance has much to do with the German ECA.

Now take the U.S., which the report highlights for in unusually low level of export backed by Ex-Im over the last four years. As this study documents in detail, the lack of Ex-Im financing didn’t affect exports. The lack of Ex-Im financing also allowed innovation in the field of exports financing, cronyism was down, the U.S wasn’t subsidizing China’s airline, and taxpayers exposure was down too. Oh and by the way, the U.S. economy still managed to thrive, with real wages and employment rising. The bottom line is that, contrary to what we are repeatedly told, ECA financing does not boost the overall health of the export market specifically, or economic growth generally.

More disconcerting is the fact that the intense focus of Ex-Im on competing with other governments’ ECAs also results in a vast majority of the funding going higher-income nations. In other words, the agency focuses on making deals to companies in markets with plenty of private capital. And that has nothing to do with the goal of “fighting” China.

If the administration and congress are serious about using Ex-Im to compete with China, it won’t get any result by lending money in higher-income countries where companies have plenty of access to capital or by selling discounted planes to China Air. The key here is to extend deals where China is expanding: that’s lower income nations. I have explained this in details here and here. If they don’t, they should stop pretending that all of this is about China and have the courage to defend government granted privileges for cronies openly, because that’s what ExIm really is.

If you don’t believe me, you should check out one of the first things the agency did since it regained it full powers a few months ago.  It reauthorized the croniest of crony outfits called PEFCO. The bank was also tempted to extend financing to the Israeli company El Al. That company is the quintessential example of one that doesn’t need Ex-Im help. (During the lapse in the Ex-Im Bank board’s quorum, El Al successful financed — privately — its purchases of Boeing planes.) It certainly can’t be argue that without Ex-Im El Al would instead buy Airbus planes: El Al’s website claims that the airline has an all-Boeing fleet. And this is impossible to argue that selling one more discounted Boeing plane to an Israeli company is essential to the fight against China.

Thankfully, the Ex-Im deal with El Al was put on hold for a while, but I fear that once Ex-Im is reauthorized for ten years without any risk of ever lapsing due to a lack of quorum (as the Senate bill would secure), Ex-Im will return to financing Boeing planes around the world for companies that have zero problem buying them on their own. I will certainly be watching all this closely.

Meanwhile, make no mistake; all the talks about Ex-Im reauthorization for ten years without insisting on fundamental reforms that would change the way Ex-Im operates (neither of the bill to reauthorize Ex-Im in the Bank and the Senate  reform the Bank in the right direction. They just make it even more unaccountable as it ever was) is the perfect illustration of the swamp metaphor that Mr. Trump claimed he would drain.

Worst of all, if Ex-Im gets through without fundamental reforms — basically if the same type of deals that used to be approved before are the same that will be approved after the “reforms” — it will be obvious that Mr. Trump was not serious about draining swamp or about fighting China. 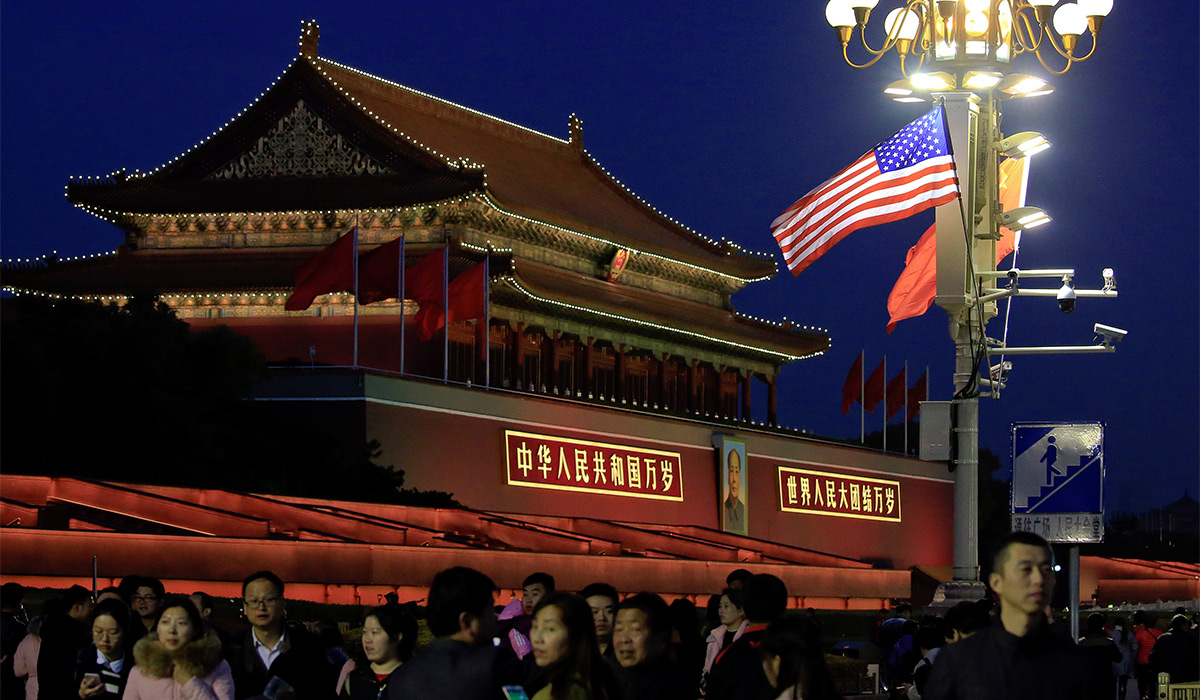