“To really appoint the head cheerleader for waterboarding to be head of the CIA? How can you trust somebody who did that to be in charge of the CIA,” Paul wondered, adding, “To read of her glee during the waterboarding is just absolutely appalling.”

Paul was referring to an account of a waterboarding session with suspected al Qaeda lieutenant Abu Zubaydah, who was subjected to so-called enhanced interrogation techniques now widely considered to be torture. A book written by one of the CIA interrogators and cited by ProPublica says Haspel addressed Zubaydah directly one session and mocked him. “Good job! I like the way you’re drooling,” she reportedly told him. “It adds to the realism. I’m almost buying it. You wouldn’t think a grown man would do that.”

“When you read that sort of the joyful gleeful at someone who is being tortured,” Paul said, “I find it just amazing that anyone would consider having this woman at the head of the CIA.”

The problem is that this conduct appears to be misattributed to Haspel. A U.S. intelligence official provided this statement:

Senator Paul’s claims today about Gina Haspel are not only inaccurate, but contradicted by the very source materials he relied on.  The Senator quotes liberally from page 263 of James Mitchell’s book “Enhanced Interrogation” in describing the interrogation of Abu Zubaydah in claiming that Ms. Haspel was the CIA Chief of Base who was present and expressing joy at this interrogation.  A reading of the same page demonstrates that the Chief of Base present and quoted during this event was a man, not Gina Haspel. This is just one of many false claims about Ms. Haspel being peddled by the uninformed.

Here is the page of the book in question: 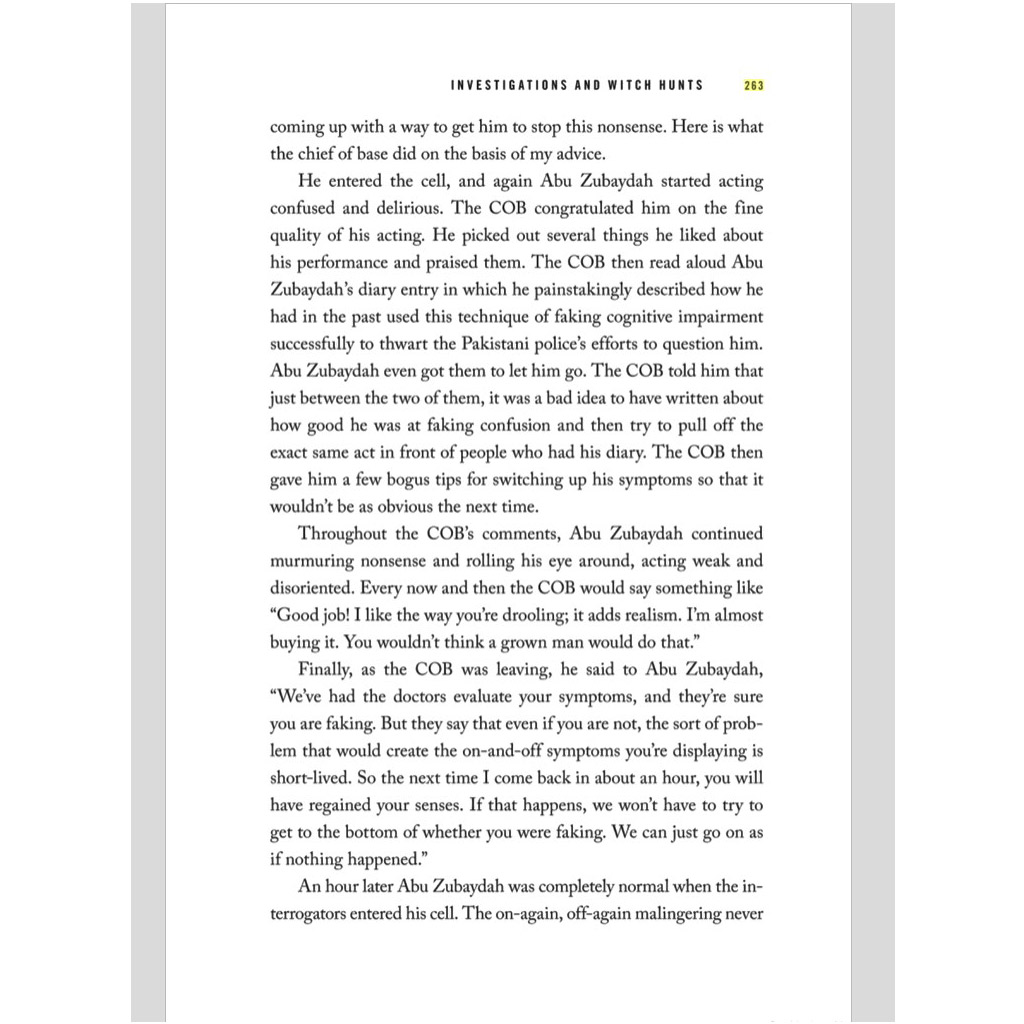 And here is a rush transcript of the author on Fox Business denying that he was talking about Gina Haspel:

Well, first off someone misinformed senator paul. He’s referring to a section from my book where the chief of base was confronting because he was faking confusion. That chief of base was not Gina, and that’s the way that they’re going to attack her and take things out of context and distort them. I don’t think he’s deliberately distorting them but I think that someone told him something that is not true. I did not refer to her, that does not refer to her.