At a White House meeting last week, Deputy Attorney General Rod Rosenstein reportedly told President Trump that he is not a target of an investigation. What’s not clear is which investigation.

Bloomberg reports that that the president was told that he is not a target Special Counsel Robert Mueller’s investigation, which involves Russia’s interference in the 2016 election, possible Trump campaign collusion therein, and possible obstruction of that investigation.

On the other hand, Fox News reports that Rosenstein assured the president that he was not a target of the Michael Cohen investigation, which is led by the U.S. attorney’s office for the Southern District of New York (the SDNY, headquartered in Manhattan). That investigation reportedly involves the activities of the president’s sometime-lawyer and self-described “fixer,” and includes but is not limited to non-disclosure agreements in the run-up to the 2016 election with women who claim to have had sexual liaisons with Trump a decade ago.

I’m not in a position to know which of these reports is more accurate. I’d note that the White House meeting, at which it is said that Rosenstein brought up the subject of the president’s status in at least one investigation, the emergent issue was the raid on Cohen’s office and residences, which had Trump incensed. Since then, the president has piped down noticeably on that matter. It is also worth remembering that, reportedly, Mueller had already told Trump’s private attorneys that he was not a target of the Russia probe a few weeks back.

Regardless of which investigation(s) the president and the deputy attorney general may have discussed, I will reiterate what I explained over a week ago about the investigative term-of-art target:

In every investigation, a prosecutor drops relevant people in one of three buckets: target, subject, and witness. The two extremes are the easy ones to grasp. A “target” is virtually certain to be charged with a crime. A “witness” has relevant knowledge but is not suspected of any wrongdoing — think of the victim in a robbery. A defense lawyer always hopes the prosecutor will think of his client as a mere witness. While “target” is clearly the worst-case scenario, at least your choices are clear: Either cut a plea deal or fight the case at trial — no target is going to talk his way out of being charged.

“Subject” is the fuzzy category. A “subject” is someone whose behavior is being evaluated by the prosecutor and the grand jury. Usually, there is not enough evidence to charge . . . yet. As long as the investigation continues, a subject can become a target, and then a defendant, at any moment.

That is the limbo where Trump sits.

I do not mean to suggest that being informed one is not a target is insignificant. Still, whatever comfort the president derives from what Rosenstein has told him should be balanced by the fact that he is still a subject of investigations in which his behavior, and the behavior of others acting on his behalf (although some allegedly without his knowledge), is under scrutiny.

A subject can become a target in a hurry. The president should bear that in mind if, as some reports I’ve heard today suggest, he is still open to the idea of submitting to an interview by Mueller. I continue to believe that would be a mistake, not just for the president personally but for the institution of the presidency. The president’s job is too important to be disturbed by a prosecutor unless there is a serious crime, strong evidence that the president is complicit in it, and circumstances in which the information the prosecutor seeks is unavailable from other sources. 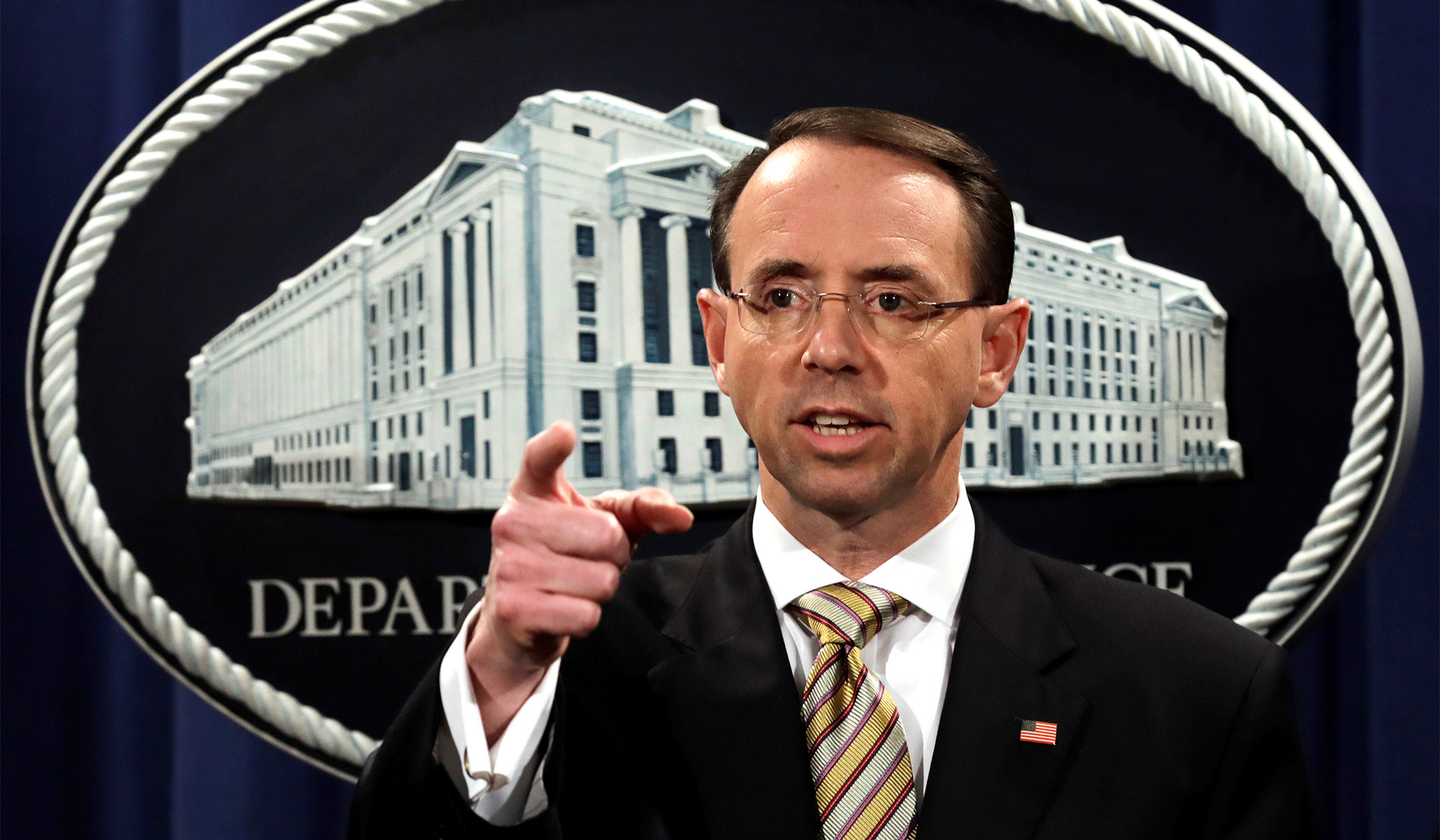