Jeffrey Frankel, a veteran of President Bill Clinton’s Council of Economic Advisers and a professor at the Harvard Kennedy School, has just published an incisive column on the Republican party’s protectionist pedigree. From its founding in the 1850s to the 1950s, the GOP was overwhelmingly opposed to free trade, largely because it represented the country’s most industrialized regions, where manufacturers sought protection from import competition. The Democratic party of this era was instead rooted in agriculture-exporting states, which sought lower import barriers as a matter of course. What is less appreciated, and what Frankel makes clear, is that in the modern era, “the three US presidents who arguably took the most aggressive protectionist actions in the last half-century, excluding Trump, were all Republicans.” He then goes on to describe the actions of Richard Nixon (who imposed sweeping tariffs and, relatedly, dismantled the Bretton Woods global economic system by closing the U.S. gold window), Ronald Reagan (who, among other things, imposed “voluntary export restraints” on Japan in an effort to forestall further protectionist measures and brokered the Plaza Accord, which depreciated the U.S. dollar to reduce the trade deficit — though Frankel, who has praised the Plaza Accord elsewhere, doesn’t mention it in his piece), and George W. Bush (who briefly imposed tariffs on steel products in 2002, in an effort that was widely derided as transparently political).

My only quibble with Frankel’s narrative about GOP protectionism is that George W. Bush was far more consistent in his support for free trade than either Nixon or Reagan, both of whom were quite open to the possibility that protectionist measures might, in the long run, protect the legitimacy of the market economy and international trade. In other words, they were less ideological about trade. Bush was, I think it’s fair to say, quite a bit more so, as demonstrated by his extreme reluctance, temporary steel tariffs notwithstanding, to make use of the “special safeguards” provision to address Chinese import surges following China’s WTO accession, as Brad Setser of the Council of Foreign Relations has outlined.

Had Bush been willing to make greater use of special safeguards, it is possible that the severity of the “China shock”wouldn’t have been quite as severe. At the same time, of course, many of the firms that had successfully capitalized on offshoring production to China would have been forced to purchase intermediate inputs from higher-cost countries, which in turn would have likely meant higher consumer prices. I happen to believe that would have been a reasonable trade-off given other considerations, including strategic considerations. Moreover, I suspect today’s anti-trade backlash in the GOP wouldn’t have materialized had China’s WTO accession been handled differently. That is why I see great wisdom in the approach of Ronald Reagan, a deep believer in the value of international trade who nevertheless recognized that sharp, sudden bursts of economic dislocation had the potential to sap support for openness to imports, to the point where renewed protectionism was inevitable.

For all my misgivings about Donald Trump’s economic diplomacy, he has not rejected the modern Republican party’s stance on trade. Rather, he has made a break with George W. Bush’s approach while harkening back to Reagan’s. The problem, as I see it, is that while Reagan was mindful of the importance of cultivating allies in economic diplomacy, without whom the Plaza Accord would have been impossible, Trump has not done the same. Earlier this week, Greg Ip of the Wall Street Journal offered a counterfactual account of how Trump might have taken a more Reaganesque approach to cracking down on Chinese trade abuses and fostering a more sustainable international trading system. I highly recommend it. 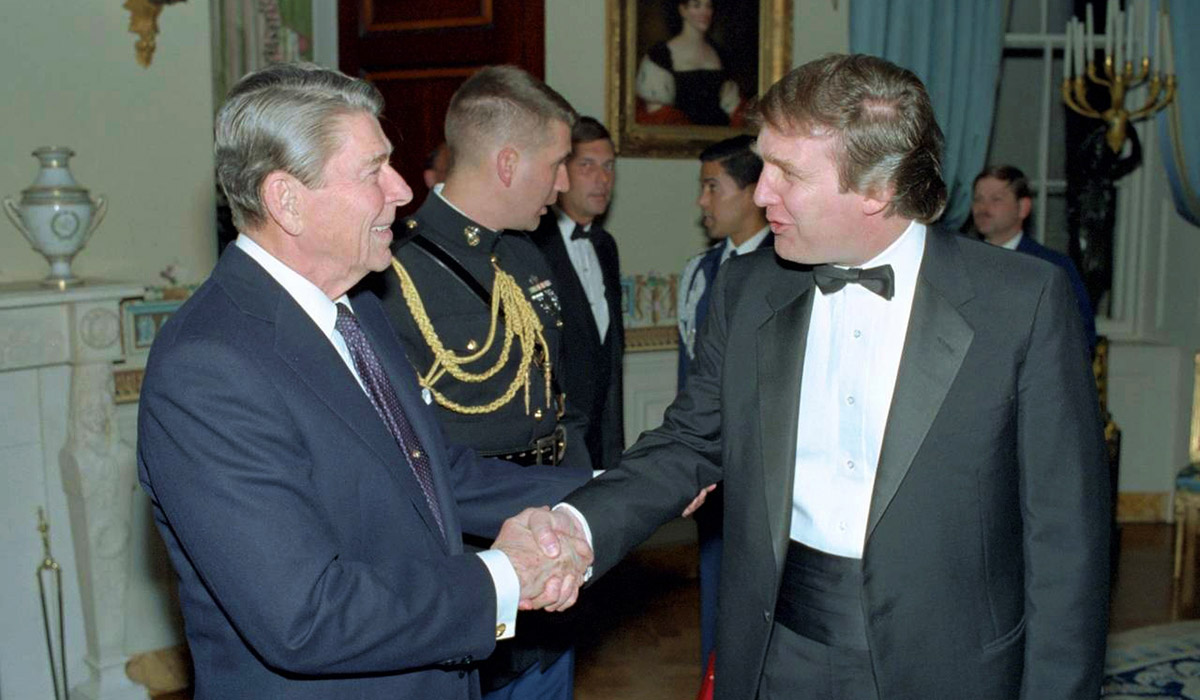