At a press conference this afternoon, a woman named Beverly Young Nelson said that Roy Moore tried to rape her in 1975, when she was 16 years old. Nelson gave the press conference alongside attorney Gloria Allred.

Nelson’s account is graphic. She alleges that Moore became violent when she resisted his advances. Nelson recalled several encounters with Moore, who was then the deputy district attorney of Etowah County and a regular customer at a restaurant where she worked. The sexual assault happened one night after Moore offered her a ride home, Nelson said, when he pulled over in the secluded parking lot behind the restaurant. “I thought that he was going to rape me,” but after fighting him off, “he gave up,” she said.

In her written statement, Nelson included a picture of a note that Moore left in her high-school yearbook: 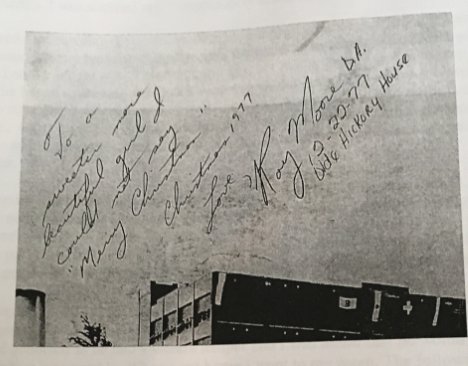 In response to the allegations, the chairman of the National Republican Senatorial Committee, Cory Gardner, said that Moore “is unfit to serve” and called on him to drop out. “If he refuses to withdraw and wins, the Senate should vote to expel him,” Gardner said in a statement.

Allred said that Nelson is willing to testify under oath about the allegation. Moore’s campaign chairman called Allred ”a sensationalist leading a witch hunt.”

New Orleans Museum of Art: A Case Study in Building a Collection

How NOMA, starting with no art, cultivated the locals to build a unique, sizzling place: Part 1.
Brian T. Allen

Stephen Sondheim and the Conundrums of Post-war Man

Ramesh Ponnuru
We are relying on Collins’s description of the conversation, but it’s notable that she has never said, ‘Kavanaugh promised me that he would not vote to overrule Roe.’
View More
Loading...