Taiwan apparently took the right message from Belarus’s interception of a passenger flight between two EU member states: Not even civilian aircraft passing through the airspace of countries ruled by authoritarian regimes are safe from political interference.

Just days after the Belarusian government used a bogus bomb scare to force a Vilnius-bound flight to land in Minsk to nab Roman Protasevich, an exiled 26-year-old dissident journalist, and his girlfriend, a shipment of Moderna COVID-19 vaccines destined for Taiwan was rerouted from a path crossing Chinese territory.

While the initial route for a leg extending from Dubai to Taipei passed over the south of China, the flight ultimately went over countries in Southeast Asia instead, landing at Taoyuan International Airport in Taipei on May 28.

Although officials from the Taiwanese government and China Airlines were coy about the episode, the available reporting indicates that the Belarus skyjacking was the cause of the new flight plan. Before the cargo flight took off from Dubai, there was a one-hour delay, which the Liberty Times reported was due to a change in the flight plan to avoid China’s Flight Information Region — a new path that would take two hours longer and burn 22,000 more pounds of fuel.

With the Ryanair flight’s diversion and Taiwan’s canny manuevering, a few distinct trends in authoritarian abuses of power have dovetailed, showing why, for the moment, democracies need to take significant steps to protect people from dictatorships with no qualms about exercising power on foreign soil and against people over whom they have no jurisdiction.

The first takeaway from the Belarus episode is the degree to which certain governments’ shadowy machinations to take out dissidents and journalists will continue to spill over into spaces that citizens of free societies consider safe. The flight on which Protasevich found himself arrested was supposed to be safe from foreign interference. Since 2019, he had run a popular Telegram news channel from Lithuania, where he was returning after an economic conference in Athens.

Though Protasevich was apprehended in Belarus, he was targeted during his transit from one EU country to another. Even as he traveled in Greece with his girlfriend ahead of the conference, he was trailed by Belarusian or Russian agents. A Greek official told Vice that “they were being tracked by intelligence officials carrying Russian passports,” who were working for Belarus.

As Jim Geraghty aptly pointed out in the aftermath of the Belarus skyjacking, the case is only the latest example of an authoritarian regime picking off a dissident abroad, a practice that takes place across the world and has taken too many victims — of murders, kidnappings, and targeted harassment — to conclusively count.

Freedom House tried to do that, finding that 31 governments are engaged in in physical repression across 79 foreign countries, including within the United States, spanning 608 specific cases since 2014. The group admits, however, that this list is far from complete, citing hundreds of other potential incidents that lack complete documentation.

Unsurprisingly, for all the work by a number of authoritarian regimes to exert their power internationally, China is in a league of its own, or, as Freedom House put it, the perpetrator of “the most sophisticated global, and comprehensive campaign of transnational repression in the world.” Uyghurs, Hong Kongers, members of the Chinese diaspora, and human-rights advocates have all found themselves in the Chinese Communist Party’s crosshairs, leading to online harassment and the repatriation of those who have fled to other countries.

What does this have to do with Taiwan’s efforts to secure vaccine doses? More than might be expected. Since the middle of last month, cases have spiked in Taiwan, which had previously boasted some of the lowest numbers in the world. A mass-vaccination campaign has been slow to take root, in no small part because Beijing has used its political heft to prevent Taiwan from receiving vaccines. As the Taiwanese government closed in on order agreements with AstraZeneca and Moderna, President Tsai Ing-wen announced that China had blocked a deal with a German BioNTech vaccine plant.

Preventing vaccines destined for Taipei from entering Chinese airspace was, of course the only logical step to prevent them from becoming ensnared in Beijing’s anti-Taiwan, anti-global public-health offensive.

With authoritarian regimes more flagrantly exercising power abroad to achieve their political aims, the U.S. and its allies will need to contemplate tougher responses, as Jim writes in his piece. More broadly, the Belarus incident, and Taiwan’s resulting decision to change the May 28 flight’s route, go a long way toward demonstrating that authoritarian regimes are in a certain sense carving up the world. Dissidents and journalists pursued by authoritarian regimes will now think twice about flying with airlines that even send planes over the countries from which they have fled. Their means of movement might be even more constricted if they also choose not to fly over countries that hold extradition treaties with authoritarian regimes.

Keep in mind that Beijing also hopes to prosecute Americans under the Hong Kong National-Security Law, which effectively criminalizes political speech made outside of China by citizens of countries with free-speech protections. There might come a point when airlines based in the U.S. and other industrialized democracies contemplate limiting flights over countries ruled by authoritarian governments. This would shrink transportation options not just for dissidents and vaccine shipments, but for anyone who wants to avoid ending up on a passenger jet forced to land by U.S. adversaries with a predisposition for hostage-taking. 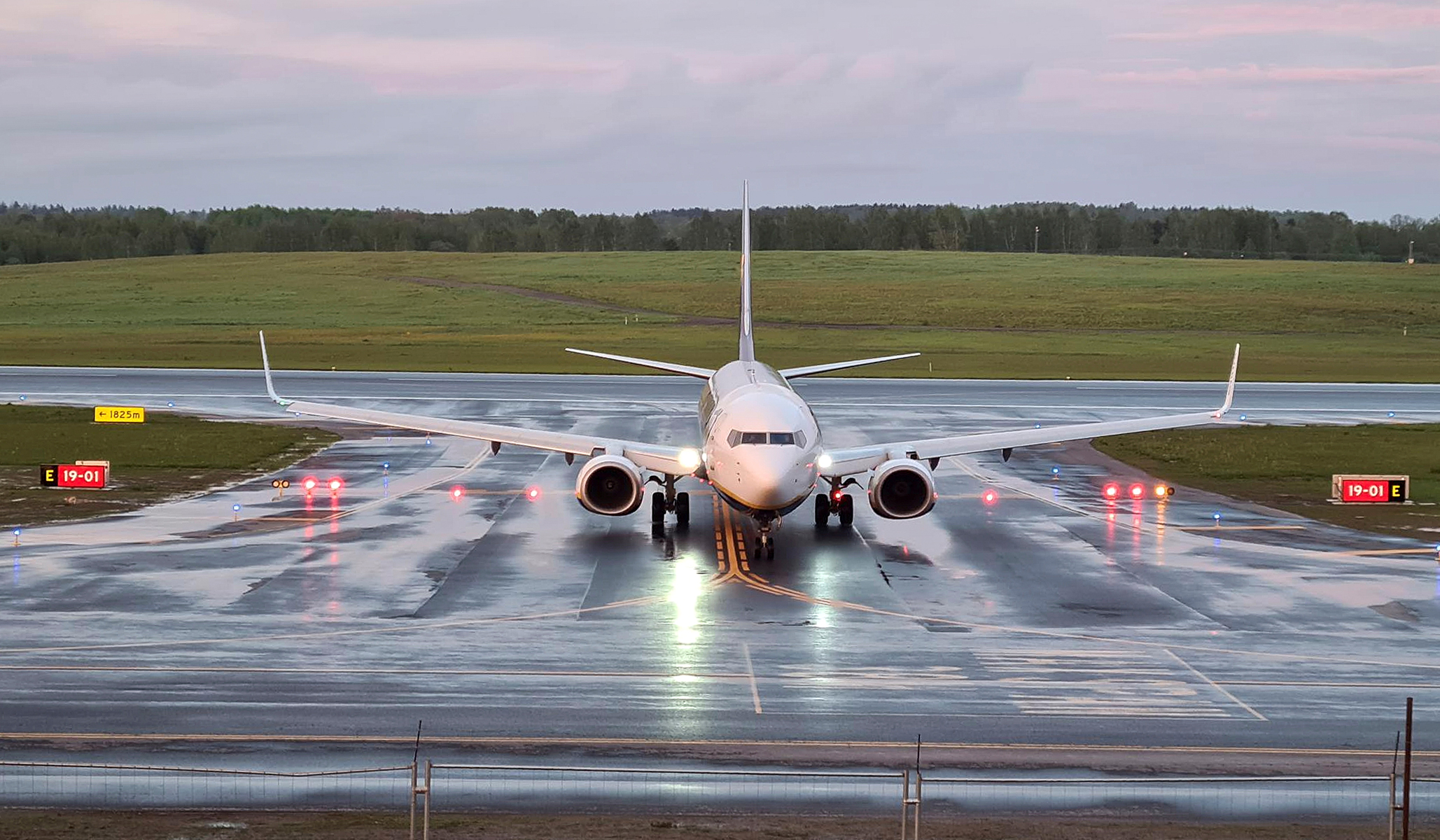