Eric Holthaus, a popular online climate-change activist, points out that the allegedly positive environmental effects of the coronavirus crisis are on “roughly the same pace that the IPCC says we need to sustain every year until 2030 to be on pace to limit global warming to 1.5C and hit the Paris climate goals.”

It’s nice to see an environmentalist finally acknowledging the inherent economic tradeoff of their vision. Holthaus is absolutely correct that implementing a plan like the Green New Deal would hold approximately the same gruesome economic consequences as the coronavirus crisis — except, of course, forever. The point of modern environmentalism, as Greta Thunberg has hinted, is the destruction of wealth. This process is what Holthaus, and others, euphemistically call “degrowth.”

Holthaus, who doesn’t celebrate coronavirus, reminds us that merely to keep pace with the IPCC recommendations on carbon emissions, Americans would be compelled to shut down virtually the entire economy. They would need to restrict air travel, place most Americans under virtual house arrest (or raze all the suburbs), halt international and interstate trade, destroy millions of jobs, shut down large swaths of manufacturing, and stop people from using their cars — or buying gas.

How would it work? The only “Green New Deal” that we’ve ever actually seen was authored by Alexandria Ocasio-Cortez. Her plan, one supported by the Democratic presidential hopeful Joe Biden, calls for the banning of all fossil fuels, 99 percent of cars and planes, and meat-eating, among many other nonsensical regulations, within the next decade.

Now, AOC has struggled to understand that a marketplace with cheaper fossil fuels wouldn’t herald a new age of expensive “clean energy,” but destroy it. In normal times, Americans use around 20 million barrels of petroleum every day. You’d have to layer every inch of the country with solar panels and windmills, and then print tens of bazillions of dollars to pay people for unproductive work. This is what Holthaus calls a “transition for workers.”

Also, you’d have to compel people to participate. I feel confident that Americans won’t voluntarily relive the 19th century because, whether intuitively or not, they comprehend that by nearly every quantifiable measure their lives are better because of the affordability and reliability of fossil fuels. One day that reality might change. Today is not that day.

It took a deadly worldwide pandemic to get Americans to suspend modernity, so you can assume it would take authoritarian measures to shut down the free movement of people. But Holthaus reminds us that the fight to stop climate change is often about more than separating your plastics and papers or installing some state-subsidized solar panels, it’s about a fundamental, societal economic upheaval that would throw millions into poverty.

Moreover, the Green New Deal would necessitate that capitalistic society be displaced by a technocratic regime that dictates what you consume, sell, drive, eat, and where you work. This, says Holthaus, “is what ‘rapid, far-reaching and unprecedented changes in all aspects of society’ looks like.” 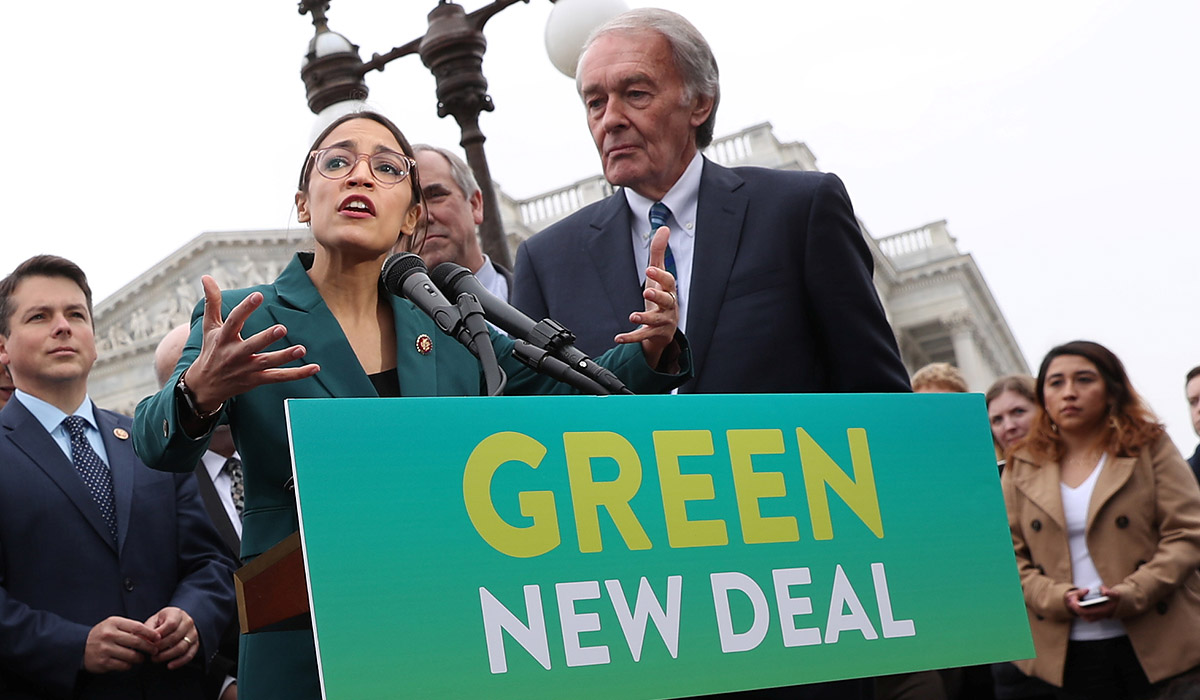