I got a letter in the mail this week from the IRS. You probably did too, and if you are like me, you were probably a little freaked out by it. I typically open most of my mail at the kitchen table on Sunday mornings, but I opened this one right away, and it was . . . a letter from Joe Biden. 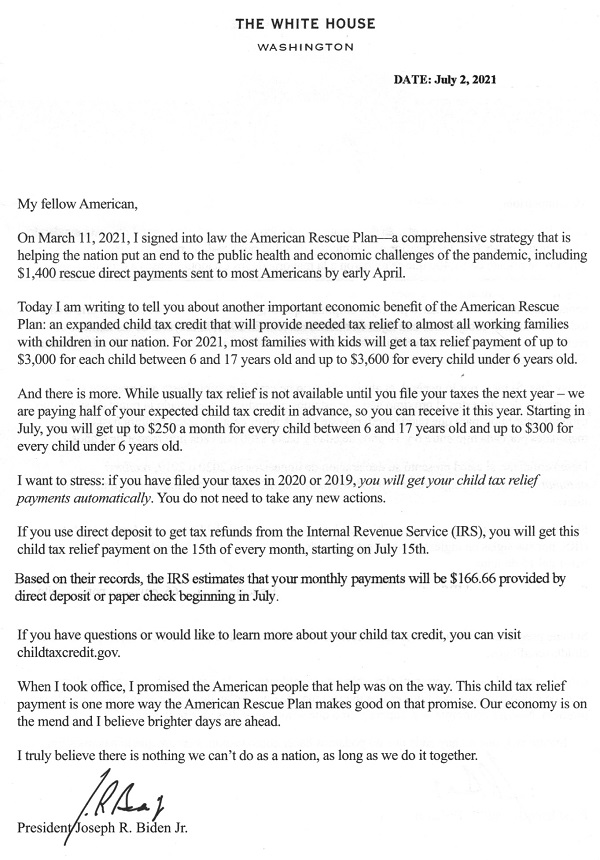 I will leave to others the full how-we-got-here discussion. Legislators have been using and abusing the franking privilege forever, but I do not remember receiving these sorts of letters from past presidents before Donald Trump. Certainly, Trump pushed the envelope at times in terms of what sorts of presidential communications the White House could get away with mailing to every American at taxpayer expense. He ensured Trump’s signature on COVID relief checks, accompanied by a letter of its own, which Congress required him to send but which Trump naturally used as a vehicle for self-promotion. (I had no real issue with the signature; the letter was bad.) He sent postcards like this one: 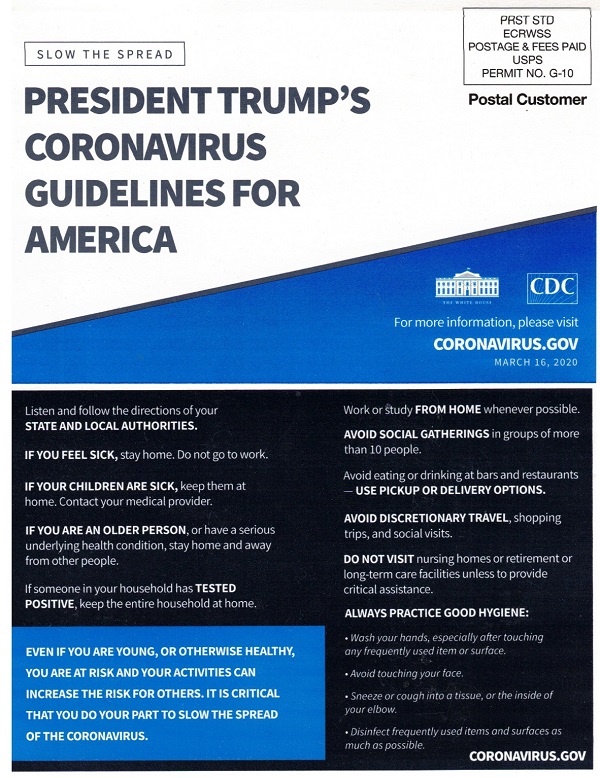 At the time, Democrats and their pundit class professed to be horrified by this, but they seem now to have wholeheartedly embraced the idea that it is good when their guy does it. This feels like an escalation, however. It’s not a necessary public-health warning arriving during a pandemic adorned with the president’s name. It’s not accompanying a check. It’s just a straight-up “I’m giving you benefits; thank me.” If we want to play “whatabout Trump” and serve him a share of the blame for this, fine. Given how Trump’s presidency ended, I’m perfectly happy to have Democrats argue that Biden should remind people of Trump, and that we should reward his presidency the same way. This much is clear: We should not normalize this as a regular practice. We should not get regular letters in the mail, paid for out of our own pockets, in which the president touts the president’s accomplishments. And even if we do, they should not be labeled as a letter from the IRS, which most normal Americans will open with heightened attention because a letter from the IRS carries the coercive menace of the state behind it.