Talk of a “V-shaped recovery” dominated much of the early economic analysis of the coronavirus pandemic. That hasn’t happened for all economic indicators, but it has for one: consumer spending.

The Commerce Department released the consumer spending data for April today, and it was 0.5 percent higher than in March. As this graph shows, consumer spending had already recovered to pre-pandemic levels in January of this year. It now appears to be back on, or slightly above, its pre-pandemic trend. It’s not a perfect V, but it’s about as close as you’ll get in the wild. 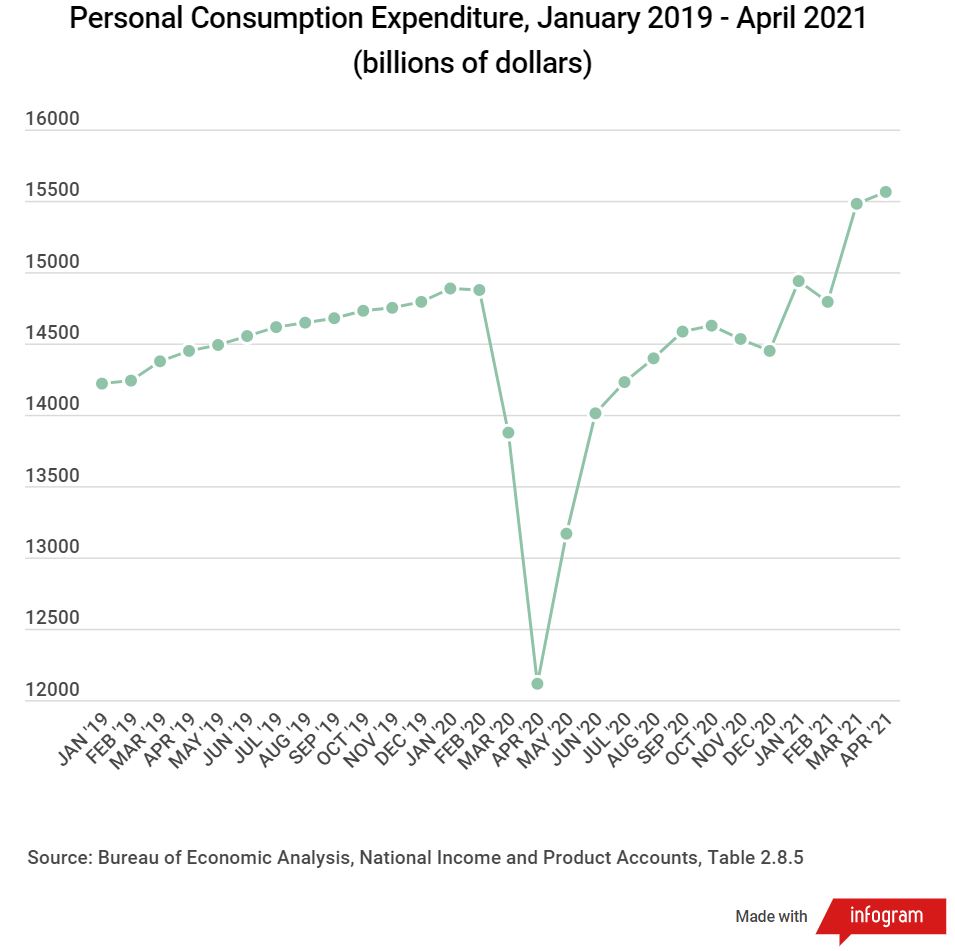 The effects of the most recent round of stimulus checks were accounted for in March. There’s no reason for any more stimulus checks. The most shocking number from the Wall Street Journal article on the new data release was 2 trillion:

Americans are sitting on a huge pile of cash. Households have saved about $2 trillion more than they would have absent the pandemic and federal relief efforts in response to it, according to Morgan Stanley.

As Kevin Williamson pointed out yesterday, we have some economic problems, but the house is not on fire. That $2 trillion pile of cash doesn’t need to be made any bigger by special government transfers.