Last year, BioNTech, a German start-up founded by the husband-and-wife team of Ugur Sahin and Özlem Türeci, utilized cutting-edge technology, mRNA, to help create a vaccine for COVID. And through a partnership with Pfizer, their invention was quickly put into mass production, saving millions of lives around the world.

Below is a portrait of two privileged dolts — the Duke and Duchess of Sussex — who Time magazine says are the most influential couple in the world: 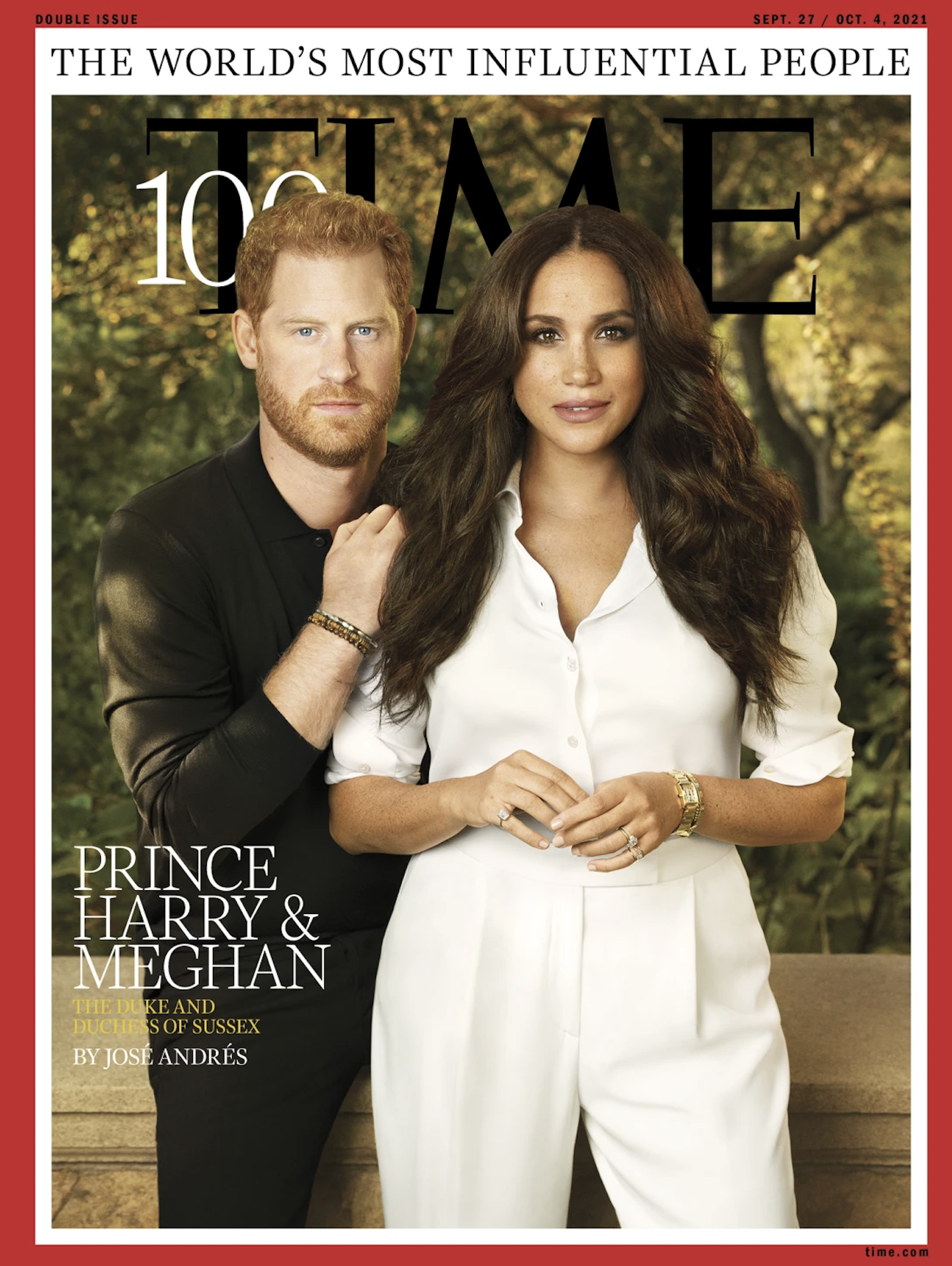 Time contends that the prince and former actress, who specialize in the cringe-inducing regurgitation of every trendy puerile progressive societal grievance they hear, “not only prompted deep re-appraisals of British society and the monarchy’s place within it, but have also catalyzed essential conversations on topics from mental health to misinformation.” This might come as a surprise to Time editors, but the British have been re-appraising the monarchy’s role for quite some time! Ask Robert Fitzwalter or Johnny Rotten. Of course, Time is in the business of selling magazines — just as People and Us are. There’s nothing at all wrong with it. But there’s no reason anyone should take the publication seriously anymore. As Walter Kirn notes, Time is alive in name, but its “original, defining mission — grounding the American mind in a moderate, shared reality — is dead.”