Tuesday’s Democratic debate confirmed Elizabeth Warren’s frontrunner status. She’s second to Joe Biden nationwide and leading him narrowly in both Iowa and New Hampshire, according to the RealClearPolitics average. She’s second to Bernie Sanders in fundraising. And she’s posed for a lot of selfies. But there’s one track where this putative frontrunner lags: endorsements.

“The Massachusetts senator has the same small number of endorsements from congressional colleagues beyond her home state as she did beforehand: three,” writes Jonathan Martin in the New York Times. Warren is in fourth place in FiveThirtyEight.com’s endorsement primary, behind Biden, Kamala Harris, and Cory Booker. Her most prominent endorsement has come from the left-wing Working Families Party of New York. But she lost the coveted endorsement of the far-left “Squad” of House freshmen Democrats to Sanders.

Endorsements are a good measure of how comfortable a party establishment is with a given candidate. Some endorsements become inflection points in a campaign. Think of endorsements of Obama by Oprah, Ted Kennedy, and Colin Powell in 2008, and of Trump by Chris Christie in 2016.

Martin says many Democrats are waiting to see how the multi-candidate race shakes out. They don’t want to give the impression the primary is rigged.

My explanation? Warren makes many Democrats nervous. Some of them are concerned about her viability in a general election. And some of them are worried that she might win. 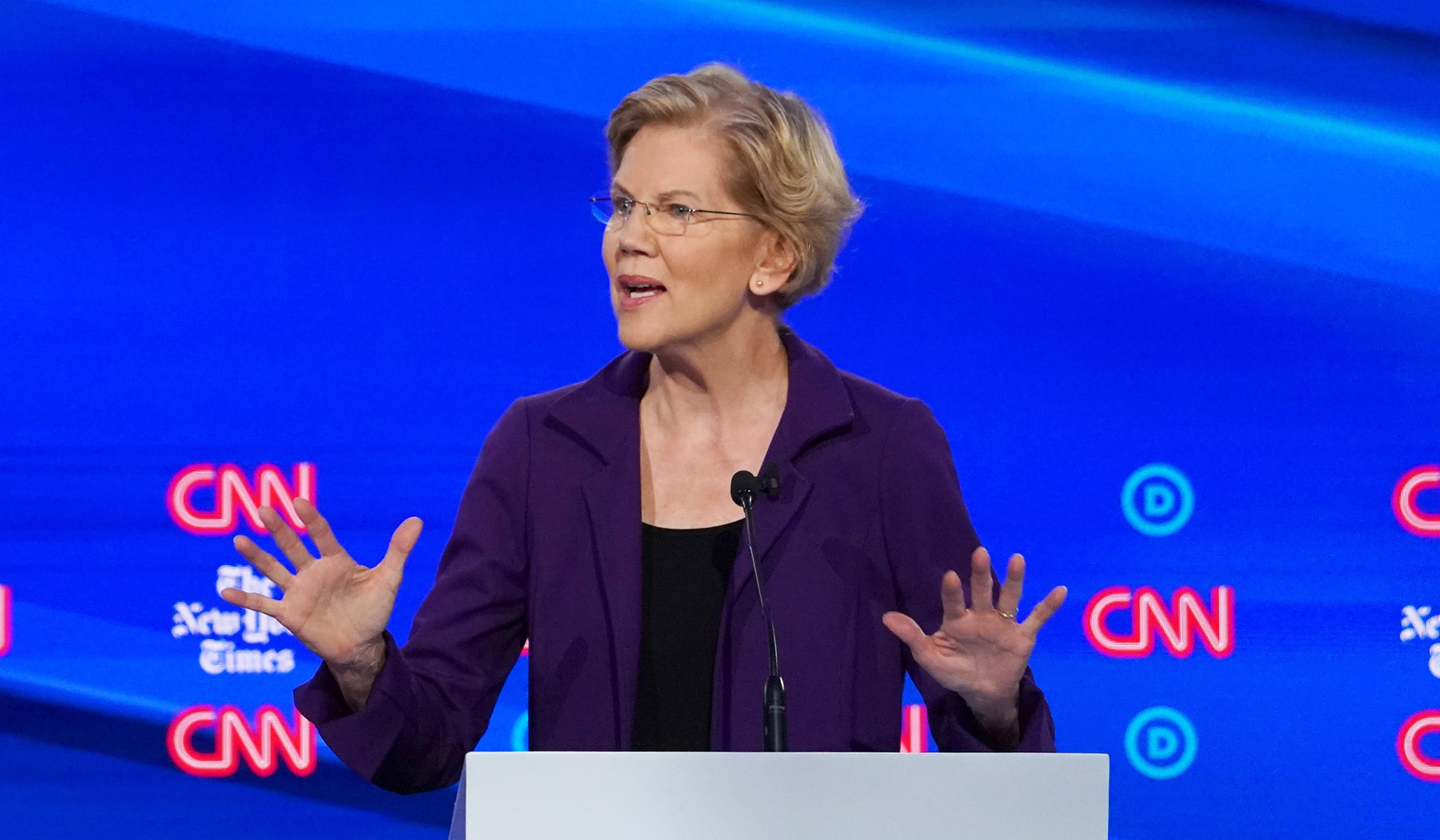