“You keep worrying he’s going to hit a wall, but he’s moving forward,” an astonished David Axelrod said of Joe Biden after the most recent Democratic debate. One reason for Biden’s durable national lead is that plenty of his voters settled on him months before the first caucuses and primaries. They aren’t interested in alternatives.

“In our latest CNN/SSRS poll,” says Harry Enten, “Biden scores 37% among those potential Democratic primary voters who say they are definitely going to vote for the candidate they currently support. That’s well above the 28% he gets overall. Sanders exhibits a similar pattern: He earns 17% overall and 25% among those who say they will definitely vote for the candidate they current support.”

Biden’s challengers must therefore convince his voters, especially his base of black voters over 45 years old, to question their decisions. How? That’s the hard part.

Nothing Biden has said or done up to this point seems to have mattered. A lackluster candidate running a desultory campaign, Biden continues to ride high because of his reputation as a moderate, his experience as Barack Obama’s vice president, and most importantly his consistent lead in matchups against President Trump.

Biden is a known quantity. Neither his brand nor résumé is going to disappear. But perceptions of his electability might. And if his double-digit nationwide margin over Trump were to erode, his voters might look for alternatives.

Emphasis on “might.” Biden’s rivals have been waiting for his campaign to implode. It hasn’t. And unless and until they go on offense against him, it won’t. 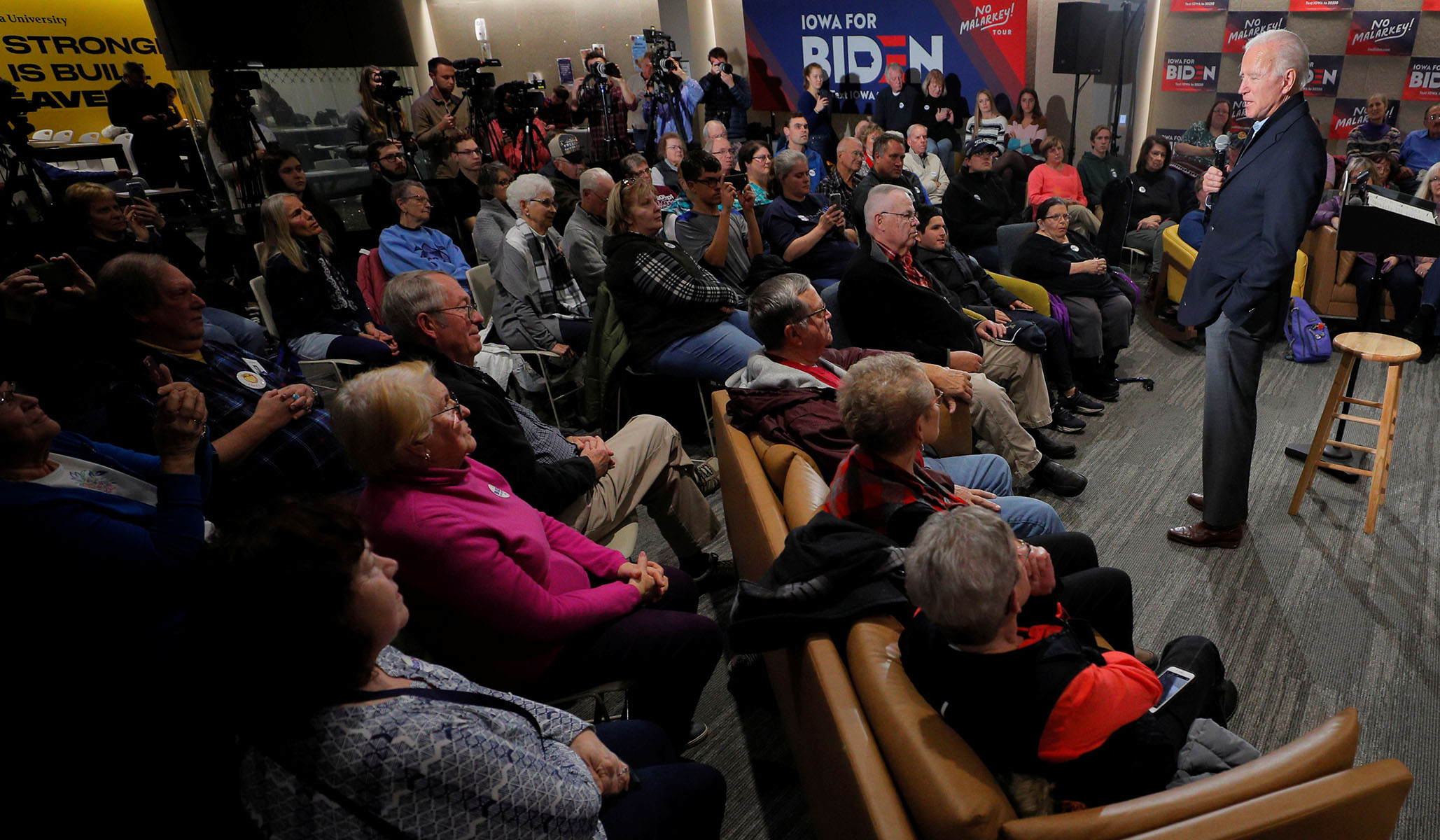