Former Representative Beto O’Rourke (D., Texas) promised his campaign staff on Thursday that he would remain in politics to influence the Democratic field.

“Any of you out there who have run for office before and come up short — some part of you wants to go deep into a cave and never come out again,” O’Rourke told staff in a phone conversation. “That’s a natural part of the reaction, but I don’t think you get that pass in a democracy.”

O’Rourke dropped out of the Democratic presidential primary race on November 1, well before the Iowa caucus in February 2020, due to lack of funds. The former candidate rose to prominence when he challenged Ted Cruz’s (R., Texas) seat in the U.S. Senate, losing by a much smaller margin than expected in the solidly Republican state.

During his Thursday phone call, O’Rourke emphasized the need to oust President Trump no matter who the Democratic nominee is, and pledged to help fellow Democrats in whatever ways he could.

“All of us have to commit to get behind the nominee from this party to make sure that she or he is successful against Donald Trump and then to make sure that once they become president, they help to heal this very divided country,” he said.

During his short-lived run, O’Rourke espoused positions that riled conservatives, including a promise to confiscate certain firearms from their legal owners.

“Hell, yes, we’re going to take your AR-15, your AK-47. We’re not going to allow it to be used against a fellow American anymore,” O’Rourke told the audience at the third Democratic primary debate. O’Rourke’s pledge to confiscate guns led to a surge in donations to the NRA. 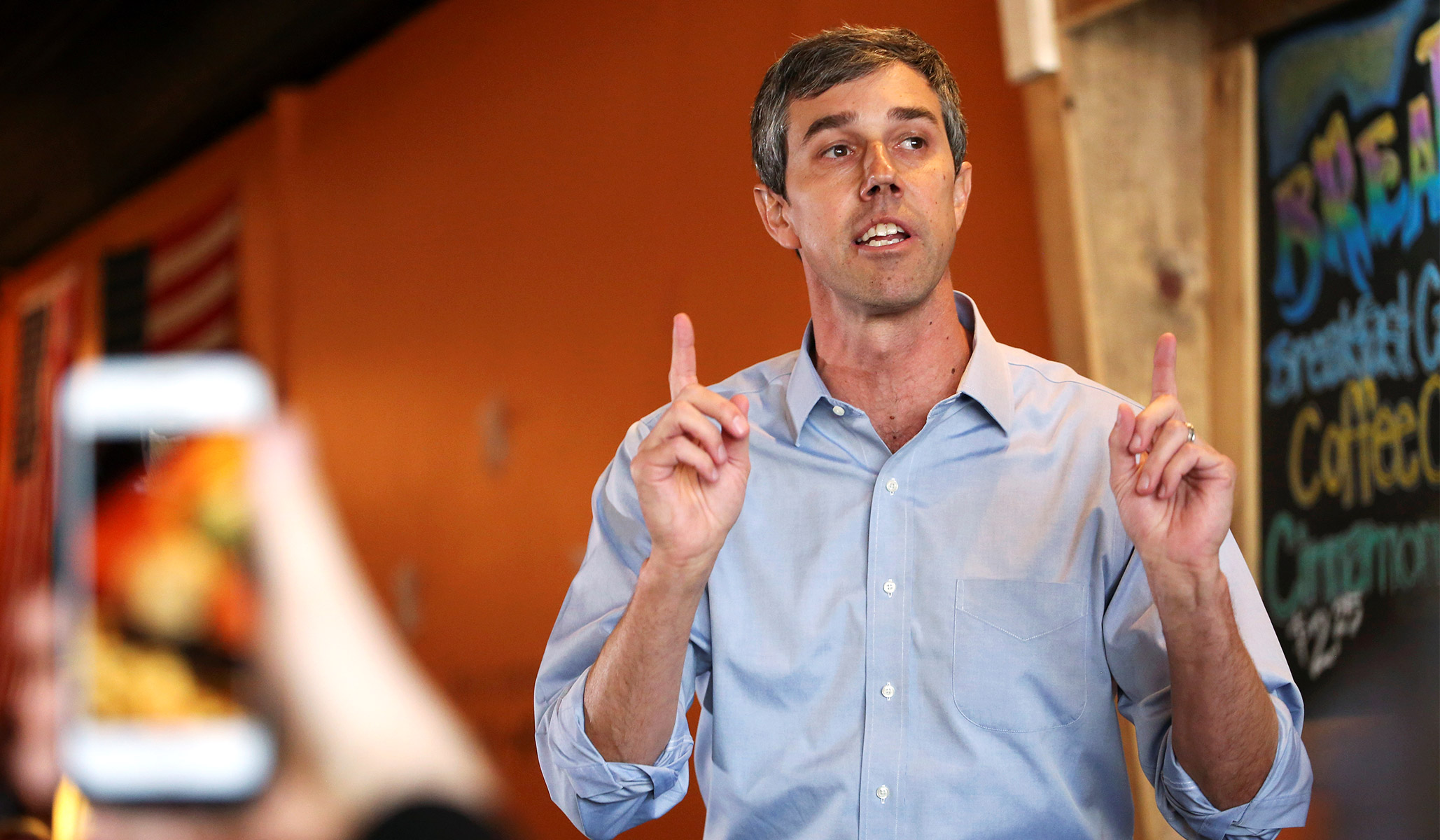