“I want to make something clear: I’m going to guarantee you this in not the last you’re seeing of this guy,” Biden said to a crowd in Dallas. “You’re going to take care of the gun problem with me. You’re going to be the one who leads this effort. I’m counting on you. We need you badly, the state needs you, the country needs you, you’re the best.”

Joe Biden promises Beto O'Rourke, who pushed for gun confiscation for legal gun owners, will “be the one who leads" his gun control effort pic.twitter.com/qjgft8wFkt

O’Rourke explained his endorsement for the former vice president as needing “somebody who can reestablish the moral authority of the United States.”

O’Rourke, who dropped out of the Democratic presidential race in November, made gun confiscation a central part of his platform, highlighting his commitment to aggressive measure by telling voters, “hell, yes, we’re going to take your AR-15, your AK-47” during the Democratic debate in September.

Later in the race, O’Rourke admitted that police would “visit” gun owners unwilling to sell their semi-automatic rifles to the government in order to “recover that firearm and make sure that it is purchased.”

Biden’s gun control plan, released in October, distanced the former vice president from O’Rourke by not requiring a mandatory “buyback” for owners of “assault weapons.” But Biden has become increasingly vocal on guns in the race, telling a crowd in South Carolina that he is “coming” for gun makers.

“A guy has 12 assault weapons with bump stocks, which means you can fire it faster. You can pull the trigger faster,” Biden told a CNN town hall in Nevada, referencing the Las Vegas hotel shooting. “Why in God’s name should anyone, anyone, anyone, anyone be able to own that? It’s just wrong, and we’ve got to — and I promise you, as president, I am going to get these guys.” 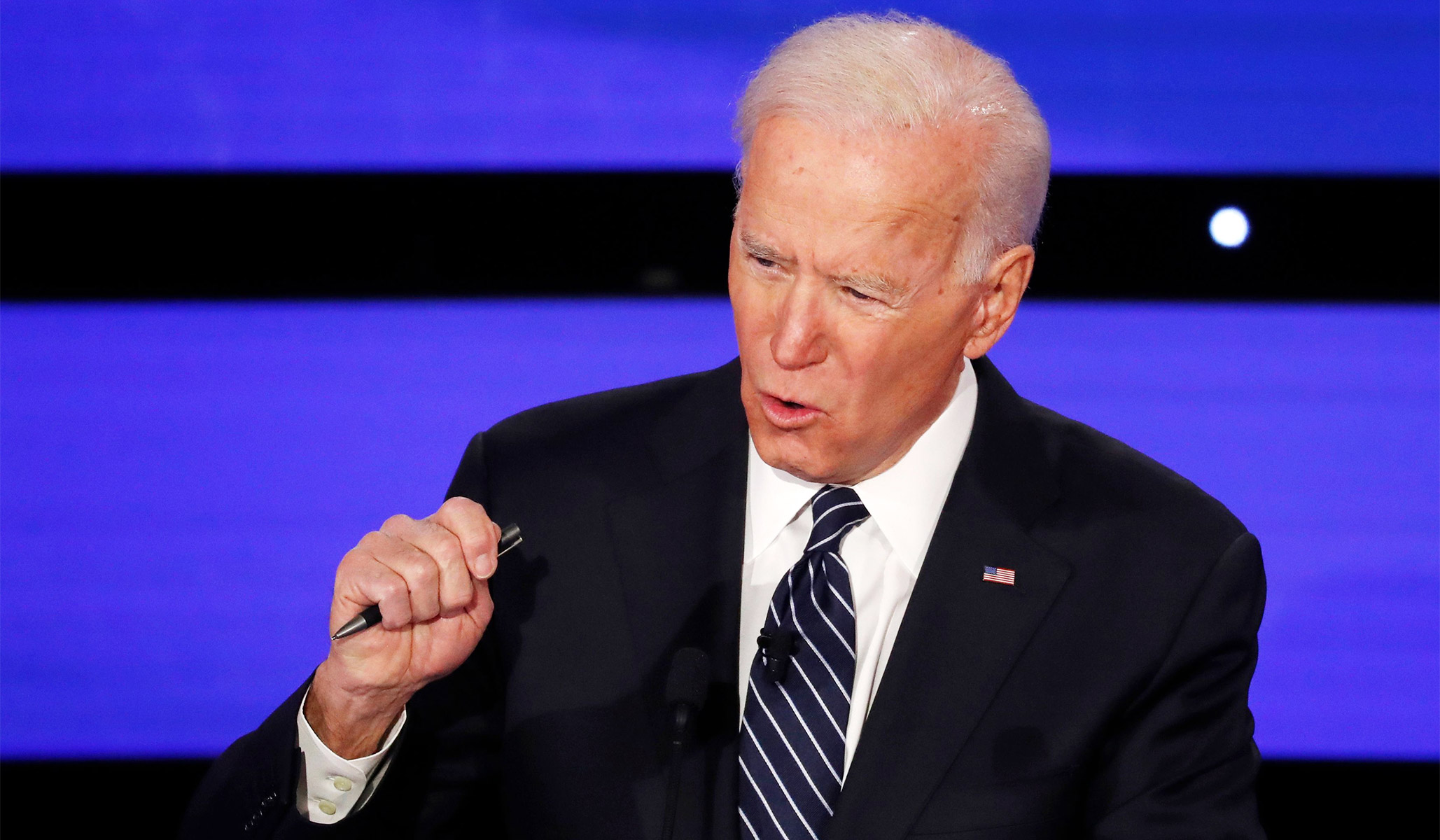