A bipartisan coalition of senators said they have reached a deal with the White House to advance a $1.2 trillion infrastructure package, ending the grid-lock and negotiations of the past few weeks.

The plan is supposed to primarily target and improve America’s declining transportation infrastructure, including railway, bridges, and waterways but will also include funding for “child care, education, long-term care for seniors and other issues.”

Twenty one centrist senators, including eleven Republicans and ten Democrats, have been trying to reach a consensus since President Biden announced his American Jobs Plan in April.

“For the most part we have a framework, but there are components within that framework that need to be worked out,” Democratic Senator Jon Tester said.

Democratic Senator Joe Manchin, a prominent moderate who recently broke from his party to reject a proposal to kill the filibuster, told reporters that the senators agreed to allocate a total of $973 billion over five years. While the negotiated version will include funding for transportation improvements like roads, airports, and electric vehicles, it will exclude the housing and home care investments Biden prioritized in his first $2.3 trillion infrastructure layout.

During a press briefing Wednesday, White House Press Secretary Jen Psaki said that the talks have been “productive,” confirming that the coalition “made progress towards an outline of a potential agreement.” She said that Biden invited the group to the White House Thursday to continue the conversations and wrap up the deal.

To finance his sweeping infrastructure program, the high cost of which is unprecedented, Biden has proposed hiking taxes, especially on corporations, and expanding the resources and funding of the IRS to crack down on tax enforcement, which Republicans objected to. Some lawmakers had suggested repurposing COVID-19 relief to reduce the expense.

Some legislators had suggested increasing the federal 18.4-cent per gallon gas tax by indexing it to inflation as another avenue to pay for the plan. However, Manchin told reporters the gas tax recommendation was off the table and not incorporated into the final plan.

“They made it very clear that the president was not going to be acceptable to that,” he said.

Some progressive Democrats have said that they will only get on board with the moderate infrastructure plan if it addresses climate change. Other Democrats said their support for the agreement depends on whether a tangential plan for child care, education, and assisted living care for elderly advances simultaneously.

Some Republicans imply that achieving an infrastructure deal could prevent Democrats from concocting a second package and ramming it through with on party lines and via unconventional means, whether by changing the rules or by using the budegt reconciliation process, which allows legislation to pass with a simple majority rather than the 60 votes needed to defeat a filibuster.

“I think we need an infrastructure bill,” Republican Senator Jerry Moran said. He added that “a value that could come from this is the reduced pressure or justification that Democrats might feel if we do nothing. I’m sure that those who want to change the rules or use reconciliation have a stronger case to make if we do nothing.”

However, some Democrats, such as Senate Majority Leader Chuck Schumer, seem to be under the impression that both the child care focused bill and the traditional infrastructure bill can be passed separately, rendering useless the Republican bulwark that was supposed to curtail the massive spending of six trillion dollars. 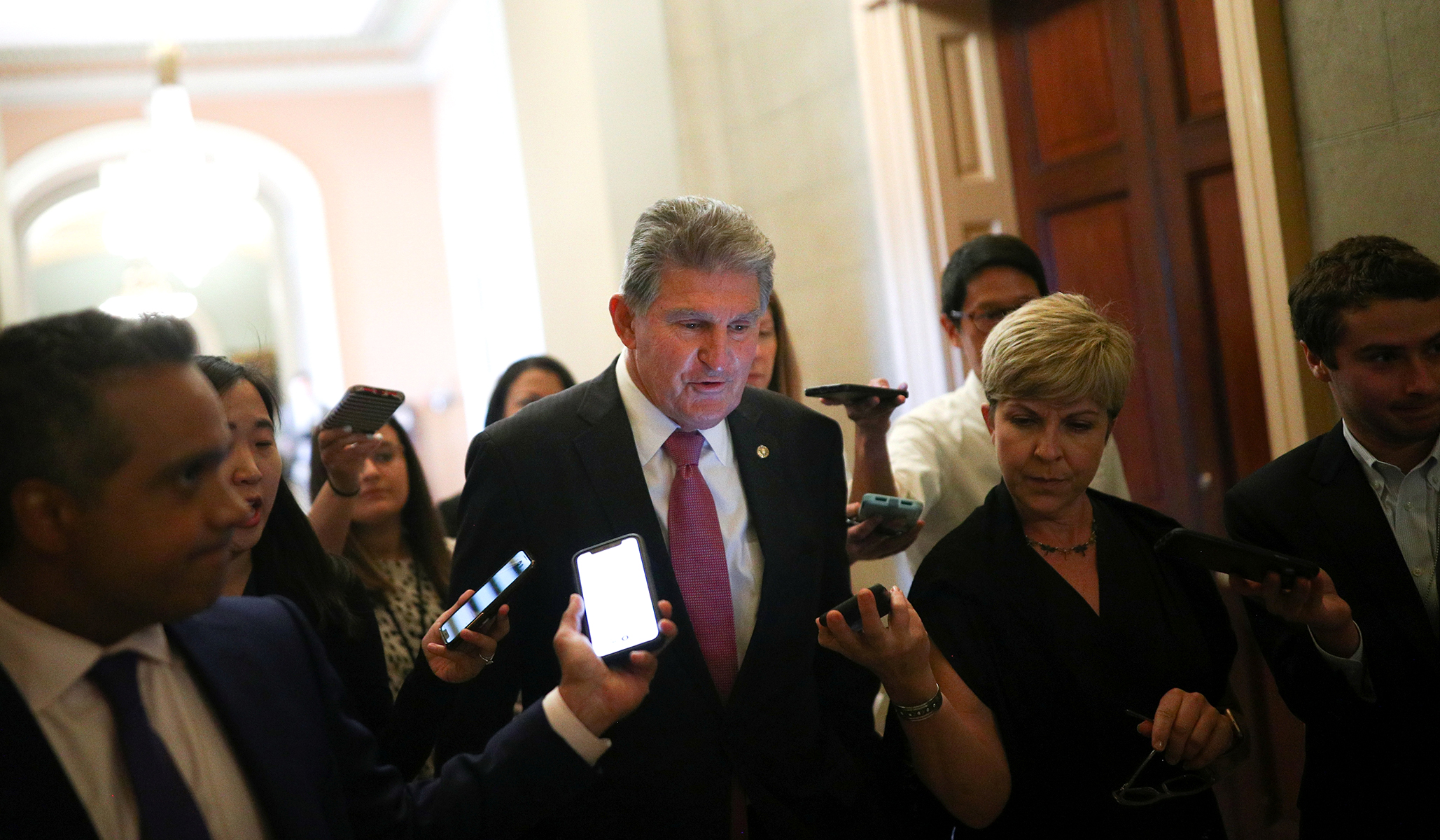