Chicago Mayor Lori Lightfoot announced Monday that she was firing Police Superintendent Eddie Johnson over “a series of ethical lapses” detailed in an internal police investigation that was launched after Johnson was found asleep behind the wheel of his car in October.

“Eddie Johnson intentionally lied to me several times even when I challenged him about the narrative that he shared with me,” Lightfoot said. “He maintained that he was telling the truth. I now know definitively that he was not.” Last month, Johnson announced he would be retiring by the end of the year.

Lightfoot revealed that she reviewed the inspector general’s report and a videotape of the October incident, but declined to go into specifics, saying “I don’t feel like it is appropriate or fair to Mr. Johnson’s wife or children to do so at this time.” But Lightfoot did add that evidence “makes it clear that the only choice that I had to take was the one that I’ve taken.”

Following the incident, Johnson opened an investigation into himself and initially told the media he had fallen asleep as a result of his medication after having dinner with friends, though a breathalyzer test was not administered at the scene. Lightfoot later told the Chicago Sun-Times that Johnson had admitted that he had “a couple of drinks at dinner” before getting in the car.

At the press conference announcing Johnson’s retirement on November 7, the mayor told reporters she wanted “to let the investigation play out,” but voiced sympathy for Johnson, saying “these stars can sometimes feel like carrying the weight of the world.”

“This job has taken its toll — taken a toll on my health, my family, my friends,” Johnson said at the time. “But my integrity has remained intact.”

Johnson and Lightfoot, who began her term in May, have been at odds over the Jussie Smollett case for the better part of a year.

Johnson harshly criticized Cook County state attorney Kim Foxx’s decision to drop charges against Smollett. Lightfoot initially vowed to investigate why the charges were dropped despite compelling evidence that Smollett staged a bigoted attack against himself, only to later back off the comments. Lightfoot endorsed Foxx for reelection last month.

She stood up to the NRA and won. She took on Trump’s war on people of color and immigrants. And she’s working to undo decades of injustice in Cook County. pic.twitter.com/a6YovsPbUd 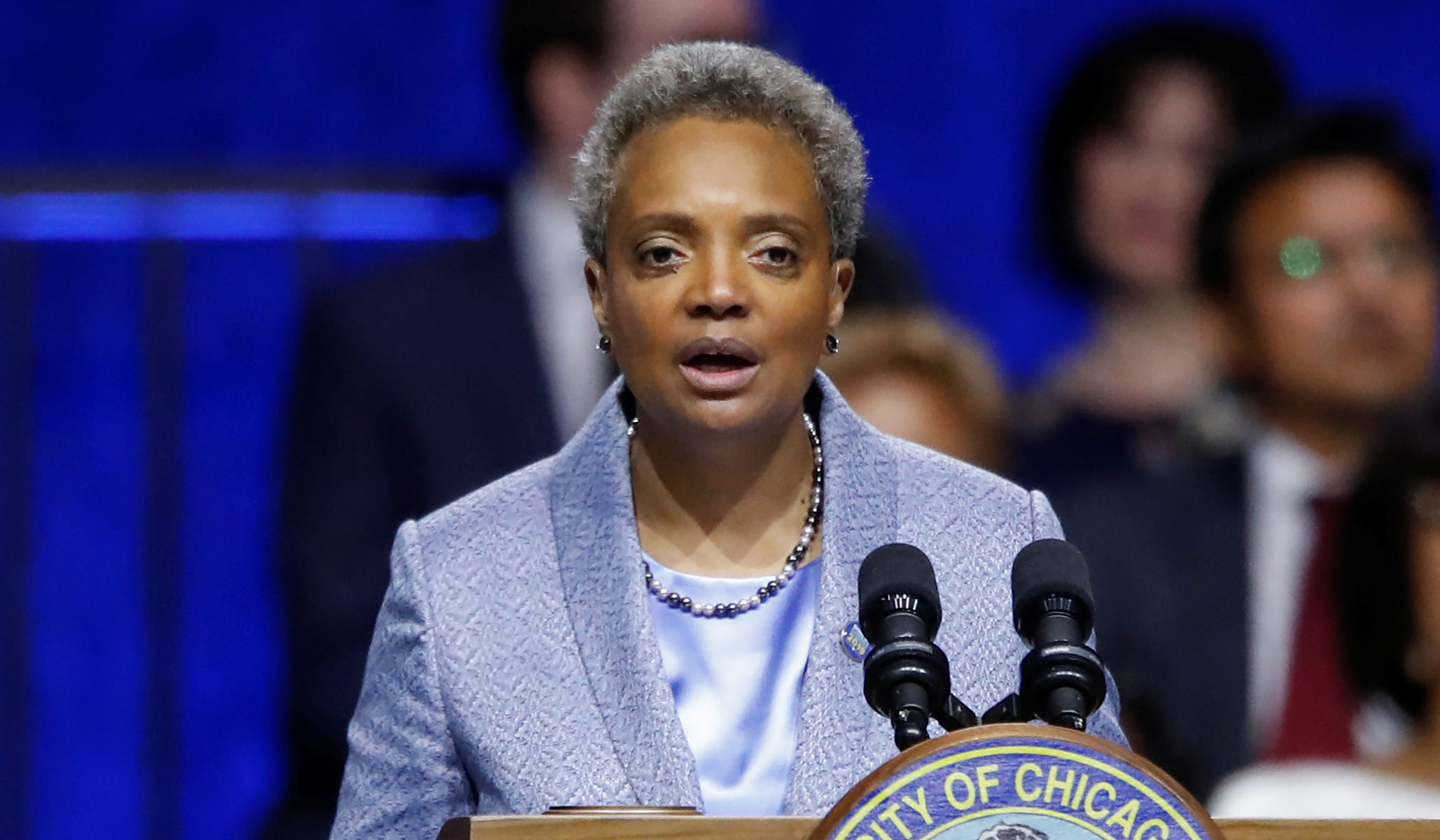