China will impose new diplomatic sanctions against the U.S. in response to Congress’s show of support for Hong Kong protesters, the Chinese foreign ministry announced on Monday, but will steer clear of economic sanctions to avoid exacerbating an economic slowdown.

The U.S. House and Senate approved the Hong Kong Human Rights and Democracy Act in early November with a veto-proof majority, and it was signed by President Trump on November 27. The legislation targets officials believed to be involved in human rights abuses carried out in response to the pro-democracy protests that have roiled Hong Kong since June.

Chinese foreign ministry spokesman Hua Chunying said on Monday that China would retaliate by preventing U.S. Navy warships from docking in Hong Kong, and would also impose sanctions on several American non-profits, including the National Endowment for Democracy and Freedom House. American ships were already prevented from refueling in Hong Kong in August.

“This seems to be an empty threat because these groups don’t operate inside mainland China,” Patrick Poon, a researcher for Amnesty International based in Hong Kong, told Bloomberg. “But if there are more tangible threats on staffers and representatives for these organizations operating in Hong Kong, it would be a serious clampdown on freedom of expression.”

China and the U.S. are currently locked in a trade war that has put pressure on both countries’ economies, as each side has imposed tariffs on a range of goods. The resulting economic pressure has left Chinese president Xi Jinping with few options to retaliate against the U.S. over the Hong Kong legislation.

President Trump currently seeks to sign a trade deal with China that would lift some of the tariffs imposed by both countries, although it is not clear if or when a deal would be finalized. 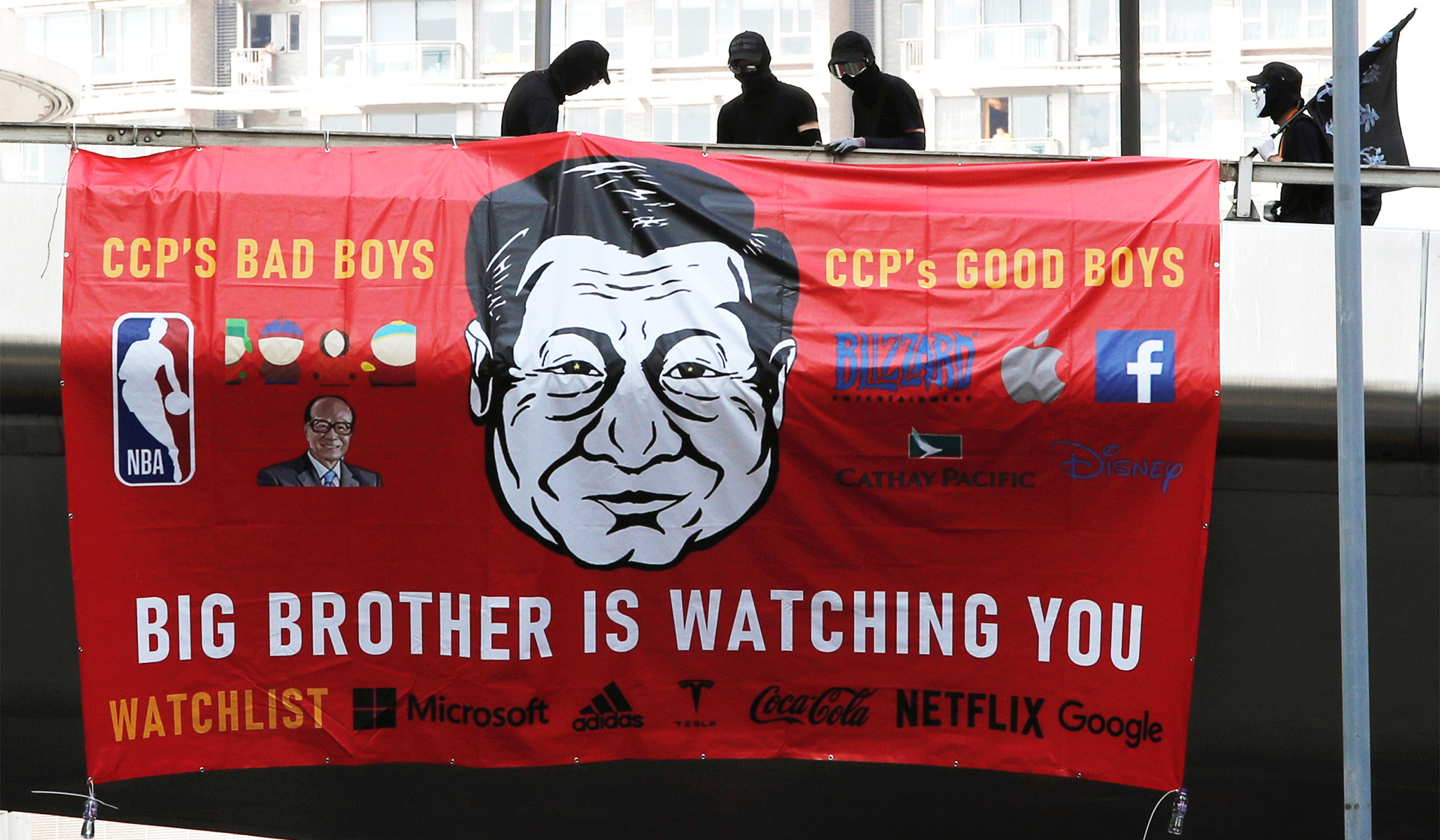