A bipartisan group of lawmakers sent a letter to Apple CEO Tim Cook on Friday urging him to “demonstrate that Apple puts values above market access” by reversing a decision to remove an app that allowed pro-democracy protesters in Hong Kong to track police officers.

The app, HKMap.live, used crowdsourcing to let users know where police were positioned, as well as the locations of water cannons and tear gas.

Hong Kong has been roiled by violent protests for months. The demonstrations began in response to the introduction of legislation that would have allowed the extradition of suspected criminals to mainland China, and have since expanded, in the wake of the bill’s withdrawal, into a broader call for increased human rights protections and democratic reforms.

“In promoting values, as in most things, actions matter far more than words,” the lawmakers said.

The letter urges Apple to reverse the company’s decision to censor at least 2,200 apps in China “at the behest of the Chinese government” and instead “stand with the brave men and women fighting for basic rights and dignity in Hong Kong.”

Some Chinese sponsors of the NBA pulled their support several weeks ago after Houston Rockets General Manager Daryl Morey tweeted and deleted a logo with the phrase, “Fight for Freedom. Stand With Hong Kong.” The NBA then released an apologetic statement distancing itself from Morey’s tweet, a move that was met with severe criticism in the U.S.

“You have said publicly that you want to work with China’s leaders to effect change rather than sit on the sidelines and yell at them,” the bipartisan group of lawmakers told Cook. “We, too, believe that diplomacy and trade can be democratizing forces. But when a repressive government refuses to evolve or, indeed, when it doubles down, cooperation can become complicity.” 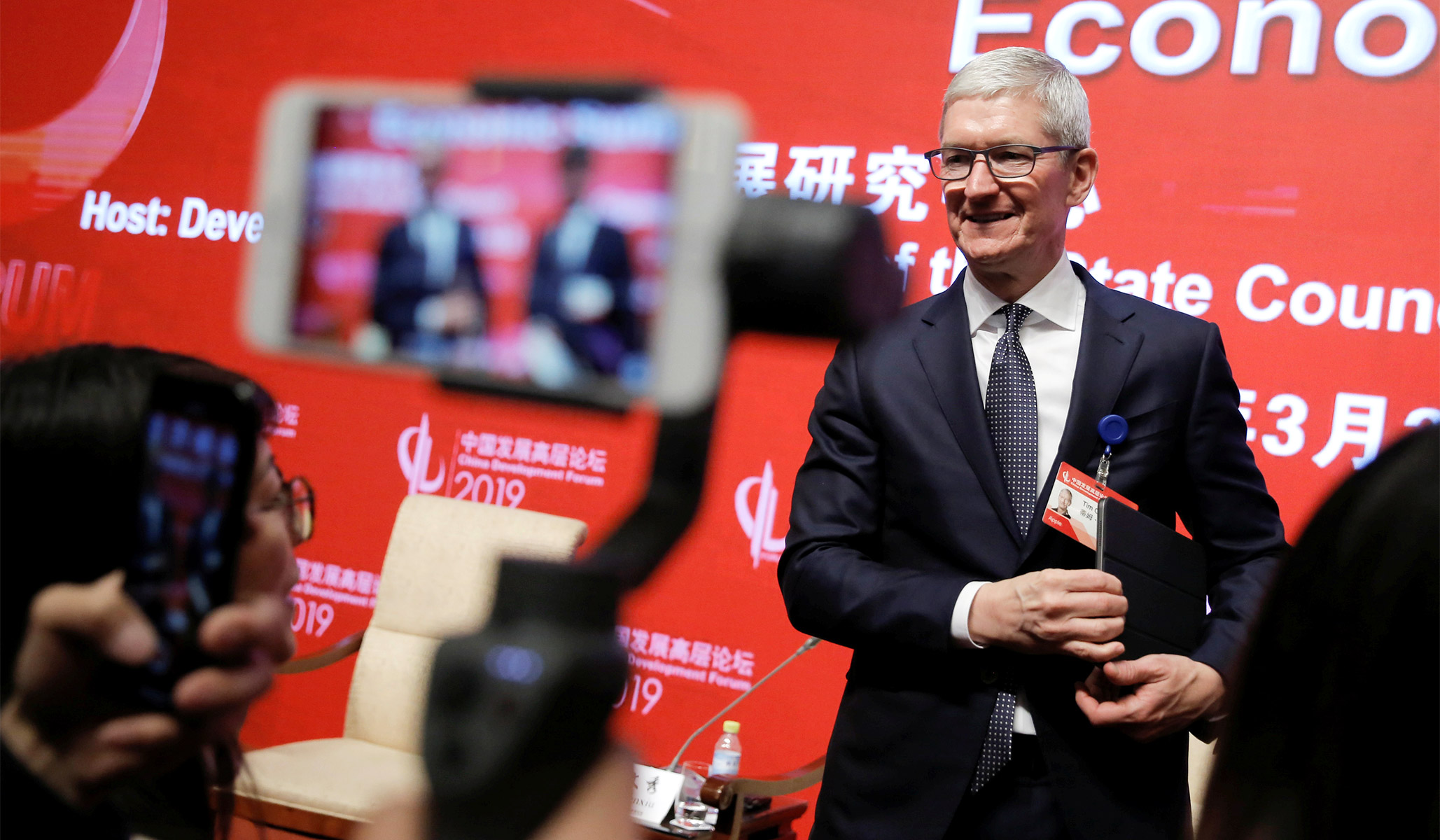