Germany expelled two Russian diplomats on Wednesday after prosecutors determined that Russia ordered an assassination of a prominent Chechen separatists in Berlin.

On August 23, a man on a motorcycle shot and killed Zelimkhan Khangoshvili, the separatist who is often termed a terrorist by Russian authorities, in broad daylight. The assassin was captured shortly afterward but has refused to cooperate with the German investigation.

“There are sufficient, real indications that the killing of [separatist Zelimkhan Khangoshvili] was carried out either on orders by the officials in the Russian Federation or those in the autonomous Chechen Republic, as part of the Russian Republic,” read a statement from the office of German federal prosecutor Peter Frank.

On Tuesday the investigative outfit Bellingcat reported that it had verified the identity of the assassin as Russian national Vadim Krasikov, who was himself a suspect in the murder of a Russian businessman in 2013. Bellingcat concluded that Krasikov likely had help from the Russian government in carrying out the August 2019 assassination.

Frank said that German investigators had gathered sufficient evidence of Russian involvement within the past few weeks . to justify the expulsion of diplomats. Russian foreign ministry spokeswoman Maria Zakharova said the expulsion of the country’s diplomats was based on “groundless and unfriendly” assertions.

“We will be forced to implement a set of measures in response,” Zakharova warned.

In March 2018, former Russian spy Sergei Skripal and his daughter were poisoned in Britain with a rare nerve agent known as novichok. The Skripals survived, and British authorities later charged two Russian operatives in the case.

President Trump ordered the expulsion of 60 Russian diplomatic employees from the U.S. in response to the attack, in a move coordinated with European allies. 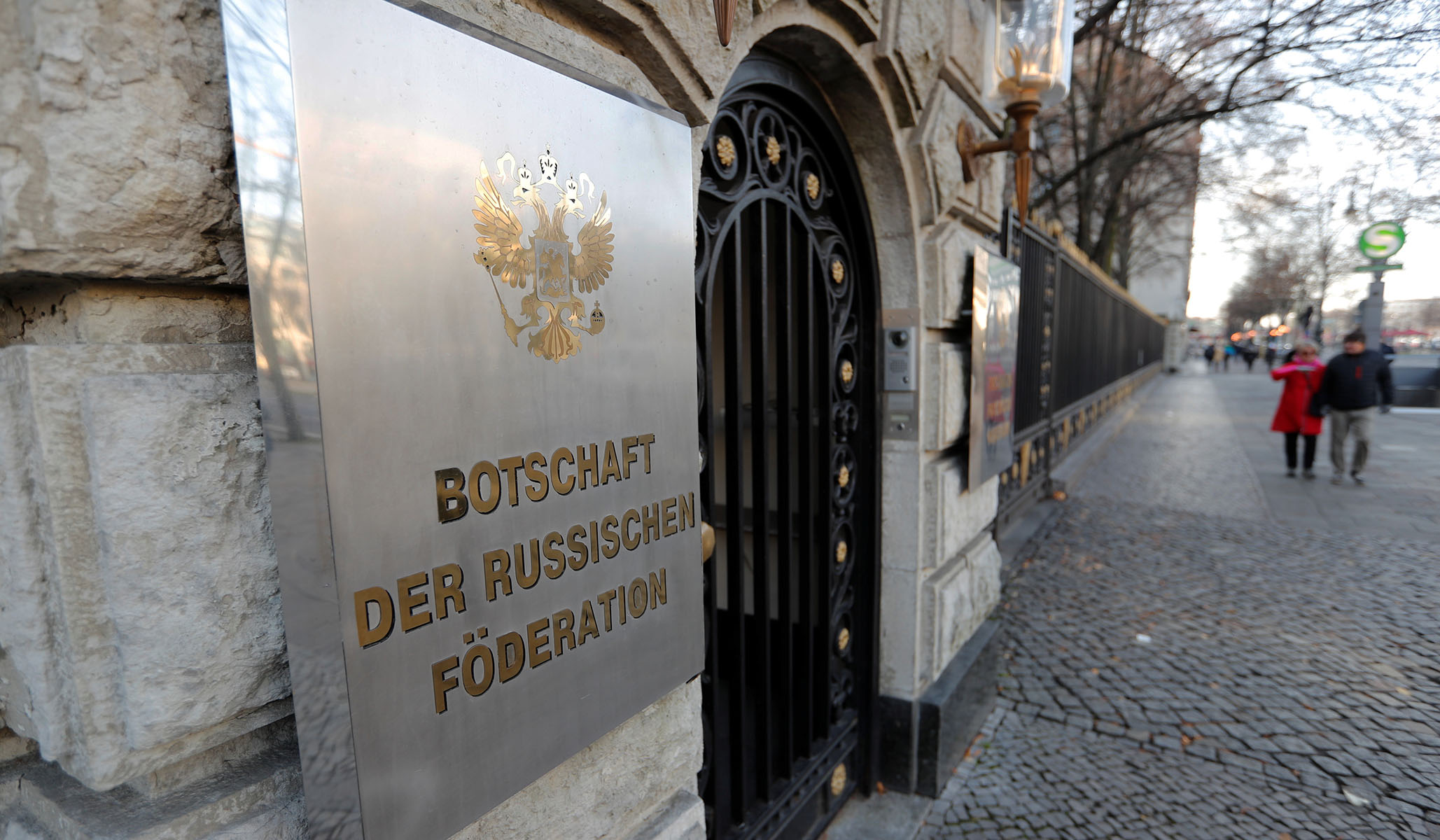