Student protesters at Hong Kong Polytechnic University were besieged Monday morning by police forces that blocked all routes leading from the campus.

Protests began in June in response to legislation that would have allowed extradition of prisoners to the Chinese mainland, in what many in Hong Kong viewed as an encroachment upon their relative independence from China. The protests have grown steadily more violent in the ensuing months as the response of police has become more aggressive.

38 people were injured Sunday as students battled with police at the university, using catapults and bows and arrows to fend off officers in riot gear, according to the New York Times. Demonstrators set a police van on fire while many students were pelted by police water cannons.

Police have told protesters to “drop their weapons” and surrender to arrest, blocking all exits from the campus. About a hundred people demonstrated in front of the police cordon near the university on Sunday, some of whom appeared to be mothers of students trapped inside.

“Most of the people here are parents,” Claudia Mo, a pro-democracy lawmaker, told the Times. “They realize once their children get out they will be immediately arrested. They just want to take a look at their kid and see if he or she is O.K.”

“Please let my daughter go,” said one woman who knelt in front of police officers and threatened to “jump from a building in front of you,” according to the Wall Street Journal.

On Monday, Hong Kong’s high court ruled that a recently implemented ban on face masks was unconstitutional, striking a blow against security forces attempting to use facial-recognition software to arrest demonstrators.

Students at Hong Kong Polytechnic who are arrested and convicted of rioting could face up to ten years in prison. 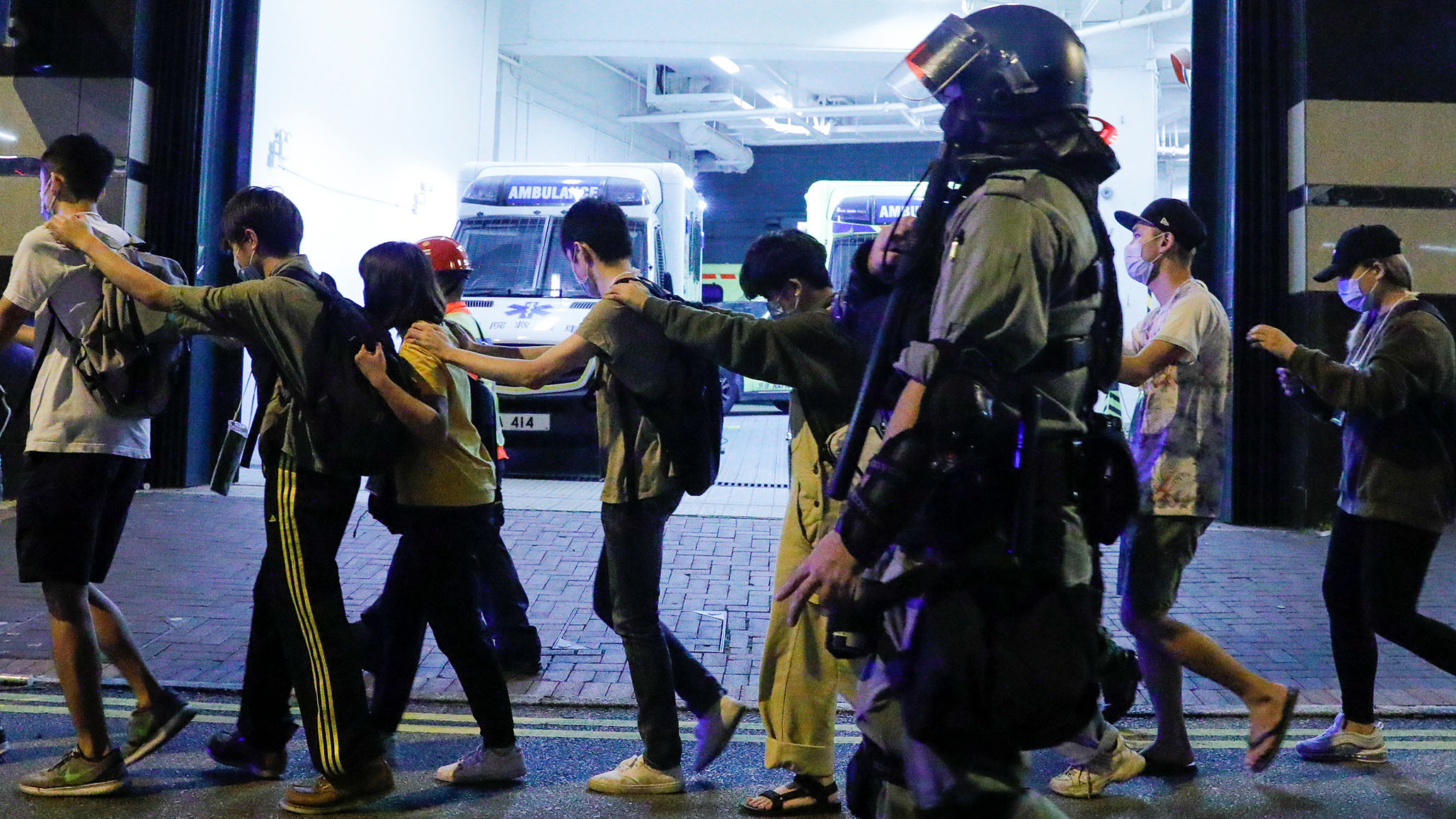