Democratic presidential candidate Kamala Harris described electability as the “elephant in the room” of her campaign and pondered whether America is ready for a woman of color to be commander in chief.

“Essentially, is America ready for a woman and a woman of color to be president of the United States?” Harris said in an interview with Axios on HBO. “There is a lack of ability or a difficulty in imagining that someone whom we have never seen can do a job that has been done 45 times by someone who is not that person.”

Harris has been especially vocal about both racial justice and women’s rights during her 2020 campaign. During this month’s debate, she accused the debate moderators and fellow contenders for the Democratic nomination of failing to adequately prioritize the discussion of abortion rights. The former California attorney general also made headlines during the first Democratic debate in June when she called out former vice president Joe Biden for remarks he made praising two segregationist senators.

“It was hurtful to hear you talk about the reputations of two United States senators who built their reputations and careers on the segregation of race in this country,” Harris said from the debate stage.

“It was not only that, but you also worked with them to oppose busing,” she continued. “There was a little girl in California who was part of the second class to integrate her public schools and she was bused to school every day. That little girl was me.”

Biden made the offending remarks several weeks earlier when he reminisced about bygone days when politics was characterized by a higher level of civility, citing his ability to get along with two segregationist senators despite their differences as an example.

“At least there was some civility. We got things done. We didn’t agree on much of anything,” Biden said. “But today you look at the other side and you’re the enemy.” 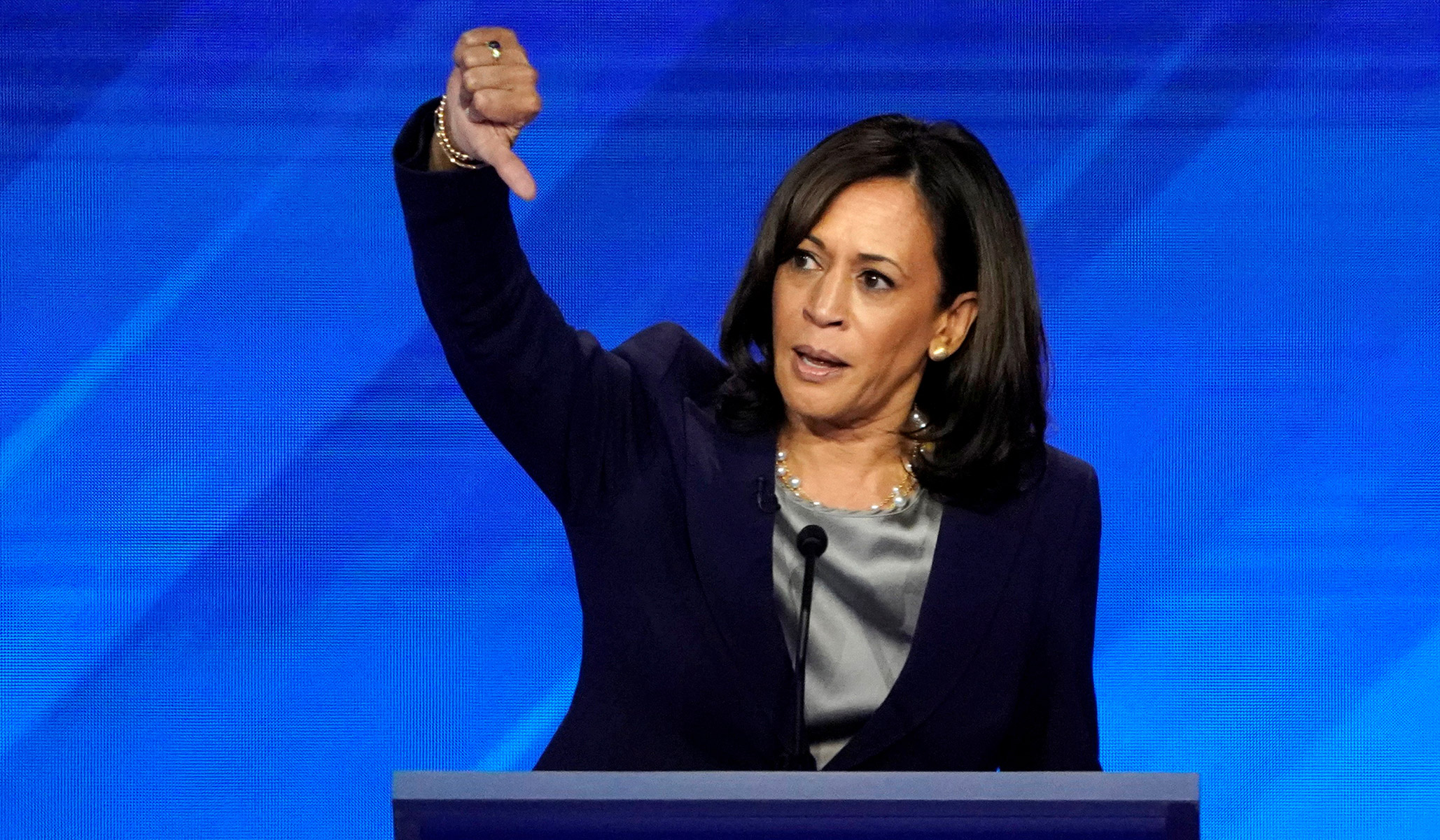