Senate majority leader Mitch McConnell (R., Ky.) lambasted the Trump administration’s decision to withdraw Troops from Syria on Friday, declaring that “America’s wars will be ‘endless’ only if America refuses to win them.”

In an op-ed published in the Washington Post, McConnell — who said on Thursday that he wanted “a strong, forward-looking strategic statement” — called Trump’s withdrawal “a grave strategic mistake” that mirrors “the Obama administration’s reckless withdrawal from Iraq, which facilitated the rise of the Islamic State in the first place.”

In his op-ed, McConnell laid out “three principal lessons” he has learned from the fight against Islamic terrorism in the years following 9/11: “the threat is real,” “there is no substitute for American leadership,” and “we are not in this fight alone.” Despite the recent brokering of a ceasefire between Turkey and the Kurds by a White House delegation, McConnell said the pullback was a “strategic nightmare.”

“Even if the five-day cease-fire announced Thursday holds, events of the past week have set back the United States’ campaign against the Islamic State and other terrorists,” he wrote “Unless halted, our retreat will invite the brutal Assad regime in Syria and its Iranian backers to expand their influence. And we are ignoring Russia’s efforts to leverage its increasingly dominant position in Syria to amass power and influence throughout the Middle East and beyond.”

McConnell also pushed back on Trump’s defense that “the endless wars must end,” a line the president has adopted in recent days after criticism of the decision.

“As neo-isolationism rears its head on both the left and the right, we can expect to hear more talk of ‘endless wars.’ But rhetoric cannot change the fact that wars do not just end; wars are won or lost,” McConnell argued, and concluded by calling for a re-commitment to “our Afghan partners as they do the heavy lifting to defend their country and their freedoms from al-Qaeda and the Taliban.”

McConnell has long been a critic of Trump’s motivations to withdraw troops from Syria. “While it is tempting to retreat to the comfort and security of our own shores, there is still a great deal of work to be done. We’re not the world’s policemen, but we are the leaders of the free world,” he said in January after the initial news of Trump’s planned pullback. 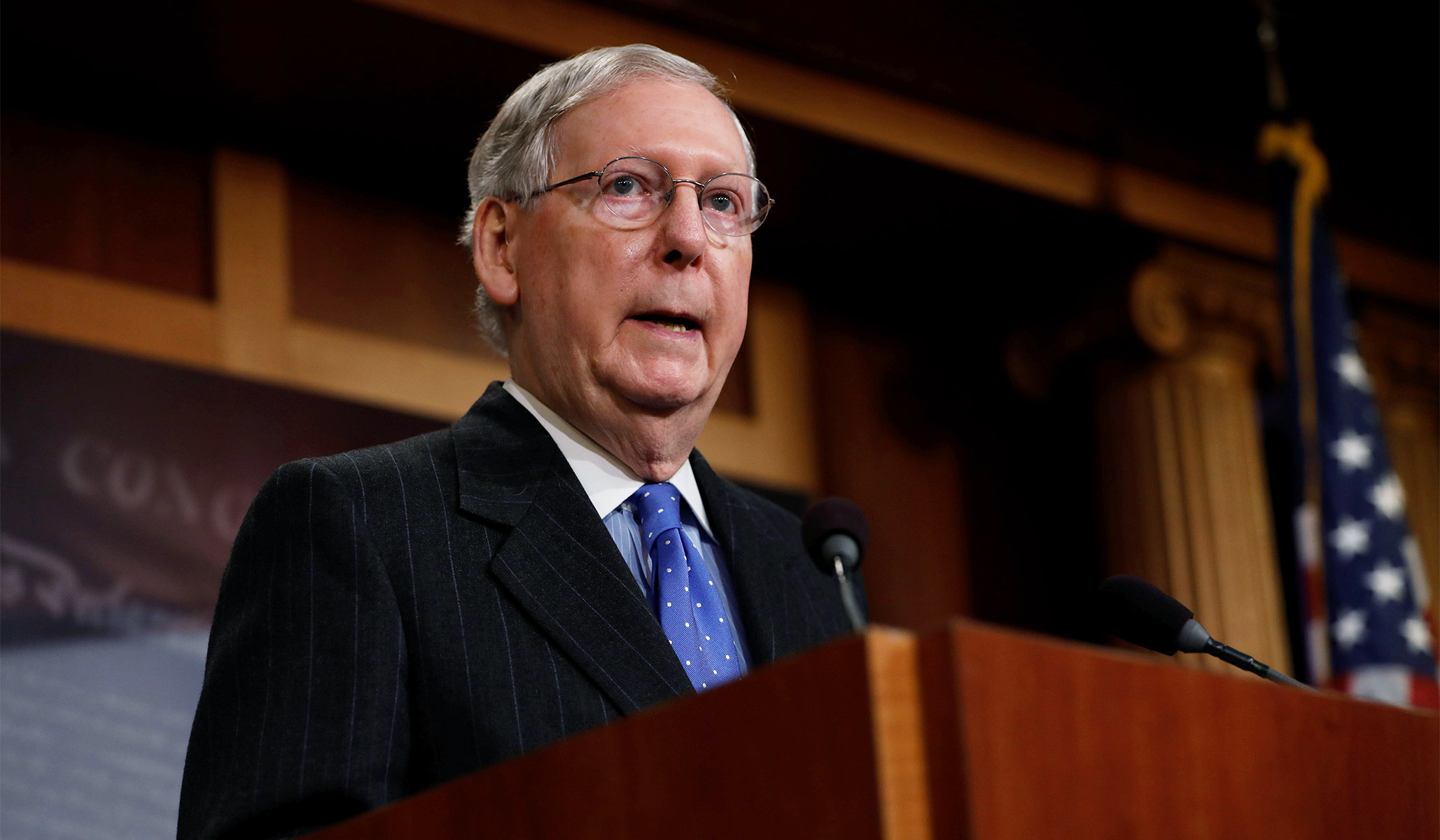